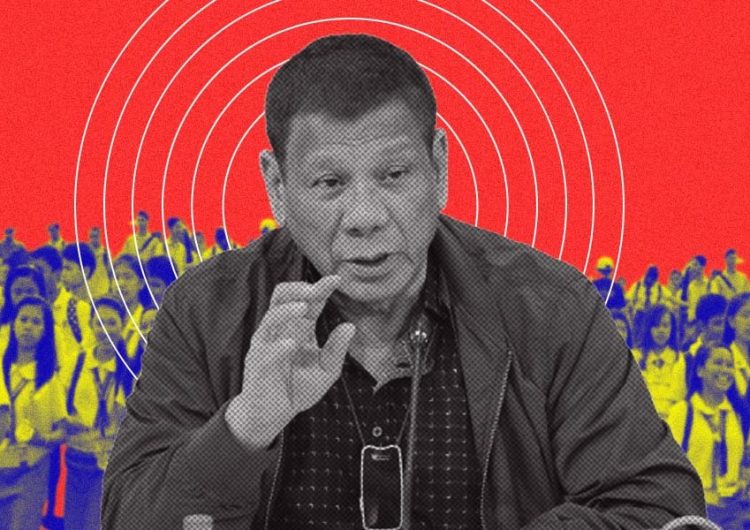 In last night’s address by President Duterte, we didn’t hear urgent, strategic plans towards pressing issues, but instead got an idea of what a pronouncement from the country’s highest official shouldn’t be: hammered with misogynistic remarks, false claims and unnecessary threats.

Prior to this, Ateneo de Manila University students launched a mass strike to call attention to “government negligence” especially amid the pandemic and recent typhoons. After pleading with officials to take immediate action on calamity aid and pandemic response—or else they would stop submitting school requirements, the students got a response from presidential spokesperson Harry Roque: “Loko-loko,”  he called them.

Aside from red-tagging the UP System for allegedly being a hotbed of communist rebels, the President’s statement was problematic for assuming too much. In the words of Twitterverse since last night: “Is it your money?”

In case anyone has forgotten, funding for SUCs (state universities and colleges) comes from taxpayer money, as verified by the National Tax Center of the Department of Finance. “Keep in mind that the subsidy you receive came from Filipino taxpayers,” then Department of Budget and Management secretary Benjamin E. Diokno said in 2018, in a speech about funding SUCs for global education competitiveness.

Threat to defund UP

In an interview with ABS-CBN News Channel, Senator Francis Pangilinan was asked if the President can defund UP.  His answer: “No, that would be legally infirm.”

Froilan Cariaga of the UP Diliman University Student also said that this  ultimately ignores the university’s call to end the semester.

In the middle of calamities and a pandemic, students should be heard, not threatened. This is what Kabataan Partylist Rep. Sarah Elago stressed. “Focus po tayo sa issue. Mr. President,” she said.

In September this year, Elago called out the “unacceptable” budget cuts in the SUCs as seen in the Commission on Higher Education’s 2021 allocation, and demanded that Congress restore these cuts.

The President’s threat to defund SUCs because students have spoken up against government incompetence through a mass strike belies what he once said that people are free to criticize. They’re doing just that, but is he even listening?

SHAREAnyone who’s the slightest bit familiar with Studio Ghibli has seen at least...

SHARECebu and Davao, get ready for an introduction to Hungarian cinema as the...