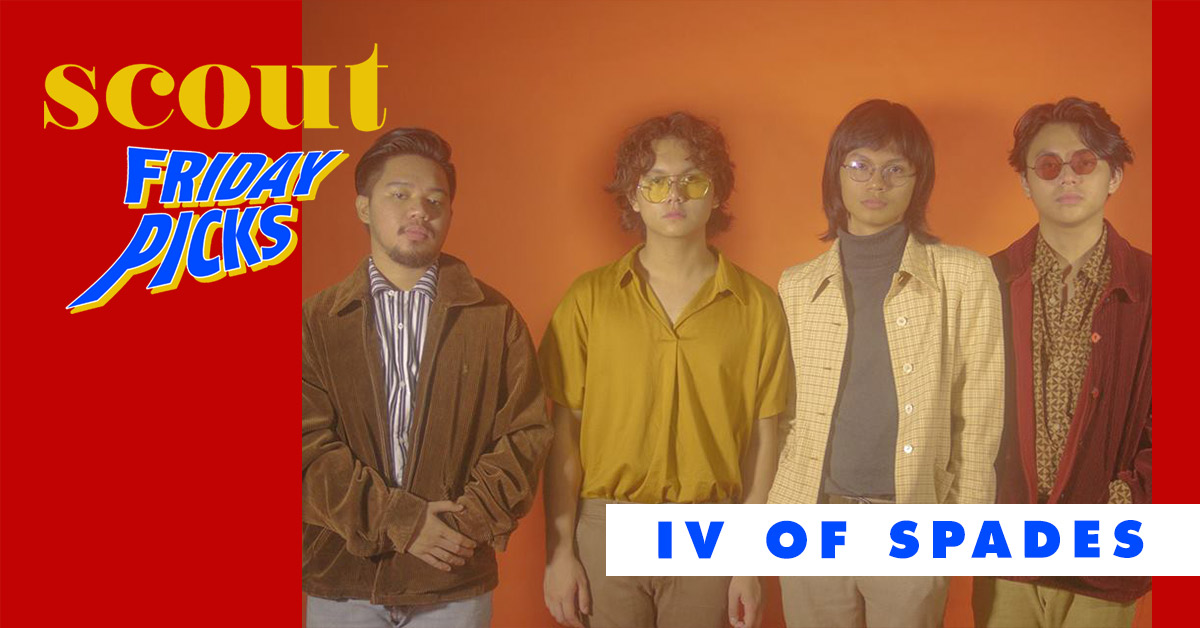 It’s Friday and for this week we’ll be exploring the evolving sound of local band IV OF SPADES (who will be performing during our music fest!). You might find their name a little familiar since they’ve competed for Wanderband 2016 and were selected as one of the contest’s top 10 bands.

Since listening to music from the ‘70s, the IV OF SPADES’ sound has developed into something funkier thanks to percussive guitar riffs and highly prominent bass lines. Their songs give off a type of beat that will have you swaying before you know it (the members have mentioned that even their grandmas approve of their latest single, “Hey Barbara, ” and we do too). It’s got a mix of soul and that nostalgic sound we miss from the OPM bands of the mid-2000s, as evidenced by their earlier songs “Ilaw Sa Daan,” and “Mundo.” Though they’re currently recreating their sound, their music remains what it is–pretty damn good.

Curious as to what kind of songs influenced their new beat? Go on and check out Zild’s, Unique’s, Blaster,’s and Badjao’s picks here:

The words are vague and interesting. You may not fully understand the meaning of the song, but the mystery brings you back to try and analyze it deeper.

The song was inspired by Fransz Liszt. It’s really interesting to see how a band creates songs from their own inspirations.

Michael Jackson – “Don’t Stop ‘Til You Get Enough”

Everything in the rhythm section was placed right–the pattern of the percussion up to the powerful brass section. This song proves that you can make people dance with one chord (verse, choruses, etc).

The lyrics are narrative. My recommended song while driving your truck while sunshine and hot air strike your face.

It makes you dance and alive (lol).

Another song to make you dance.

The songwriting in this song is very pure and innocent. The bass line is one of the most remarkable melodies that was made in the history of bass composition.

This song introduced us to our new identity. It’s wild.

Never ever forget the local scene. This band is iconic and their songs can be recognized by the millennials up to your lola who goes to the ballroom every Saturday. The production of this song is still relevant in our time today. Admit it, this song would make your body groove.

SHAREI live in Las Piñas, but a lot of my relatives and friends...