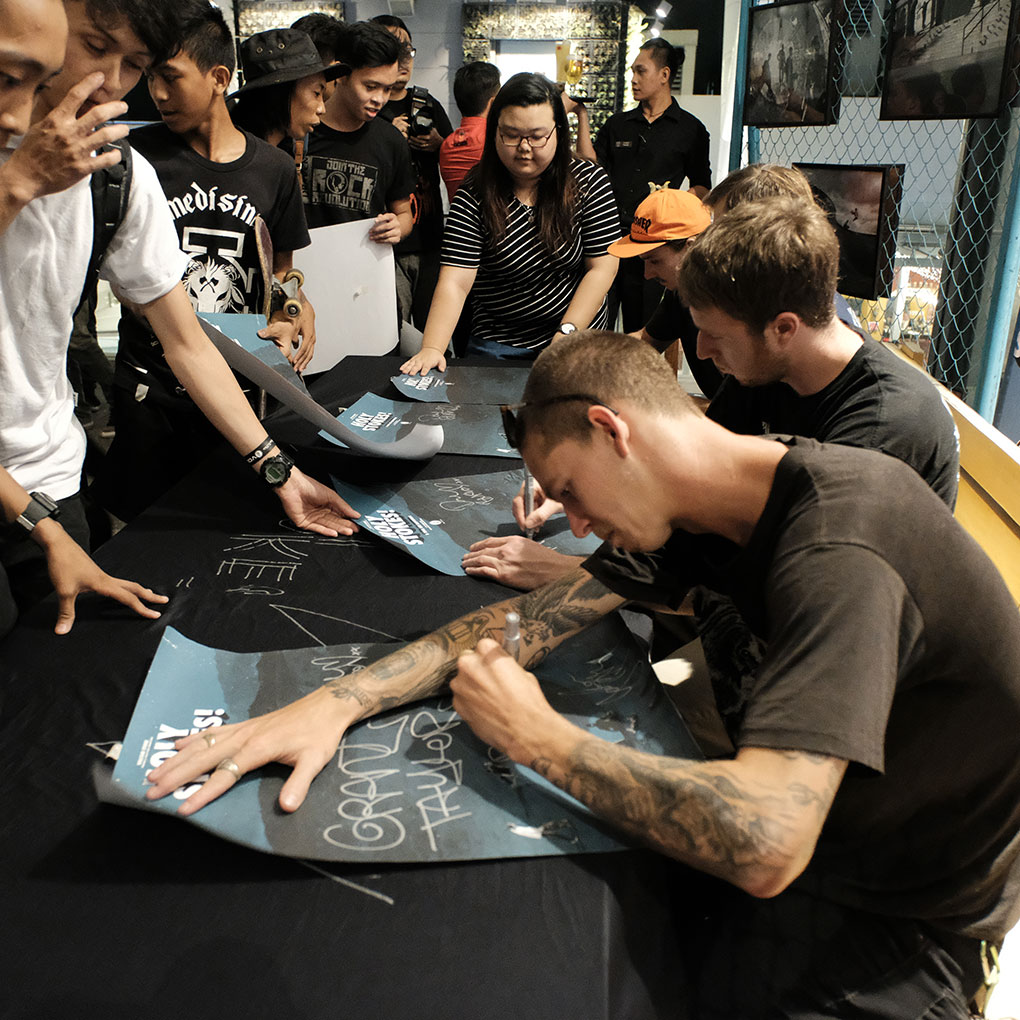 Fans lined up to have their posters and merch signed by the pro skaters in attendance.
SHARE

On May 30, 2016, the Philippine premiere of Volcom’s latest feature film Holy Stokes! held at Century City Cinema shook skaters and skate lovers alike, with its documentation of the triumphs and struggles of skateboarders and their never ending chase for new thrills.

The film was produced by Veeco Productions and was shot entirely in 4K ultra high-definition, meaning the film was chock-full of beautiful HD shots of skateboard wizardry from numerous street legends and up-and-coming talents. It successfully captured the adrenaline-pumping skateboarding tricks that showcase the highs of the sport, and the heart-hammering accidents that inevitably happen alongside it. One doesn’t have to know much about the sport of skateboarding to appreciate the art and beauty captured in the film.

Pro skaters like Grant Taylor, Collin Provost, Dane Burman, and Jackson Pilz, who are included in the cast of the movie as well, flew to our country to be present in the screening and meet the fans that came to seem them and watch the film.

But the buzz of the night did not end at the premiere. To end the successful event, Volcom had a celebration after the screening and treated guests to food and drinks at 12 Monkeys Music Hall and Pub, accompanied by live music from performers Mathe Band, Solo El Fuerte, Bleu Rascals and Sandwich. The post-movie party created an atmosphere of rock music excitement similar to, but not quite the same as, the emotions experienced inside a skate park.

Overall, the night was filled with pure buzz and electrifying excitement surrounding the event. The film itself is definitely a must-watch this summer for those who want to discover and experience the thrill of skateboarding.

Holy Stokes! will be available on iTunes, Amazon, GooglePlay, xBox and Vimeo on Demand starting on June 7th.

Check our pictures from the event in the gallery above.

Also, you can watch the trailer below.

SHAREThe perpetually unimpressed bald hero with a deadly single punch is finally getting...