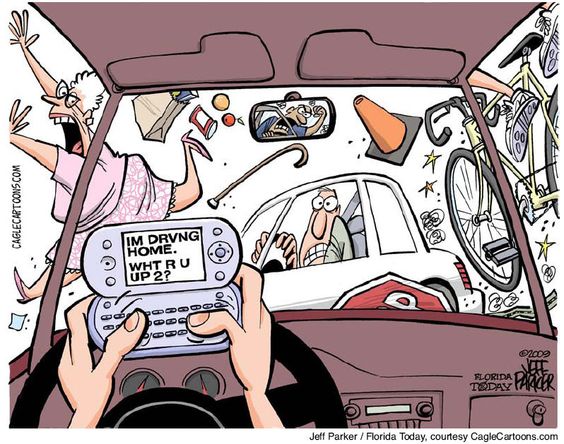 I’m guilty of using my phone while driving. Despite the never ending reminders from the TV, road signs, and even from my mom, I can’t seem to keep my hands off my phone. I probably think that I’m a Fast and Furious driver that can do almost anything behind the wheel. But I guess the government forced me to take a detour because they just approved the bill prohibiting drivers from using mobile phones while driving. Farewell to my cool driving snaps!

Senate Bill No. 3211, also known as the Anti-Distracted Driving Act, prohibits motorists from using any kind of mobile communication device to send, read or compose all sorts of text-based messages or to make and receive calls. The bill also prohibits all kinds of electronic entertainment devices and computing devices from being used while driving. Although the government acknowledges how important technology is, they still to prioritize road safety. The government declared this policy to “safeguard its citizenry from the ruinous and extremely injurious effects of vehicular accidents.”


Of course to every rule, there are exceptions. One can use a mobile device if there is a hands-free option to aid the motorist. The use of speakerphones, earphones, microphones, or anything that will enable the motorist to use the mobile device without handling is acceptable. It is also important to know that other than the hands-free rule, the placement of the mobile device should not interfere with the motorist’s line of sight. This bill, however, doesn’t apply to people that are using mobile devices for emergencies, or those operating ambulances, fire trucks, and similar vehicles.

And if you’re asking, stopping momentarily at a stoplight doesn’t give you the freedom to use your phone. You can continue updating your Twitter once you’ve reached your destination.

For those that really can’t let go of their phones, maybe these suggested penalties will help you. Breaking the law isn’t cheap.

Don’t worry; the passing of this bill is for everyone’s safety. We’re hoping that it passes deliberations and turns into a law soon.

To know more about the bill, check out a copy of the bill itself here.

SHAREIn 2019, Off-White was declared as one of the hottest brands in the...

SHAREA cyberpunk metropolis bathed in neon lights. A stray cat with a penchant...