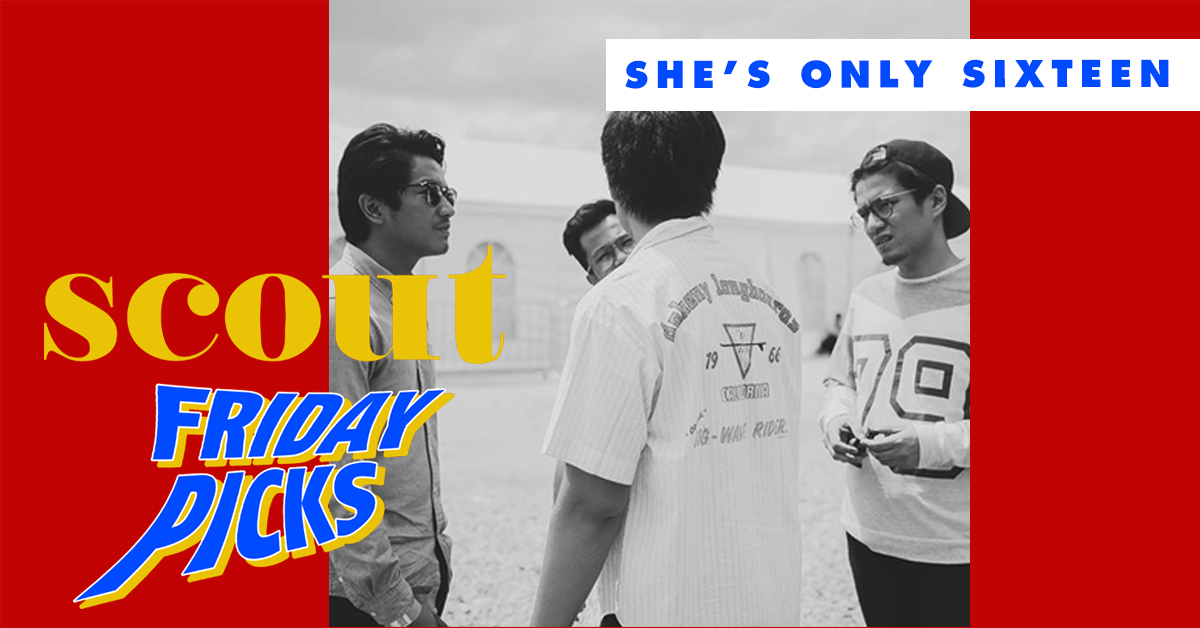 Roberto Seña, King Puentespina, Andrew Panopio, and Anzo Silvoza of She’s Only Sixteen released their eponymous EP last 2012, and five years later they’re finally releasing their second project. Their infectious sound has kept them afloat for many years, and their upcoming release is both a big reward to longtime fans and a delicious sonic treat for new listeners.

It’s 4am and you look at the group of people you’re with in a party.. you’re just tired of everyone’s drunken rambling and you just want to go home. That’s what this song sounds and feels like. – RS

You’re a little buzzed (or really fucked up), and you’re in your uber and the billboards along EDSA are making you space out. Enjoy the trip. You wake up and you’re home. (Vomit optional) – RS

You hate going out, but you do anyway. The duality of man, huh? – RS

Reminds me of driving on really long road trips. Especially when the sun either sets or rises when on the highway. The song has this pastel kind of soul to it. – KP

7. Sunbeam Sound Machine – “In Your Arms”

This song makes me feel like I’m melting in my bed with scenes from my whole day flashing quickly through my head. I’d sit down and reflect to this kind of song. Maybe don’t play this in a room of people unless you want everyone to get all emotional. – AP

I don’t really understand most of the words Connan’s singing in this song. That’s okay, I’m not one for lyrics and i don’t think Connan was trying to be coherent anyway. Dancing to this song feels like you’ve had a few drinks and you’re too tired, so you just have this awkward half hyper half lazy move going on. Eventually you’ll just sit down and bob your head. – AP

Life is hard, you make bad decisons and you make some good ones. No one asked you to drink all that Tanduay. Why did you do it? What are you running away from? – RS

SHAREIn an era where we’re relentlessly inundated with information, taking a day to...