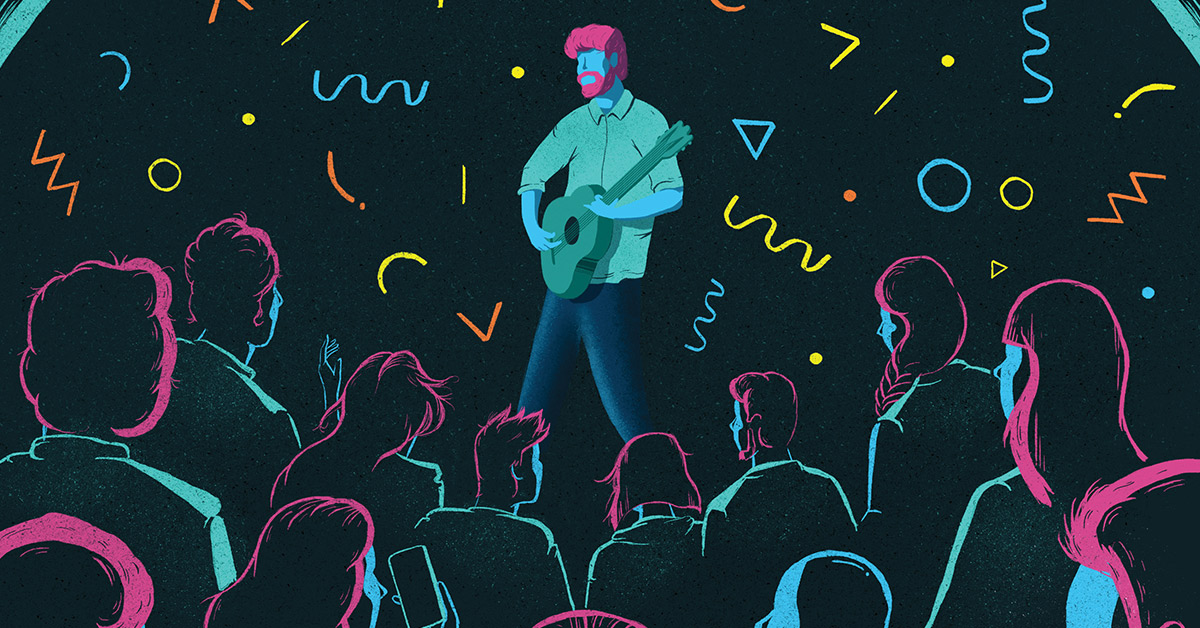 After the self-destruction of Fyre Festival, unequivocally unequivocally the biggest failure of the year so far, we’re starting to wonder if the people behind the event actually knew what they were doing when they wanted an exclusive party in the Bahamas.

In light of throwing our own for our third birthday—aptly named the Scout Music Fest—on Aug. 5, we asked some event experts about all the important ingredients that go into the recipe of successfully throwing a music festival. Here’s what they told us.

Think up a kick-ass theme

You generally don’t even need to be reminded to do this, as this is what most people will think of first. It’s got to be something creative and engaging, but not overbearing—something people will be game for if they want to be, but also something people can get into with minimal effort if they’re not completely feeling it.

For the Scout Music Fest, the theme was ’80s Cali. You don’t have to follow it to the letter, but you’ll find that it’s not something you’ll need to go overboard for.

The money you’ll need to throw a huge event like this one is important—to make sure that your estimate covers all your requirements. You will need to find sponsors for your event to make things easier (more on that later) but you should also be ready to shell out your own money for the event you’re throwing.

Get the right acts for the party

Real talk: The strength of our Scout parties for the last few years lies almost solely in the acts who have been great enough to play for us every year. Think about it—the lineup is what people go crazy over. This year, our friends are coming back: Autotelic, Jensen and the Flips, Jess Connelly, BP Valenzuela (whom you’ve seen earlier in this issue), Oh! Flamingo, and a lot more. Without the acts in our lineup, we know you wouldn’t really be as hyped for it.

Come correct with the logistics

Now that you’ve figured out your theme, your lineup, and how much money you’re gonna need, it’s time to put some of your budget where your mouth is. You’re gonna have to make sure you’ve got the right venue, and that all your suppliers for the stage, set, sound system, etc. are the best around—and normally, by this time you should have a network of suppliers you can swear by.

“We need to identify which items are crucial for a music fest, like the sound system and production team for a music fest,” shares marketing manager Jellic Tapia. They’re separated from other items on the list that can be taken care of by any supplier with the best rate and quality, so you’re going to have to do a lot of homework for things to go off without a hitch.

Get money (by getting sponsors)

You’re going to need more money to throw a good show, and this is where your sponsors will help you.

You can’t just get any random brand willing to sponsor you, though—they still have to be in line with your brand and your party. “Find brands with the same market, age, and interest,” says Jellic. These usually aren’t too hard to find; you may even not have to look around that much for them.

But getting them to come on board is usually the tricky part. “It’s not enough that you have the promise that your festival’s gonna be lit and that’s it,” says account executive Charm Banzuelo. “Potential partners have their own objectives in their specific organizations, and they have varying resources too, so it will all boil down to how your offer can meet their needs.”

Link up with partners

You wanna make sure your festival does better and gets more mileage? Inviting partners to be a part of your event, whether it’s your venue partner or your media partners, goes a long way—they don’t have to spend any money on you, you don’t have to spend any money on them, and both parties get benefits from the alliance. It still takes a little finesse to land partners, but not needing to shell out money makes it easier, in theory.

Promote the hell out of your party

While you’re getting your shit together, you also have to remember to start some buzz for your event. And in 2017, putting up flyers and telling your friends about it (both in real life, and in social media) isn’t gonna cut it—you’re gonna have to put up a campaign with all the bells and whistles.

That also means figuring out the best approach. “I always go heavy on digital,” shares Jellic. “It’s a hit since we’re now in a digital world. Everybody’s on Facebook, Twitter, Instagram, etc. It’s the fastest way to reach people—with just one click, with just one post, you can communicate with your target market. You can get your reach, engagement, impressions right away.”

But you also shouldn’t overlook the power of word of mouth, as well. “I’m also a fan of PR—whether it’s through influencers, word of mouth, bloggers, or other media partners,” says brand marketing supervisor Ina Rodriguez. “It’s an effective way to communicate that you’re not the only one interested in your own event. That even the influential people look forward to it and they’re all excited about it.”

This story originally appeared in Scout Magazine May – June 2017 and has been edited for web.

SHAREWhile society’s in flux, it’s safe to say that creatives in isolation are...