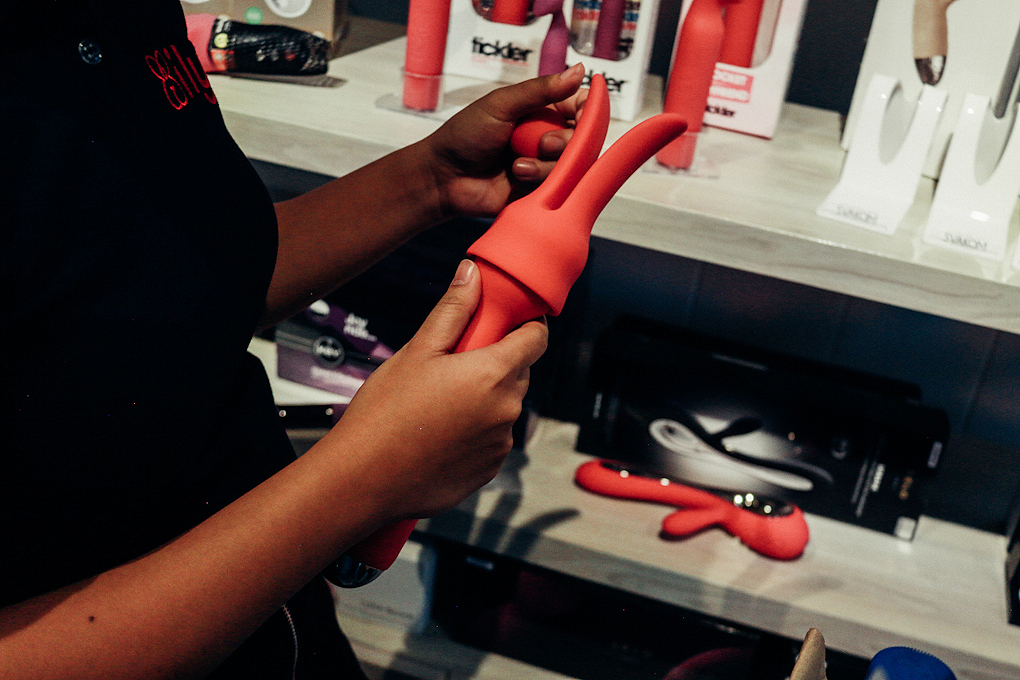 Two things you should probably know about me before you start reading this article:

At my early twenties, I’m open to experimenting with new things and discovering more about what my body likes and doesn’t like, whether that includes the participation of a living, breathing person or not. And hey, since I can’t find an actual human I’m attracted to enough to do the deed with, why not go for a battery-operated toy friend?

This attitude towards even just talking about sex is still highly prevalent in the Philippines, a conservative Catholic-dominated country. Everyone’s hush-hush about it, to the point that sex shops are concealed and attempting to visit one is considered “sketchy.” 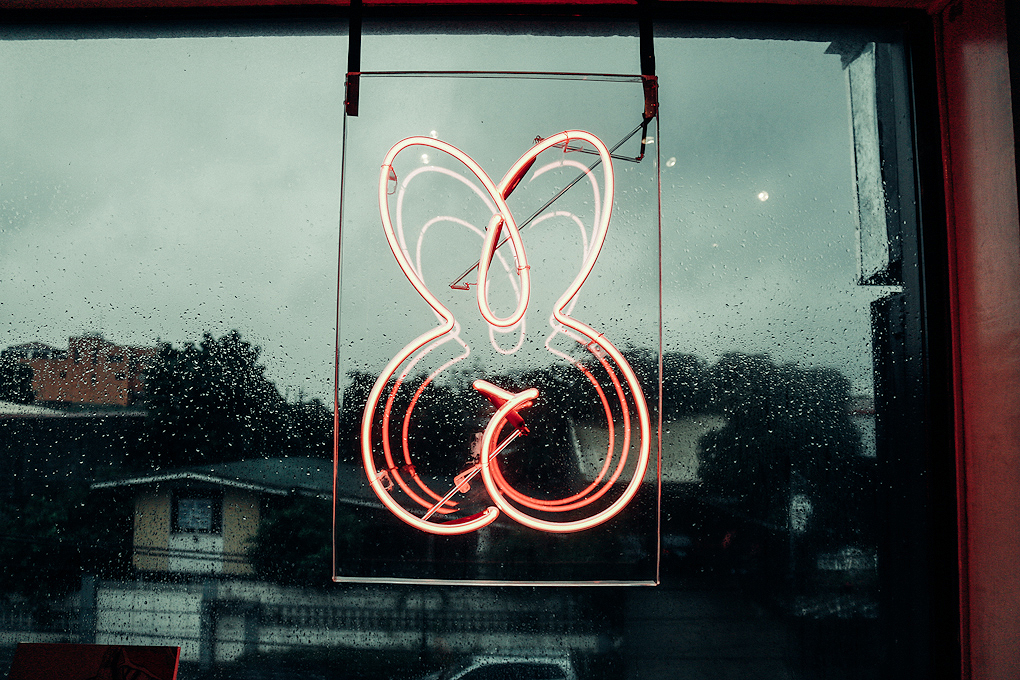 Ilya’s logo is a combination of a cute neon pink butt and a pair of bunny ears.

Thankfully, the sex gods have given us Ilya, a shop located in Maginhawa created with a fresh and fun perspective towards fucking (both yourself and your partner!).

It was in fact co-founder Arvin Alvarez’s own experience at a local sex store that prompted the beginning of Ilya. Her business partner AJ Osmeña had dared her to visit a shop along Quezon Avenue and the experience wasn’t like what she imagined.

“Kaya pala may stigma. Because you feel so uncomfortable going into one. The store itself was also really clinical. Tapos hindi masyado accommodating. It felt like we were bothering someone if I were going to ask about it. So parang overall, hindi pala siya okay.” 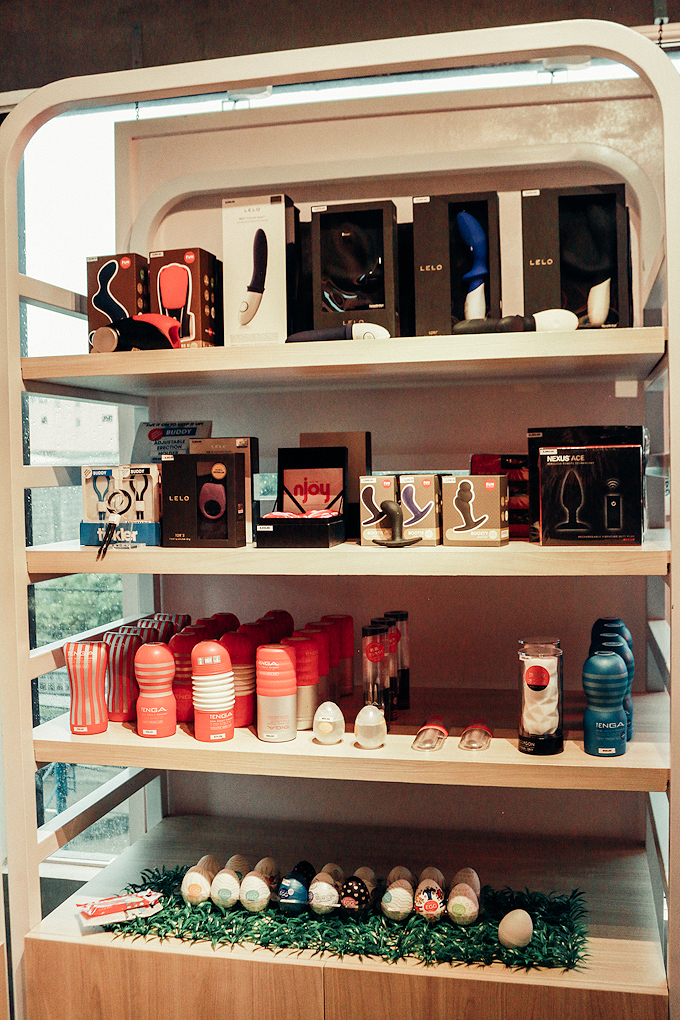 Ilya caters to both male and female customers.

Both founders agreed that a majority of local sex shops had numerous problems in branding. Instead of people growing more empowered when walking into a sex store here in the city, they become forced to keep it a dirty little secret, rather than treat it as a normal and humane act engrained in our nature.

Instead of people growing more empowered when walking into a sex store here in the city, they become forced to keep it a dirty little secret, rather than treat it as a normal and humane act engrained in our nature.

Ilya began in 2016 as an online store. After thoroughly researching about different sex toys, AJ and Arvin worked closely with the folks from Serious Studio to get the web design down—colorful, tropical themed illustrations, fun and suggestive phrases, and a neon pink butt with bunny ears as their logo. Their branding is far from the usual dark and naughty image sex shops usually have.

The co-founders mention that most of the personality of Ilya are extensions of their own. “AJ was really insistent in putting bits and pieces of what we like, of ourselves, like a joke that we enjoy. Ang daming puns available for this industry. A huge chunk of it came from our own conversations. That made it even more fun and enjoyable for us. So buti na lang nag-enjoy din ‘yung iba,” Arvin says. 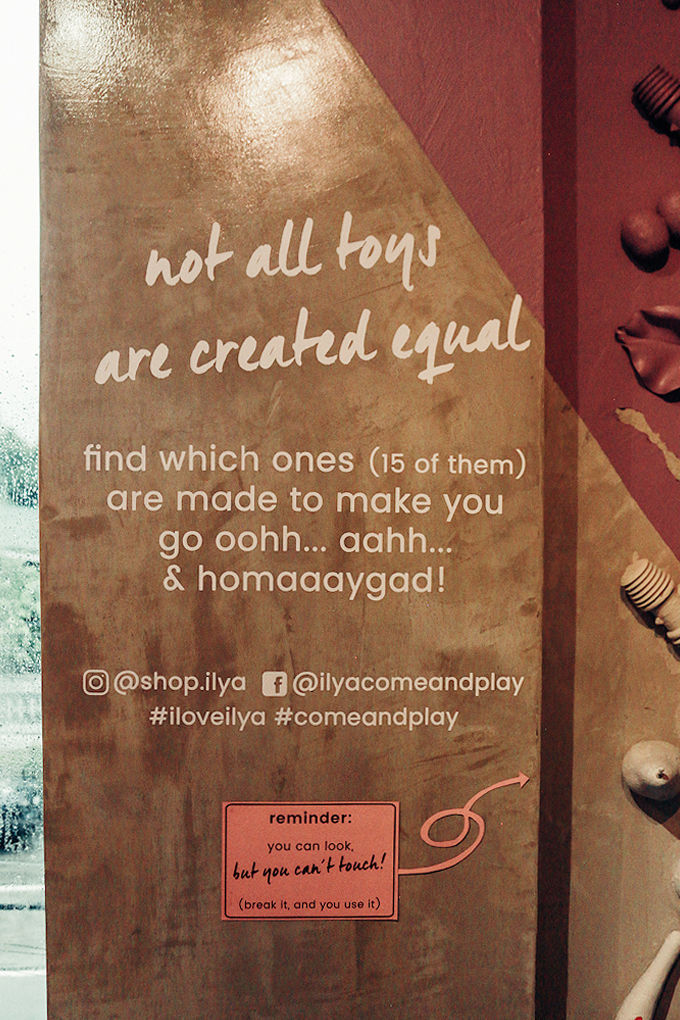 Before anyone can walk into Ilya’s physical shop, there’s a doorbell people need to ring in order to signal the storekeepers towards the customers. This is so that they can personally greet you and make you feel welcome. It was raining when we got to their Maginhawa store, but that didn’t cause the store interiors to be any less cozy. 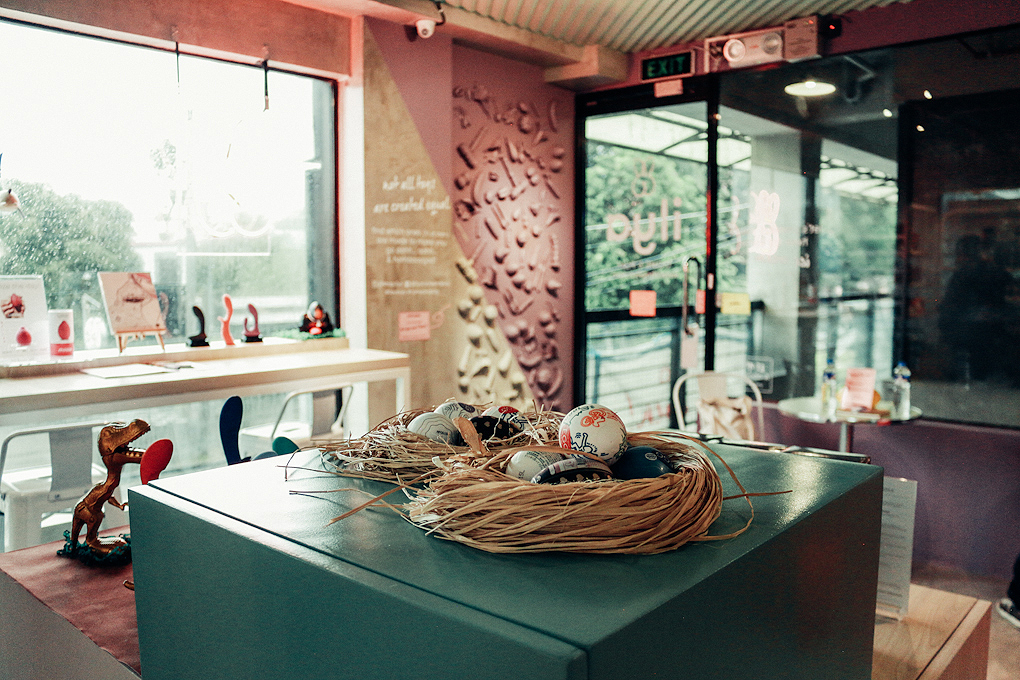 Ilya’s physical store reflects every bit of the fun you see on their website. The puns are on their walls. Vibrators that resemble dinosaur figurines are placed side by side the latter. If you’re feeling hungry, you could opt to get some (really, really tasty) ice cream while picking the right toy for you.

The folks of Ilya are probably the nicest people you will ever meet, I shit you not. Customers can choose to be left alone, but if you’re a newbie like me, it’s likely that you’re going to need all the assistance you can get. I know it can get a little intimidating, but they’re there to help, not to judge or scare you away. 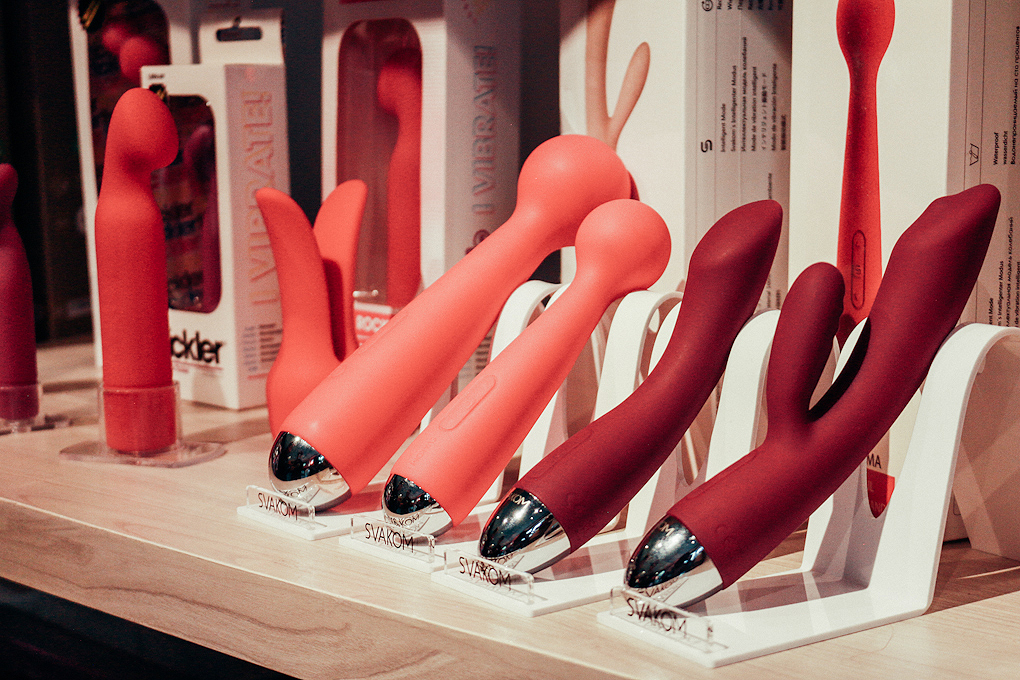 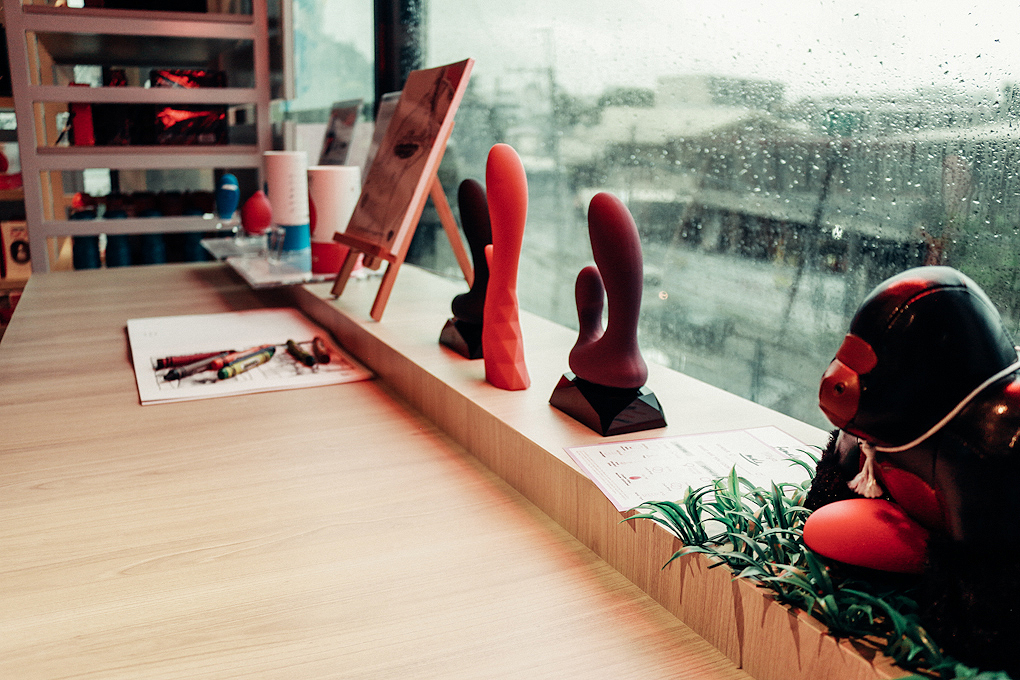 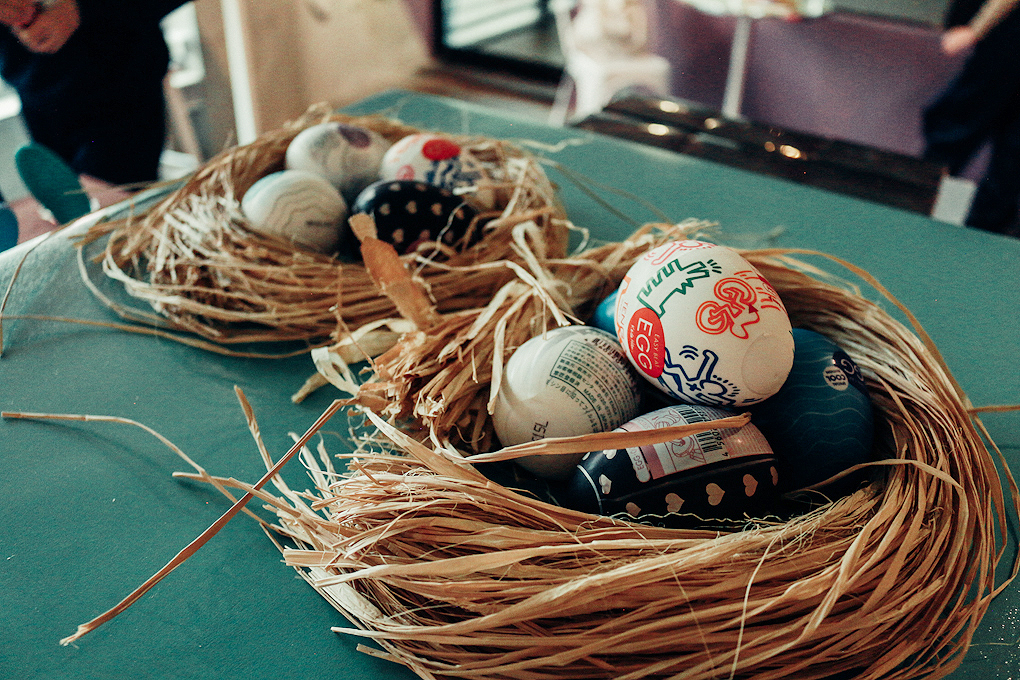 Not only do these toys make you feel good, but they look good too

“Millennials usually ask us, ‘Oh, it’s my first toy. What do you recommend?’ When we get those questions, it’s extra special because, wow, thank you for trusting us with your question. I mean, it’s very intimate. Even if you don’t buy, okay lang that you asked about your curiosity. That’s a lot safer than keeping it in and trying things without asking.”

Being a first timer who prefers clitoral stimulation, Arvin recommended either the pocket-sized vibrators by Tickler or the bullet vibrators by Iroha, the latter of which can actually be used as a cute, colorful paperweight. Tickler’s pocket-sized toy friends come in different colors and are powerful, but tiny enough to fit into your makeup bag. Both vibrators are also the most budget-friendly out of all the other toys inside the store. 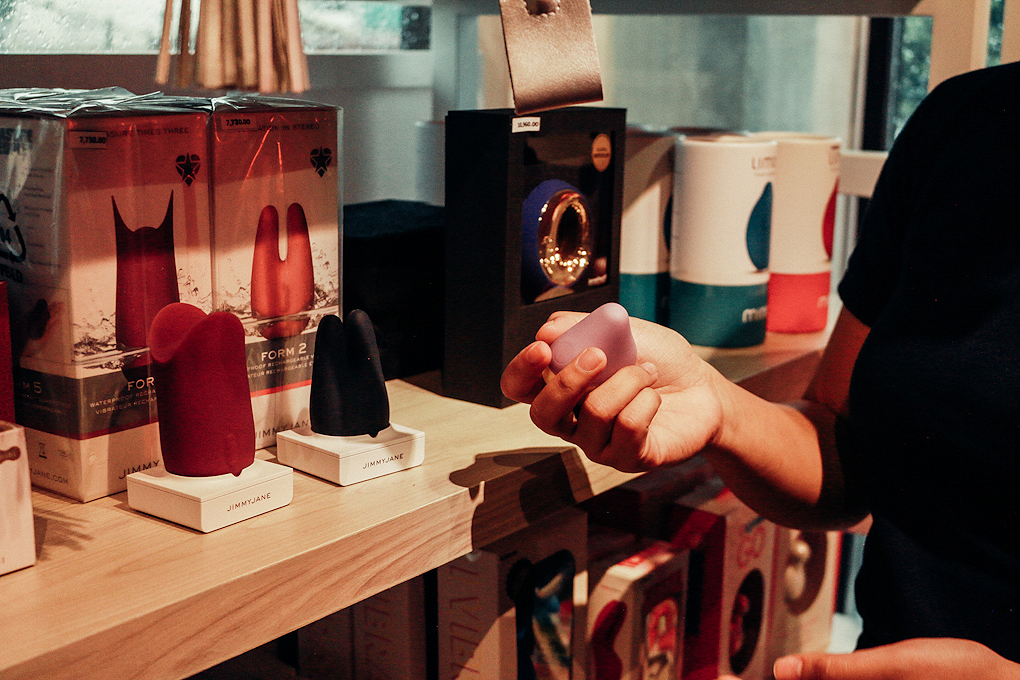 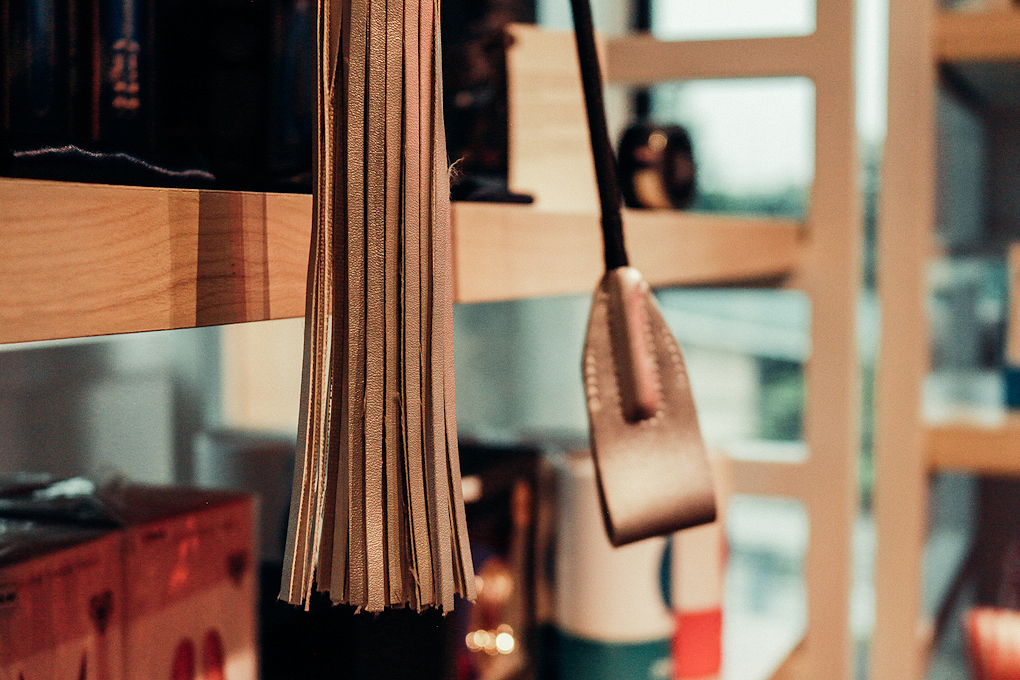 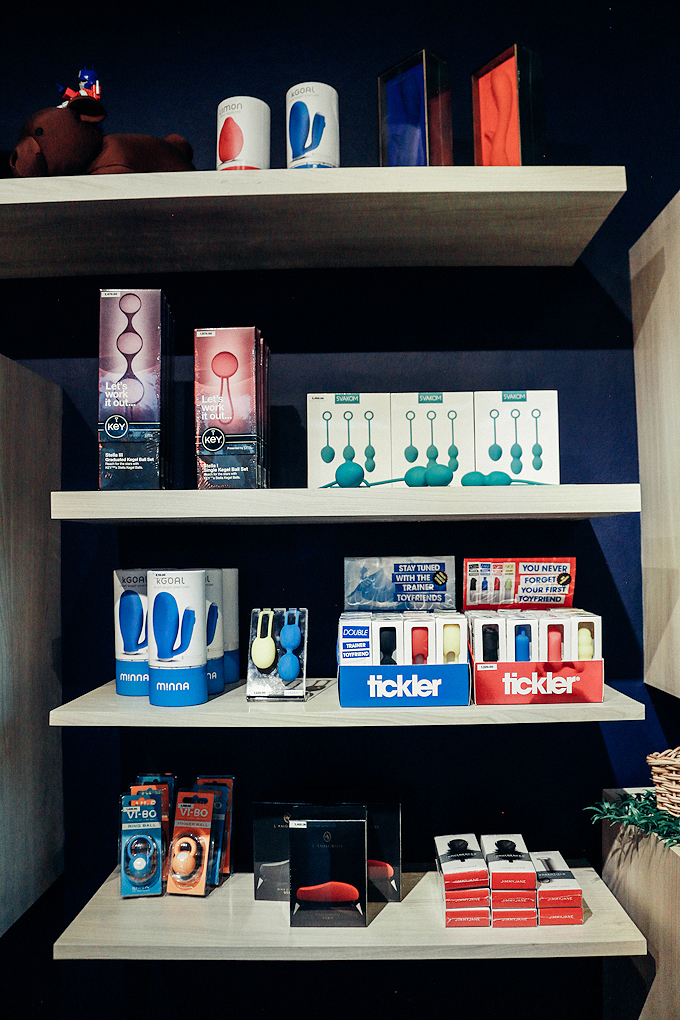 I brought home the Tickler Foxy 100% satisfied (guys, it’s pink and it looks like lipstick). The good people of Ilya even threw in free vanilla ice cream, lollipops, and a manual that teaches customers how to care for their new toy friends. 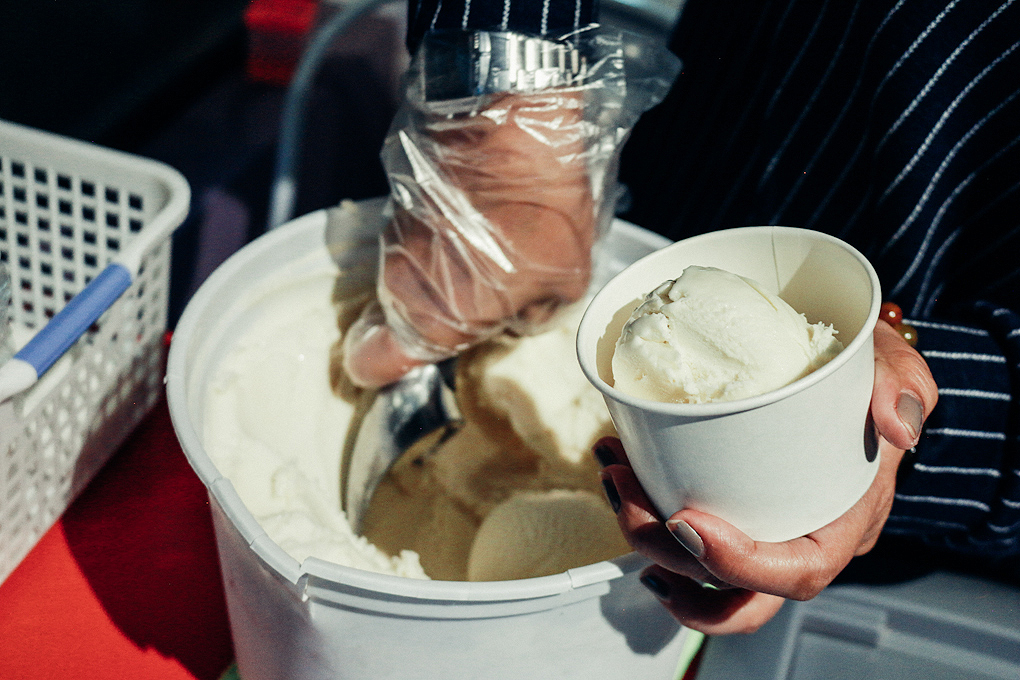 So, are millennials as open as they say they are when it comes to sex? AJ and Arvin say yes, absolutely, with some reservations. “What we are realizing is that the curiosity is not absent, but that hesitation is sometimes bigger than the curiosity. And that is what we want to address. We want to offer them a place where they can explore those curiosities. Because we know you are! We did the research!”

AJ and Arvin hope that millennials eventually learn to overcome their hesitations and keep the questions coming. “If you’re scared to talk about [sex], be more afraid of not researching or learning about it. There are safety risks as well as health risks. The more you actually research and ask people, the safer you become. And also, don’t be afraid to contact us. Even if not for the toys, we’ll do what we can. We’re a sex toy shop that’s all about sexual health and intimacy. So whatever falls under that, we’ll try our best to help.”

Aside from putting up more branches outside Maginhawa, and perhaps catching up on some more sleep, the business partners may venture into intimate wear with Ilya. Arvin shares, “Now that we have a brand that people like, maybe they’d be willing to listen to us talk about sexual health; stuff that are more taboo, other than sex toys. Maybe we can tackle the other stuff na ayaw pag-usapan…That’s what we want.”

Now that we have a brand that people like, maybe they’d be willing to listen to us talk about sexual health; stuff that are more taboo, other than sex toys.

Oh, and how was the Tickler Foxy? I think it’d be TMI to discuss here in detail, but I do agree that every girl, virgin or not, should try one. With Ilya around, it won’t be so difficult to get one yourself.

SHARELocal skate culture is getting much needed recognition through Jaime de Lange, the...