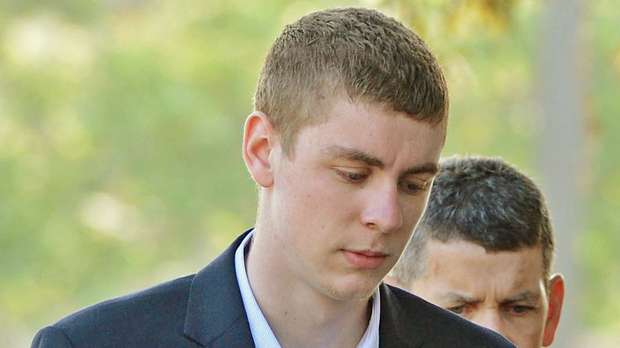 By Nico Pascual
Image: Buzzfeed and The Guardian

Ex-swimmer and convicted rapist Brock Turner, who has only been given a six month sentence for sexually assaulting an unconscious young woman, is now suffering the consequences of his actions.

Today, some justice has been given in a ruling made by USA Swimming, the governing body for professional swimming in the United States. They mentioned that they wouldn’t tolerate such people inside their organization and banned Turner from competing for life. The ban includes future events sanctioned under the organization, which include Olympic trials. Scott Leightman, a spokesperson for USA Swimming, put the final nail on the coffin when he mentioned that Brock will be denied if he chooses to reapply.

This is a small victory for those that followed the case closely, as many were outraged at the decision of the trail, and took to social media to voice out their concerns. Some even quoting the victim’s letter, which went viral after being shared by media outlets and through social media.

Here Is The Powerful Letter The Stanford Victim Read Aloud To Her Attacker https://t.co/Q8Vf029Sjz pic.twitter.com/rWLw62iGMf

The only voice I want to elevate on my feed is that of Brock Turner’s victim. Read her letter, read aloud in court. https://t.co/lElGDx5k71

If you haven’t yet, I suggest you read the letter, and hopefully you’ll come to the same conclusion as the growing majority of readers have: rape is never the victim’s fault, and no amount of victim-blaming is ever going to change that.

For the woman who valiantly stood her ground through these horrific events, we are right behind you. Your act of courage started a small fire, and it is up to the rest of us to help fan the flames.

In an open letter to her, The United States Vice President Joe Biden wrote, “…you were failed by anyone who dared to question this one clear and simple truth: Sex without consent is rape. Period. It is a crime.  …while the justice system has spoken in your particular case, the nation is not satisfied.”