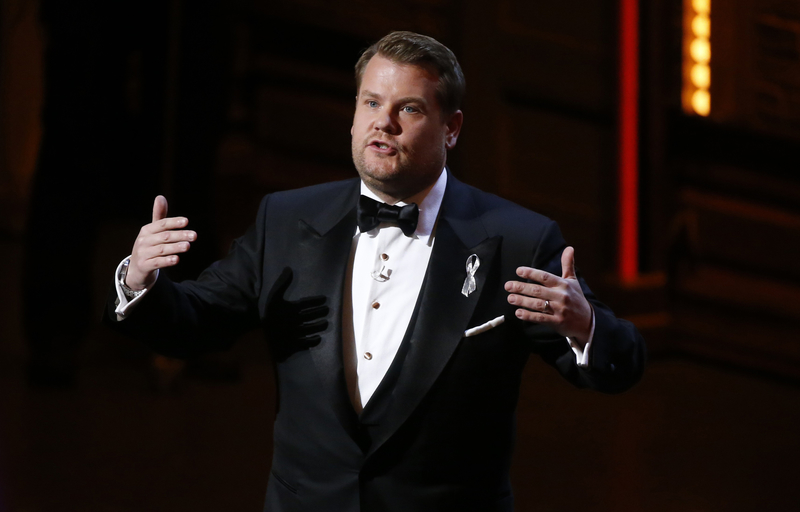 The Late Late Show host and Youtube sensation James Corden was visibly shaken on the morning of the Tony Awards. Just one week earlier, he said to “lower your expectations” when he was picked as this year’s host of Broadway’s annual tribute night. On the same morning of the show, just before he would make his Tony’s debut, he heard news of the deadliest shooting in recent American history. Corden, who had planned to deliver “a song for, like, the theater kid who lives in Michigan or Nebraska, who just dreams of being on a stage,” found himself making a different opening speech altogether.

According to Today.com, Corden looked straight at the camera and said, “All around the world people are trying to come to terms with the horrific events that took place in Orlando this morning. On behalf of the whole theater community and every person in this room, our hearts go out to all of those affected by this atrocity. All we can say is you are not on your own right now. Your tragedy is our tragedy.”

“Theater is a place where every race, creed, sexuality and gender is equal, is embraced and is loved. Hate will never win,” he continued. “Together, we have to make sure of that. Tonight’s show stands as a symbol and a celebration of that principle. This is the Tony Awards.”

He then gestured to the cast of Hamilton, who performed a spoof of their record breaking number, “Alexander Hamilton,” by making fun of Corden’s Late Late show and his role in the 2014 film Into the Woods. It was a lighthearted moment, which got the evening rolling, but it didn’t prepare the audience for what was going to happen next.

Corden then introduced a boy named James and sang about his love for theater. Along the way he took on Les Miserables, Phantom of the Opera, Grease, Sound of Music, and Sweeney Todd in a heartfelt and funny tribute to Broadway, and all the people that ever dreamed of being on stage.