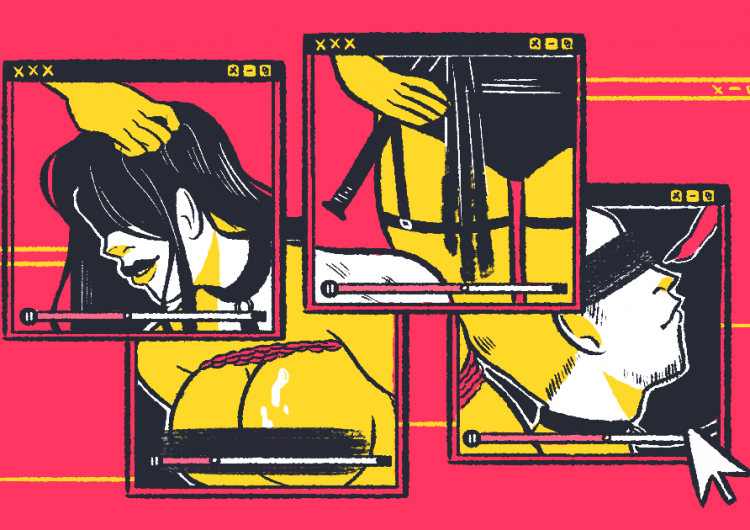 Welcome to the dark side. We’ve got all of that, and some cookies.

NOT. AT. ALL! As long as you are having fun with yourself or other consenting adults, there’s nothing weird or wrong about wanting to get your rocks off.

Is it safe? What are the hazards?

Paying extra attention to what happens after is also important. Aftercare is the most crucial part of any heavy kink. If you got paddled so hard that your skin is raw and stinging, your dominant will have to tend to your wounds. If you told your partner that she’s a dirty slut that no one cares about and is worth nothing, make sure to tell her how much you value her once the scene is over.

What are the important things to know?

A lot of people outside the kink community think that once you self-identify as kinky, you have to be up for anything. This isn’t quite true – we still have our likes, dislikes, and hard limits, just like anybody else. Your experience should be what you want it to be, not what other people think it should be. If you only like spanking and choking, don’t feel any pressure to engage in bondage, urine play, or anything else that makes you uncomfortable. You do you.

How do people get involved the community?

There’s a thriving kink scene in Manila, and it’s happening right under your noses.

The best way to get involved is to reach out online. There’s Shibari.PH, which hosts a number of sort-of-SFW rope bondage workshops for curious individuals and couples. If you’re in the BGC area, you should attend Domina Chase’s monthly munch and kinky bar crawl.

And of course, there’s FetLife, a social media platform that connects kinksters from all over the globe. Warning: it’s definitely extremely NSFW, and can be a little overwhelming for a newbie. Tread with caution!

But the biggest congregation of kinksters is actually happening this weekend – Kink Karnival 2017 boasts a killer line-up including queen of the underworld Joyen Santos, the country’s premier burlesque troupe Burlesque PH, and comedy-erotica group Deus Sex Machina. Besides the live performances, there will also be film screenings and workshops – perfect for the budding kinkster to learn the ropes (pun intended).

Diving head first into a day of debauchery with the best and kinkiest of Manila might sound a little scary. Fear not! This dictionary will equip you with the basic knowledge you’ll need to start exploring the world of kink.

Aftercare – The period immediately after a session where both participants calm down and come back to their normal state. The dominant will often have to attend to the submissive’s physical and emotional needs; the actual aftercare routine varies depending on the submissive. It can involve the dominant soothing the submissive’s wounds (for physical play) and reassuring them of their worth (for play involving degradation). Arguably the most important part of a play session.

Blood play – Any scene or session that involves the drawing of blood.

Bondage – The act of restraining a person or body part, usually with rope or other materials.

Bunny – A kink model or bottom for performances or other live demonstrations.

Collared – A symbol and/or state of being “Owned” by a dominant. This means that a submissive exclusively plays with their Master/Owner.

Consent – Giving permission for someone else to do something , or agreeing to a set of terms.  For something to be truly consensual, the consent given needs to be active (i.e. explicit), enthusiastic, and informed.

Dominant/submissive – The dominant exercises power and control over the submissive in a scene.

Drop – The emotional and physical “crash” that follows the endorphin high of a session. This can happen to both dominants and submissives.

Edge play – Play that is generally considered dangerous or high-risk. Includes but is not limited to knife play, fire play, electric play, and breath play. These are not recommended for inexperienced kinksters, since these require study and practice.

Electric play – Any scene or session that involves the use of electricity on a person.

Emotional play – Play that involves emotions, like humiliation and degradation.

Fetish – When sexual arousal is derived from a specific and non-sexual object or act.

Kinky – A person whose sexual desires aren’t within the norm.

Knife play – A play session that involves the use of knives. Can lead to blood play, but isn’t necessary.

Masochist – Someone who enjoys receiving pain, whether emotional or physical.

Master/slave – A more intense form of the dominant/submissive relationship. The master owns the slave, sometimes with the power dynamic extending beyond sessions and into everyday life.

Munch – A meetup of kinksters in a safe, neutral, and public space, such as a coffee shop or restaurant. They can be used to arrange intimate play sessions at a later date and network with the local kink community.

Pet play – The bottom or submissive is treated like a pet. Similar to a slave in that the submissive is owned, but also treasured and loved.

Play session – Also known as scene, play, or session. A specific period of time when people participate in BDSM-related activities.

Sadist – Someone who derives pleasure from inflicting pain, whether emotional of physical.

Safe word – A word or gesture, established and made known to all parties involved prior to the play session, that signals the need for the play to stop or slow down.

SSC – Safe, Sane, and Consensual: the three elements that need to be present for a healthy and enjoyable play session. What is “safe” and “sane” for one person may not be safe or sane for another, so this largely depends on who is involved.

Subspace – The mindset or zone that a submissive enters during an intense play session. Can be described as a floating or detached feeling, but can also vary from submissive to submissive.

Switch – A person who enjoys both dominant and submissive roles.

Top/bottom – More general terms for the active (top) and passive (bottom) persons in a scene.

Are you ready for ‘The Sims 5’s’ multiplayer option?

SHARE2019 was filled with leaked info about “The Sims 5.” From alleged trailers...