Astronomers confirm that a baby planet is forming in the dust swirling around a young star PDS 70, as they capture it in a photograph. Last Monday, scientists caught a glimpse of the baby planet in a snapshot using European Southern Observatory’s Very Large Telescope in Chile. According to ESO, it initially appeared as a bright spot in the snapshot which was “one of the most robust detections of a young planet in a disc.” 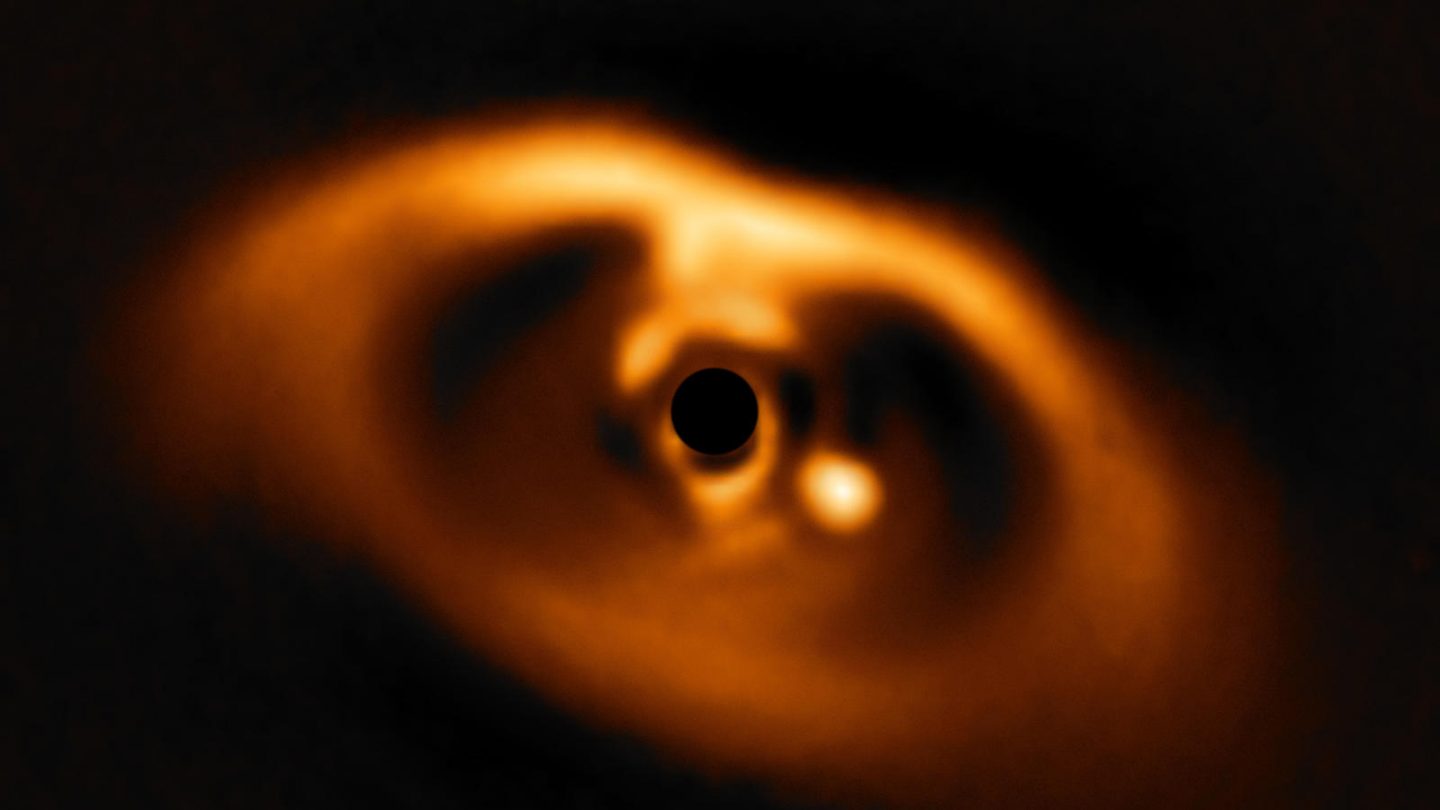 The photo provided by the European Southern Observatory ESO taken from the SPHERE instrument on ESO’s Very Large Telescope is the first clear image of a planet caught in the very act of formation around the dwarf star PDS 70. (AP)

However, Miriam Kepler of the Max Planck Institute for Astronomy in Germany confirms that this was not the first hints of a baby planet. They have detected these before but weren’t certain of the formations. These could have simply been “features of the swirling dust.”

In the video posted by ESO on Twitter, they say that the discovery paves way for further research on planet formations. This means a step closer for astronomers to better understand alien worlds. For more information, watch the short video below.

#ESOCastLight Everything there is to know about the newborn planet caught with ESO'S Very Large Telescope #BiteSizedAstronomy #4K #UHDhttps://t.co/ioGZkPi5kU pic.twitter.com/Qtqh3WZjBo

SHAREIt’s one thing to want to promote world peace and prosperity as a...