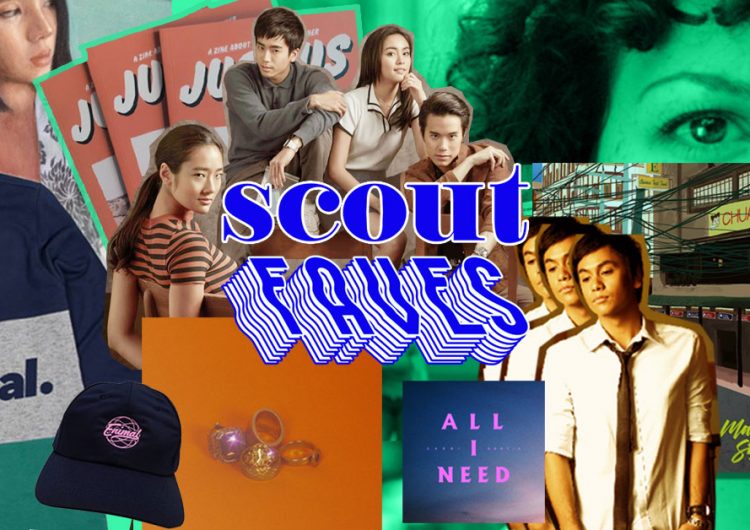 “Devil (feat. Curtismith and Leanne)” by Miguel Escueta- This is a name I haven’t heard from in a while. Miguel Escueta is back with a downtempo, electropop sound with the help of Leanne from Leanne and Nara plus a short verse from Curtismith. Cool. Ayos.

“Where Have You Been, My Disco?” by IV OF SPADES – Finally, one of my favorite local bands has come out with another single following the chart-topping “Hey Barbara.” It’s nice to hear something I haven’t listened to in any of their gigs yet. As usual, this is a fantastic track to dance to. These guys are really staying true to the ‘70s sound they’re recognized for.

“All I Need” by Gabbi Garcia – I. Love. This. This is actually my first time hearing young actress Gabbi Garcia sing and I adore her low but full vocals. I heard she wrote this with Christian Bautista and I think they did a pretty good job. The message of self-love here is really uplifting and great for young girls to listen to. I’m keeping my eyes peeled for the Khalil Ramos-directed music video as well as a full-length album. Gabbi is surely an artist to look out for.

Bad Genius – I included this movie on my #ScoutFaves months ago with the hopes of being able to watching it here. Fast forward to this month, and finally, I was able to watch it! Dubbed as the highest grossing film Thai film in Hong Kong, Taiwan, and Malaysia box office, as well as with numerous awards and nominations in different international film festivals, the movie really is something you should watch. The cinematography is just fantastic. I can still recall those frames by heart and how beautiful they were. I’m super attracted to the color of the whole movie. The actors were just superb, and the story just had me on the edge of my seat. It’s definitely a movie to watch. Nattawut Poonpiriya did it again and produced another beauty of a film. Watch out for Non Chanon, who plays Bank in this film. He is such a revelation!

Sending out this baby next month. Limited copies so visit the website and order your copy! 🙂 #zine #travel #youthculture #justus #indiemagazine #publication

Just Us Zine – I was able to get hold of a copy of this zine last week and I just find it so beautiful. I have this fascination for travel photos, and knowing the stories behind them because I feel like I’m there too. The places may all be the same, but the stories will always be different. I can’t wait for more.

In My Mind I Am Free by Ku Romillo – Painter Ku Romillo opened her first solo show at Metro Gallery in Additional Hills, San Juan last Saturday. Consisting a series of paintings that depict a recollected self derived from memories from different stages of her life, she juxtaposes, critique, and attempts to merge her “public” and “private” personas, which she believe everyone carries. As the title of the exhibit goes: In My Mind I Am Free, Ku paints a Ku that is free in her mind. The show is on until Nov. 4 if you want to drop by.

Search Party –  I stumbled upon this show starring that girl who plays Maeby Fünke in Arrested Development (Alia Martine Shawkat) over the weekend and binged watched the whole 10 episodes of the first season in one sitting. It’s a pretty neurotic show about a 20-something girl living in New York who becomes obsessed with finding this girl named Chantal, who *spoiler alert* turns out to not be dead, nor abducted, but hiding from her ex boyfriend. It’s basically an awkward murder mystery slash comedy, and its second season is coming out on Nov. 19. Watch it if it sounds like your kind of thing.

SHAREI believe I am part of the minority when I say I love...

Heads up students, you can now download Adobe Photoshop, Illustrator and InDesign for free

SHARESince the coronavirus outbreak, multiple resources, content and even outdoor experiences have been...