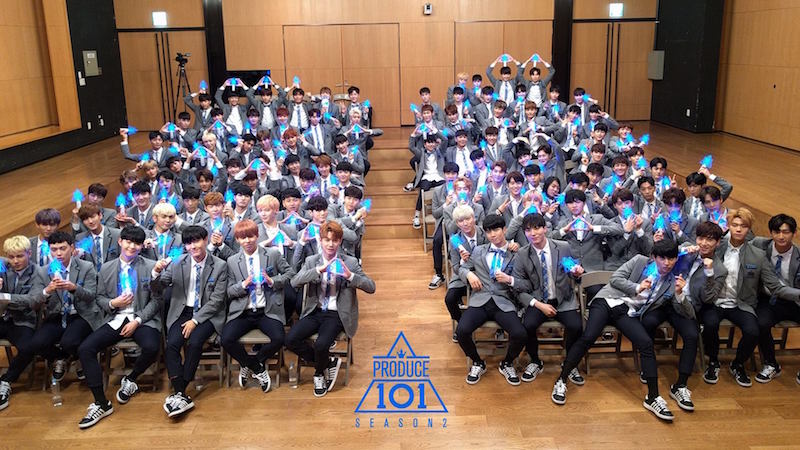 Produce 101 Season 2 – My friend has been telling me to watch this show since May, but I was too lazy to commit to a new variety series. A few weeks ago, I got into Wanna One, so I figured, why not watch the show that got them famous? (This was a mistake because now I’m really obsessed.) But seriously, it’s a very entertaining reality show that addresses the ins and outs of the K-pop industry and how K-pop groups work. There’s a lot of drama and competition among the trainees here too, so anyone who tries this out is in for a wild ride. You’re also bound to have faves here and rooting for them is always a fun thing to do. And yes, I love Kang Daniel even more now. Damn it.

The Space Between by Majid Jordan – I’ll be honest here–I liked their debut album a lot more than The Space Between, but this new record seems a bit more refined and consistent in sound, as compared to their self-titled album. It’s nice to see the boys behind Drake’s hit “Hold On, We’re Going Home” find their ground, mature, and experiment with their music. Also, there are still a lot of good tracks to jam to on this release. Overall, it’s a great album to put on while you’re on a road trip to the beach. My personal favorites are “Body Talk,” “One I Want,” and “OG Heartthrob.”

Loving Vincent – I watched this with my family when it came out last week and we loved it so much. The art of the entire movie, done in the style of Vincent Van Gogh, was stunning all throughout. You can really tell this film was made with passion. I only wish it tracked more of his life rather than his death, but I appreciated the bits and scenes that managed to say so much of Van Gogh’s humanity and the kind of life he lead. The performances were beautiful. I teared up by the end of the movie.

Die Tomorrow – Nawapol Thamrongrattanarit is back with a new film and I am super excited! I super loved his other films, Mary Is Happy, Mary Is Happy and Freelance and by the looks of the trailer and the poster (which is bomb, by the way!), it looks like another great film. If you’ve been following Ter Nawapol’s films, you’ll notice that the casting for Die Tomorrow is actually most of his film muses put together. I’m really excited for this one and I hope it’ll get an international screening! If not, somebody please bring me to Thailand on November 23!

Merry Christmas ⭐️ Happy Birthday ? or I’m just craving for #ChewyAndChunky ? (you name it our gift box can handle it) ? Yup, its better to shop early. @jesbakes is already planning her baking days for advance orders (She can only bake as much as her hands and schedule can accomodate). . . . ?? @kaanagraan #respite #respitePh #jesbakes

Chewy and Chunky Cookies by Jessica Tan at Respite – I attended VGrafiks’ brand identity masterclass over the weekend and part of the workshop was actually devouring on cookies and coffee courtesy of Respite. And it’s just super good! They have it in chocolate, oatmeal raisin, and even matcha! I tried all the flavors twice and I’m not ashamed. 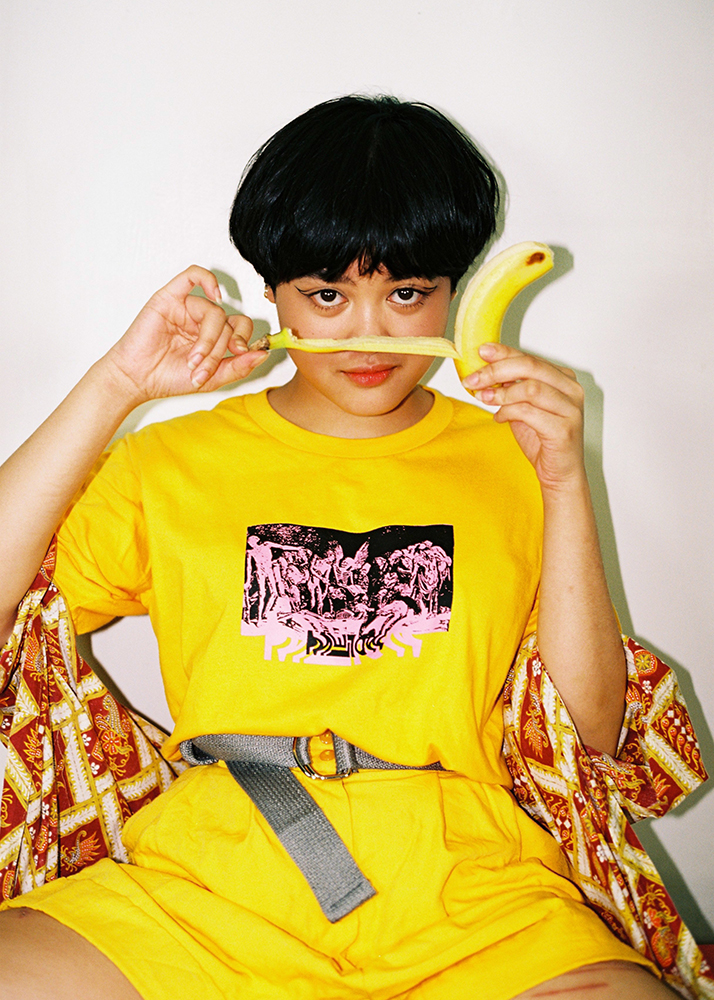 Mellow Clothing – There’s a new clothing brand in town and it goes by the name Mellow, but it’s everything but “mellow.” It’s loud; it’s graphic; it’s street, but pop art. <3 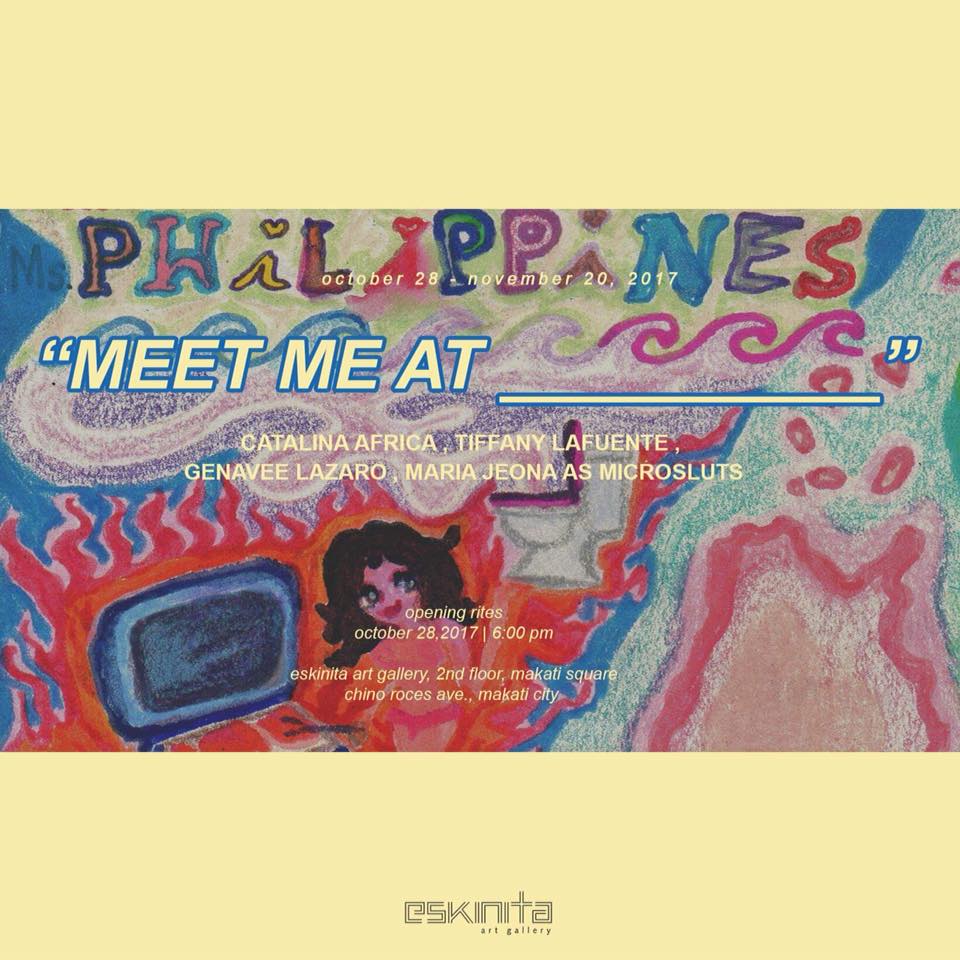 “Meet me at _________” – This is an ongoing group show featuring Catalina Africa, Tiffany Lafuente, Genavee Lazaro, and Maria Jeona Zoleta as “Microsluts” at Eskinita Art Gallery on the second floor of Makati Cinema Square. I went here the day before flying out to Tokyo (I’m in Tokyo), but it was closed, so I just admired it from the outside. Hoping to check it out before it ends on Nov. 20 to see Catalina’s work. Ya’ll should stop by too.

“Guijo St. (Makes You Wonder)” by Apartel – Apartel launched their MV for my fave song from their debut album Inner Play, “Guijo St.,” last Friday at Mow’s, and I would’ve gone, but as I already mentioned I’m in Tokyo! The theme of the launch was “’80s” so I’m guessing the Audry Dionisio and Pat Sarabia co-directed film is based in the ’80s? I haven’t seen the video yet, if you have a link please send to me @deerwho!

SHAREThere’s an odd feeling I’ve attached to the repetition in “Groundhog Day” or...

SHARERise up kids, Filipino-Japanese artist Ena Mori is taking pop music to a...