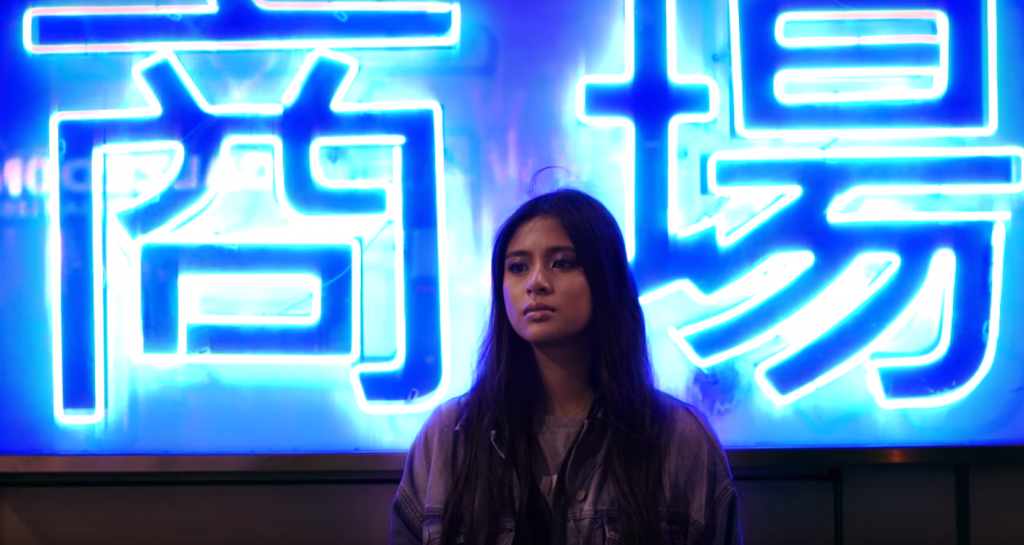 After weeks of getting hyped over actress and singer Gabbi Garcia’s independently produced single, “All I Need,” she finally premiered its music video last night on Myx as well as her personal Youtube channel. And with all that waiting time, was it really worth all that hype? Hell yes.

The result of the video was a beautifully shot montage of Gabbi strolling around the streets of Hong Kong, including key locations like the iconic Choi Hung Estate. Animation was also heavily used in the video, providing a pop of playfulness around the artist while she walks amid Hong Kong’s neon lights.

During her private screening event last night, Gabbi claimed she wants audiences to interpret the meaning of the video for themselves, and that its concept came after a lengthy discussion with her friend and director Khalil Ramos along with the rest of the Limitless team.

“We’re all friends in the team. We’re a barkada. Khalil asked me, ‘how do you see the video?’ and I told him that I wanted it to be dim, filled with street lights and neon lights. We thought about different places like Japan. But the final pick was Hong Kong because of its edgy and gritty feeling,” she said.

Thankfully, we got to have a quick e-chat with Khalil, who was cool enough to answer some questions about the piece. Gabbi’s “All I Need” music video is his directorial debut project. Read our interview with him here:

How was the conceptualization process for Gabbi’s music video?

We wanted to focus on the idea of one’s search for self worth. Originally, we drafted concepts for Gabbi that would have us shoot locally. Some would have required actors to be in it. Although, in one of our brainstorm meetings, we decided to incorporate Gabbi’s love for traveling. Plus, Limitless and I have been doing travel videos for two years.

What was the biggest challenge for you while all of you were abroad shooting the video?

The biggest challenge of shooting abroad is the time constraint and being unsure of our locations. We did not have the luxury of doing an ocular. We based our locations from Google images and Instagram only. During the two-day shoot in Hong Kong, we shot in three different locations with nothing but a shot list, location tags, and a three-man team.

What was the purpose of placing animation in the shots?

I would like to think of the animations as an external energy trying to embrace and drag Gabbi in an alternate reality full of color. (Notice the Iris transition to the night scenes.) So that Gabbi herself can find color in her life.

Do you have any funny or favorite moments while shooting with the team you’d like to share?

Yes! One of my favorites was a moment that we used for the credits scene where Gabbi tries to open a refrigerator door by pulling it instead of sliding! Haha! The whole experience was very light and fun.

What else can we look forward to from you as a director?

SHAREBy Camille Fernandez In an effort to return the Metro Manila Film Festival...