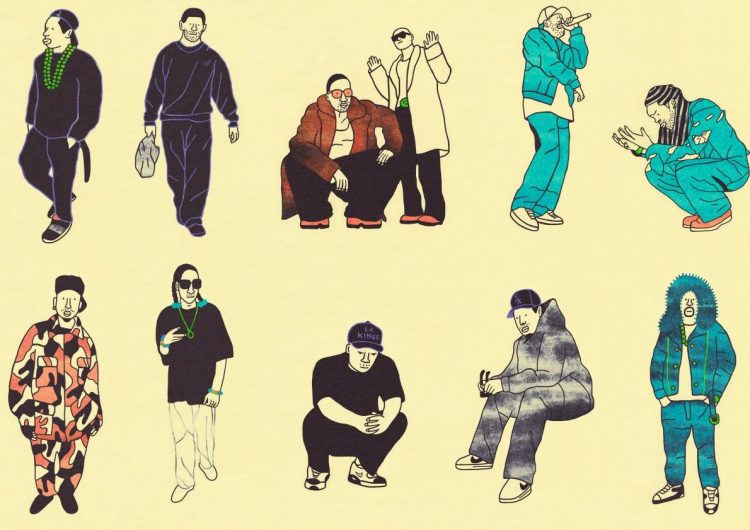 Post-Its are trash but hip-hop is forever, which is why Gangster Doodles’ portraits are larger than life. Slacking off 80% of the time at a boring office job, he picked up a stray highlighter and drew Snoop Dogg’s Tha Doggfather album, and something just clicked. “I had a lot of time to think about what I wanted to do. That included drawing, messing around with materials I found in the office like Sharpies, highlighters, and Post-Its.” Soon, he got the classics Nas, Gucci Mane, Tupac, Kanye, Lauryn Hill, Erykah Badu, Kendrick Lamar, and Beyonce done on paper and took to social media for his viral doodles, and the rest was hip-hop history. 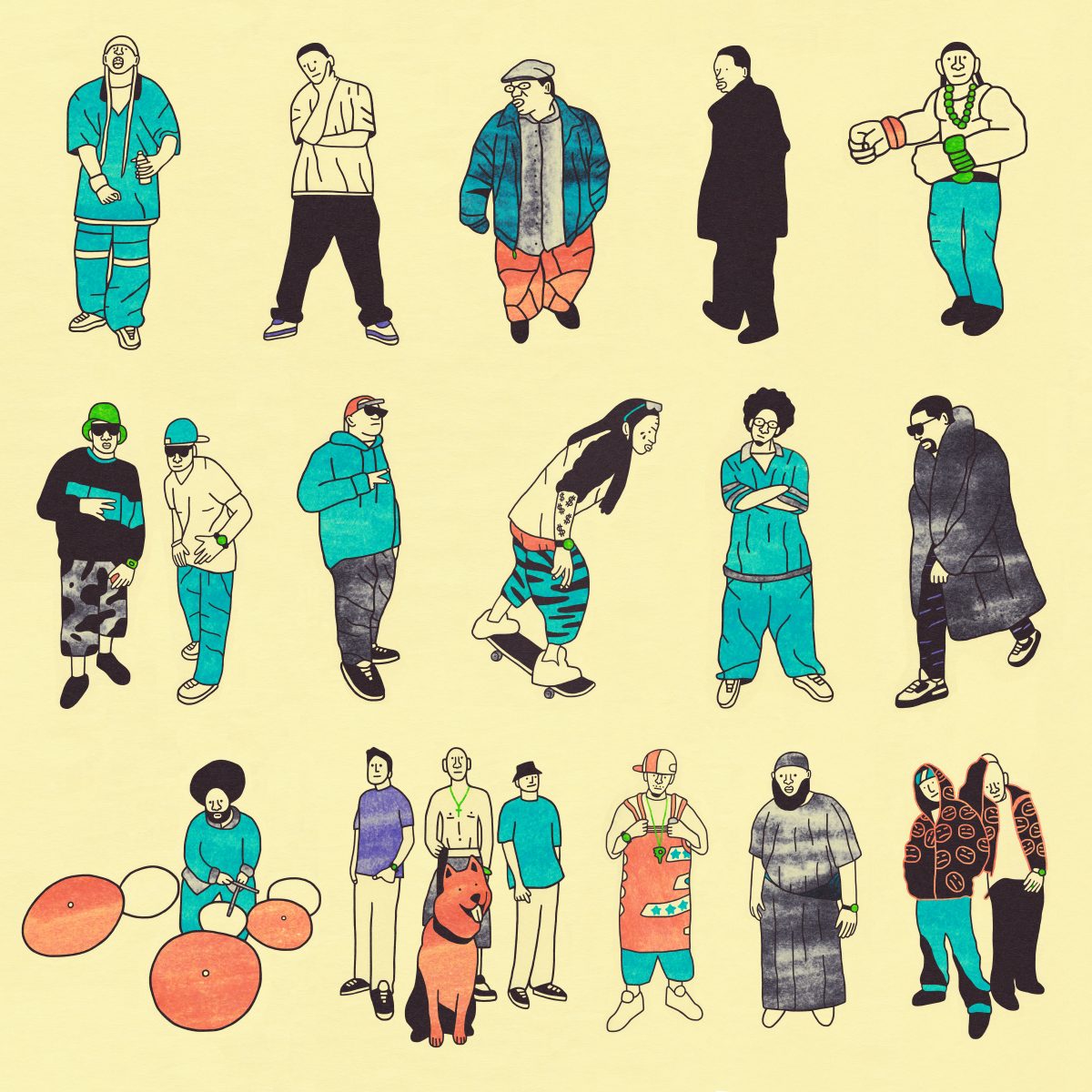 Going through the motions with his zines Gangster Doodles Vol. 1 and Vol. 2 in 2014, the artist now releases another self-titled, thick-as-a-brick book – but now on his own terms, with the help of his editor Brian O’Tuama. “The biggest difference is the quality of the book,” he says of his published work. “My first 2 zines were 45 to 50 pages each. This version is 336 pages with an extreme attention to detail.” With the foreword written by Stones Throw Records’ Jeff Janks and the introduction by actor and fan Shia LaBeouf, we get a sneak peek into G. Doodles’ evolution.

Do you accept hip-hop as your lord and savior?
Yes.

Tell us of your relationship with hip-hop music.
For me, hip-hop starts and ends with DJ Jazzy Jeff & The Fresh Prince’s Homebase. My mom bought me a Sony Walkman and a Homebase cassette for my seventh birthday. Legendary shit. 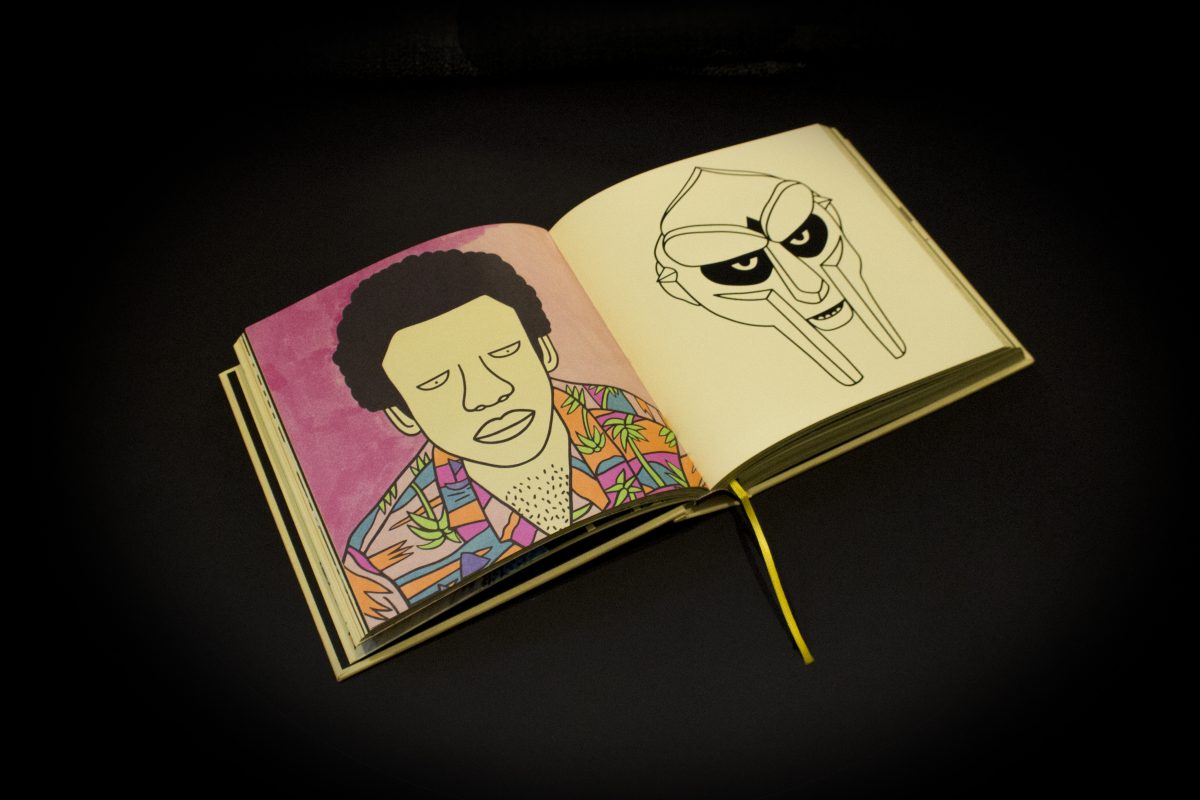 Give three words to describe your aesthetic.
Dangerous. X-rated. Explosive.

Aside from hip-hop artists translating well on doodles, what else about them is inspires you to capture then on Post-Its?
A large part of it is because I listen to hip-hop music everyday. In some form or another, it’s always on in the background. It just made sense.

What got you started on your hardbound book Gangster Doodles, and how did it roll out from there?
The first idea was to combine GD Vol. 1 and Vol. 2 and just make a hardcover version. My publisher was really pushing it because it would have been easy to make. But in the end, I decided to create something new from scratch. Me and my publisher parted ways and I decided to self-publish and keep 100% creative control. What I thought would only take 6 months ended up taking a year and a half to complete. Special shout-out to Brian O’Tuama. He’s the editor/designer of my book.

You’ve got Shia LaBeouf for the introduction, which should come as no surprise considering he’s been a fan of your work since getting Tupac and Biggie Smalls tattooed on his thighs. How’d you feel when you saw those last year?
I want to start off by saying Shia LaBeouf is the fucking man and I appreciate him. Shia’s first G. Doodles tatts were matching Missy Elliott tattoos. Biggie, 2Pac, Prince, and Dr. Dre came later. It’s still crazy to think about. Shia sent me a random email with pictures of these incredible Missy tattoos. The pictures were of his legs so I couldn’t see his face. At first, I thought it was a random dude with Shia’s name but he assured me that he wasn’t just a random guy but the real deal. 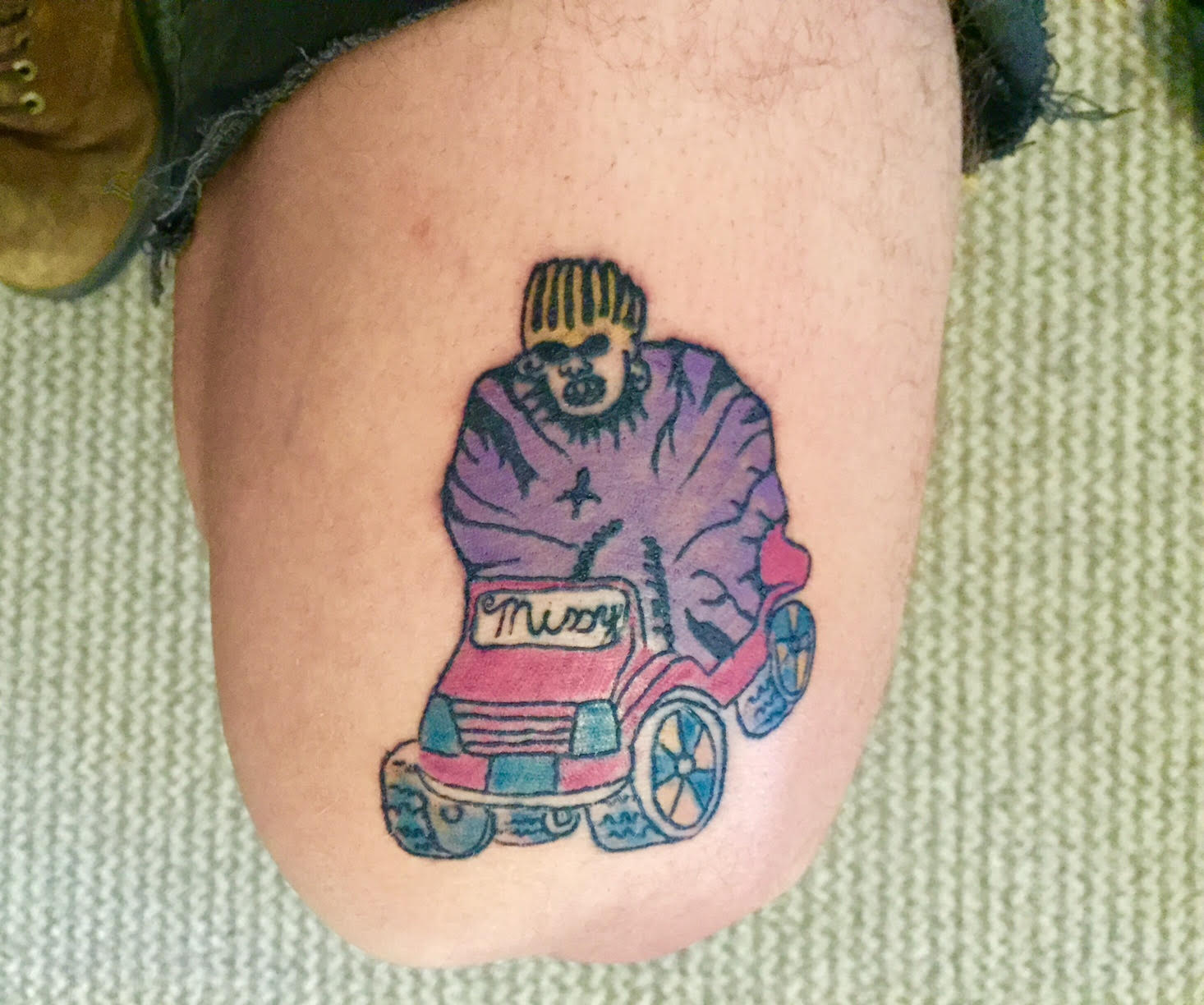 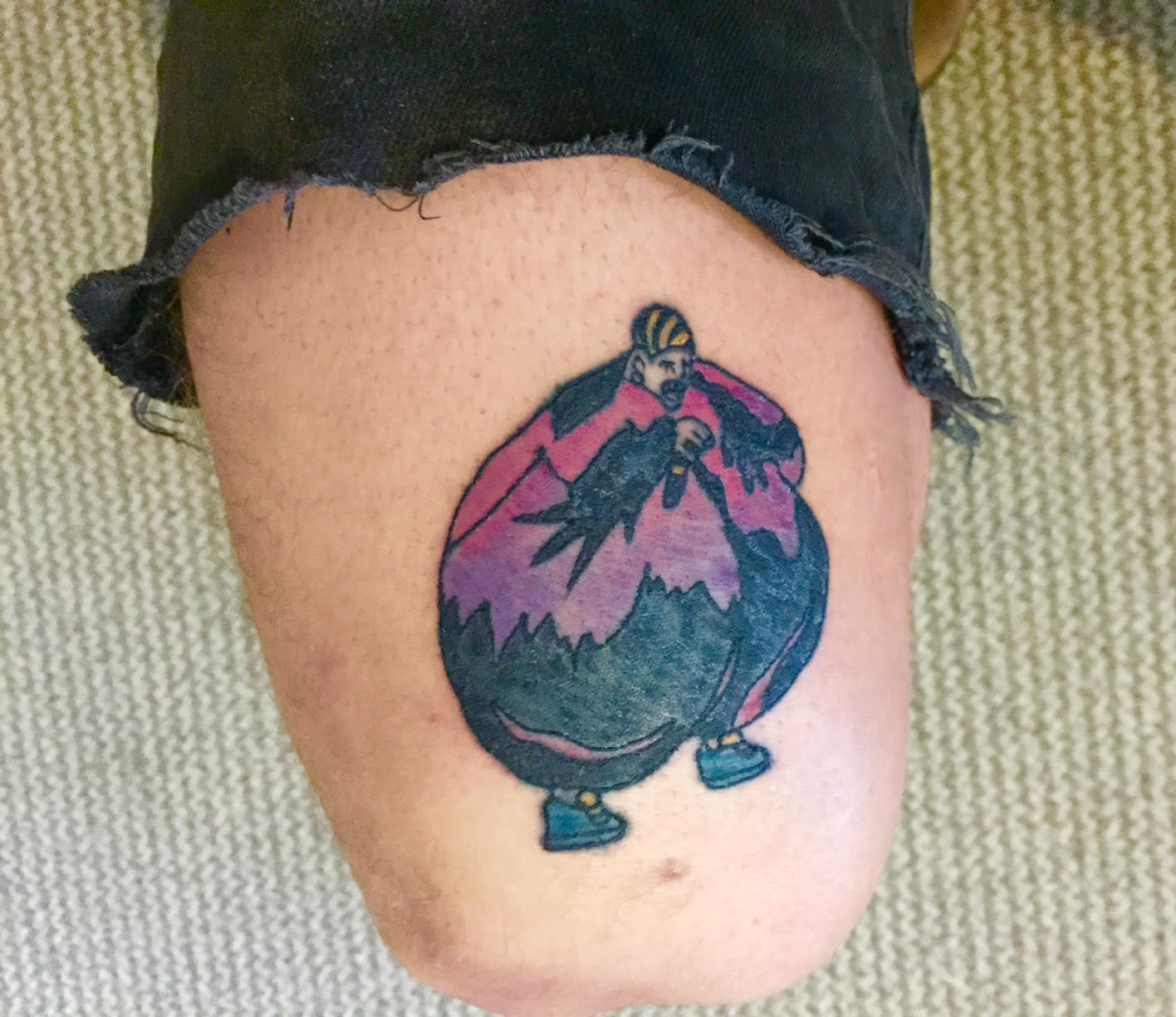 How were you acquainted after that? And what led him to be a part of your book?
We’ve kept in contact via email over the past year. He’s very cool.

Having concrete, physical copies of your work in Vol. 1 and the recently published Gangster Doodles, how would you say your art has evolved through the years?
Hopefully it’s the quality of the work. I think over the past 3 years my style has gotten tighter and more refined. 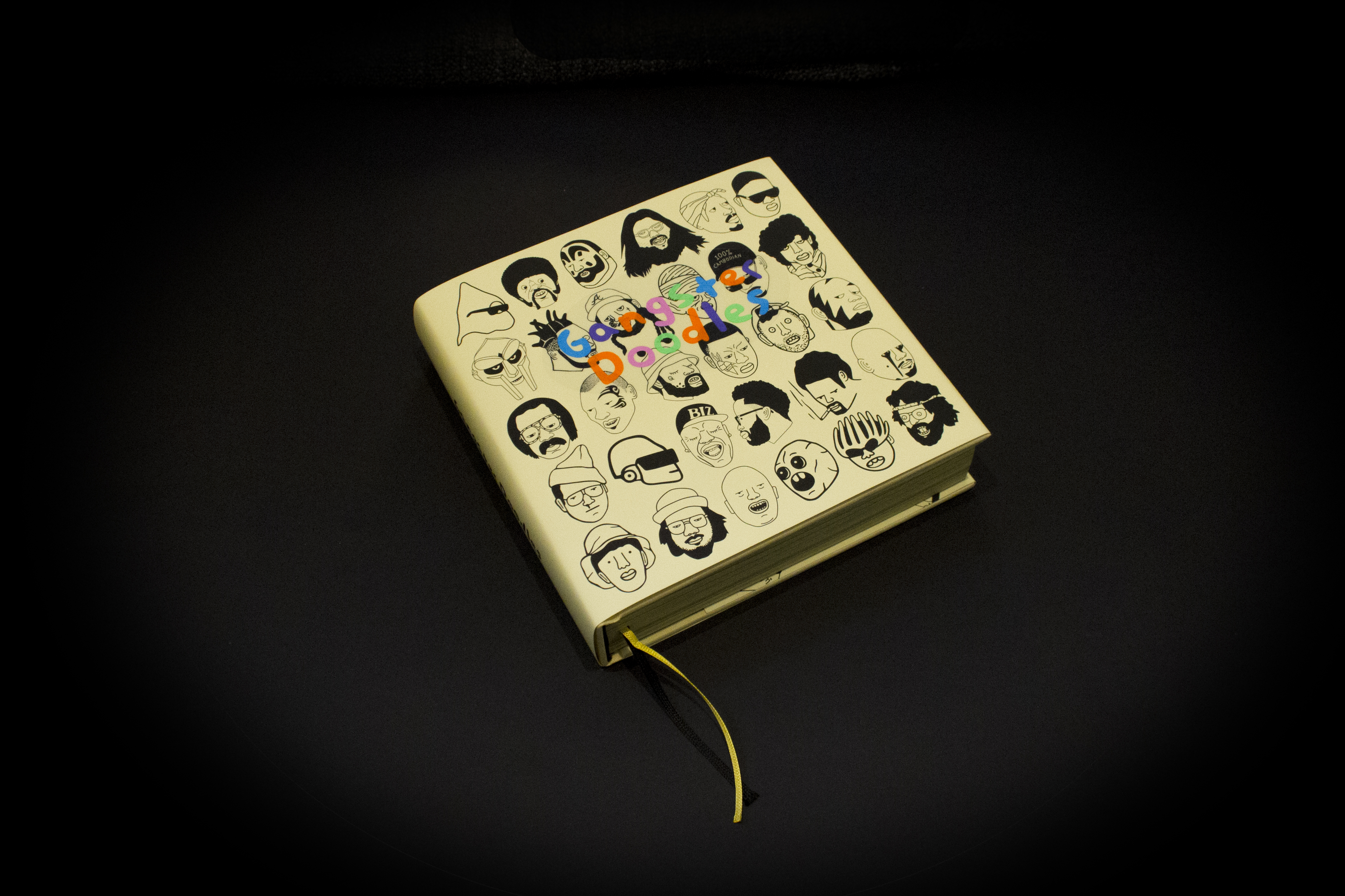 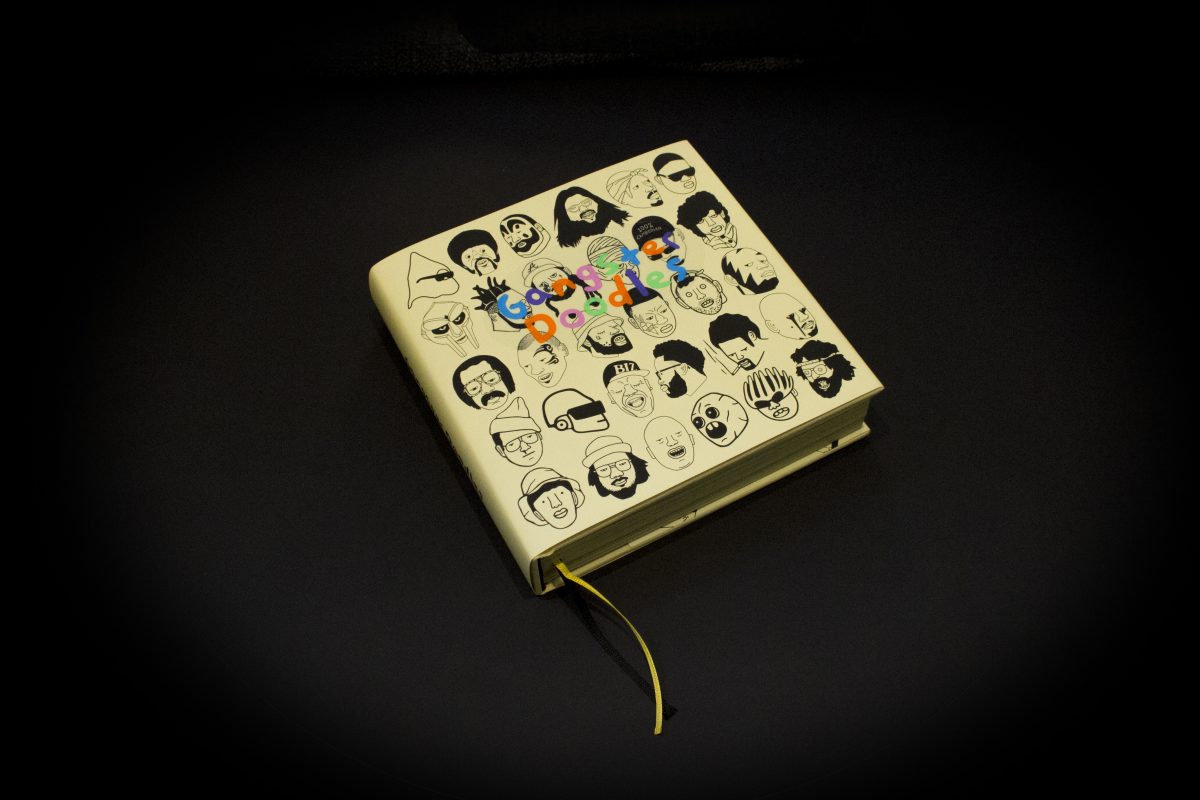 What have you got up your sleeves after this thick-as-a-brick project?
Lot’s of cool stuff I can’t talk-about.

SHAREIf you love A-list actors in unconventional flicks, then you’re a sucker for...

Activism doesn’t end with canceling someone

Are you canceling someone for change or to live for dragging someone?