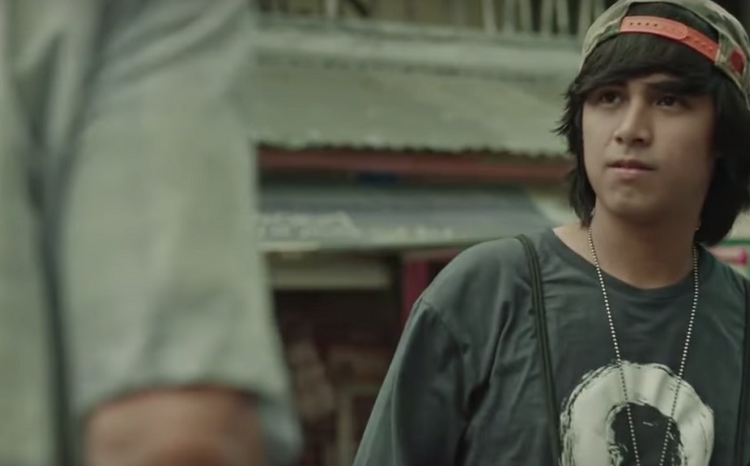 I had no intentions of watching Treb Monteras II’ Respeto during the 13th Cinemalaya last August.  In fact, the film was last on my list because I never really liked FlipTop Battle League or Abra, let alone rap. However, I decided to watch it after seeing rare reviews online, and I was not disappointed.

At first, I thought Respeto was a documentary about rap battles, but I was wrong. It’s a feature film. It’s about Hendrix (Abra), a 17-year-old impoverished kid from the streets of Pandacan, who dreams of becoming a great rapper like G Breezy (Loonie). But as the story unfolds, Hendrix discovers the harsh realities of life. He realizes that life isn’t at all black and white. This is a film that isn’t just about rap, but a film of greater purpose.

It’s a film that everyone should watch, and here’s five reasons why:

Let me begin by saying that Abra can act. In Respeto, Abra is not the great rapper he is. Here, he plays the troubled noob rapper Hendrix, and surprisingly well too. The cast also includes Dido Dela Paz as the grumpy Doc and Patay na si Hesus actress Chai Fonacier as Betchai.

It’s crafted by a powerhouse team

Respeto is produced by the same company behind Apocalyse Child Arkeo films. While we usually notice a film’s cinematography (Ike Avellana), we tend to overlook its auditory elements. This film, being half sound, provided an excellent auditory experience. Sound designer Corinne de San Jose and film scorer Jay Durias, really knocked it off the park. The whole film has great audio, but I found the tiny moments of solitude with Hendrix and his true friends the most memorable.

Respeto presents a hard-to-believe subculture we haven’t seen yet in mainstream film, yet at the same time, it’s presented in a realistic setting. The film shows the plight of the poor in a larger, more relevant picture that includes the current nation’s war on drugs. There’s one scene in particular that stuck to my mind. It’s when Hendrix is asked by his brother-in-law to pee into a plastic bag, after getting (literal) shit on his hands. Soon, everyone around him begin to shout “Tae! Tae! Tae!”—this scene turns to be a scene showing how their destitute community prepares for an encounter with a demolition team.

It ponders upon rap culture

Respeto ponders on long-time question on whether rap is in fact a form of art. In the beginning of the film, Hendrix is introduced as a native rapper who thinks the way to win rap battles is to badmouth his rivals with shallow statements based on his or her appearance. This changes when he meets Doc, an old man who has a penchant for poetry. Hendrix is then exposed to a new form of “rapping,” alluding that rap is in fact a form of art and not so different from the more intelligent balagtasan.

It’s a film about rappers after all. So, expect some class A rapping.  Also, watch out for Abra doing rap with poetry.

Respeto will open in all theaters nationwide from Sept. 20, 2017, on the eve of 45th anniversary of the declaration of Martial Law by former President Ferdinand Marcos.