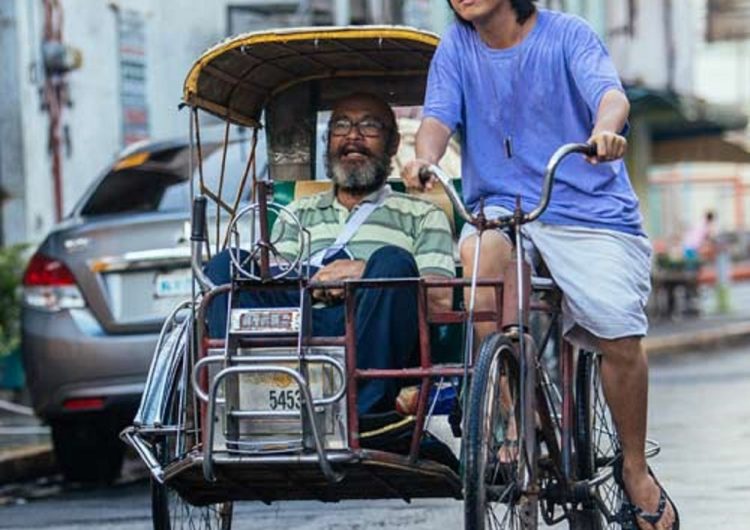 Today is the day that Respeto hits all cinemas nationwide. Deliberately scheduled for Sept. 20, the eve of the 45th anniversary of the declaration of Martial Law by the former President Ferdinand Marcos, the film has drawn a wide range of reviews and criticism since it first debuted at the 13th Cinemalaya Philippine independent Film Festival last August. In light of its major release today, we’re debunking five common misconceptions about the movie.

It’s just another film about rap

Yes, there’s a lot of rap and it casts real-life rappers like Abra and Loonie, as protagonist Hendrix and antagonist G Breezy respectively—who by the way made their own lyrics for the raps in the film, but Respeto is not just another film about rap. In a bigger sense it’s a film about respect, and the lack there of it.

It’s a film for the youth

As actor Dido Dela Paz, who plays the irritable old poet Doc explained to me, “At first, it seems like it’s a movie catered for the young, but it’s not for the kids.” The film paints a picture of a modern-day impoverished kid who lives in the present President Rodrigo Duterte-run Philippines, but alludes to a time when the country was still run by the former President Ferdinand Marcos, under Martial Law. It’s a film that is presented by the voice of the youth, but speaks to the older audiences.

If you’re expecting to see a film with a happy ending, then Respeto is not for you. The story revolves around a 17-year-old kid slash wanna-be rapper from the gritty streets of Pandacan, who makes ends meet by helping his sister’s boyfriend push drugs. Hendrix, despite being a protagonist is a thief, a drug pusher, and a impudent troubled brat who has no respect for anyone, even for those who help him. Respeto is a film that depicts reality. In the words of Abra, “You get to see the Philippines, in reality; what’s going on in the entire country since last year—with the new president, and all the drug killings going on. You get to see it in the film, as it is, in reality.”

Although the underlying story line involves the circulation of illegal drugs, and the usage of it, the film by no means glorifies it. The film in fact, sheds the brutal truth of meth users, which include Hendrix’s own sister. He’s even seen in the film confiding with Doc about being troubled by his sister’s behavior when under the influence.

With all the negative portrayals of “reality” in Respeto, it’s easy to assume that Respeto is a hate film, perhaps against the country’s current presidency. Despite the references to the current president, the movie is not an anti-Duterte hate film. The movie is in fact the opposite; it’s a film about respect and kindness to others. Any negativity projected is simply to paint a picture of the harsh reality of the happenings in the country.

Respeto will open in all theaters nationwide from Sept. 20, 2017.

The entire script of ‘Spider-Man: No Way Home’ is now free to read

SHAREOh, how the tables have turned. Following the group’s denial of a reunion,...

Probably won’t include Armie Hammer, though