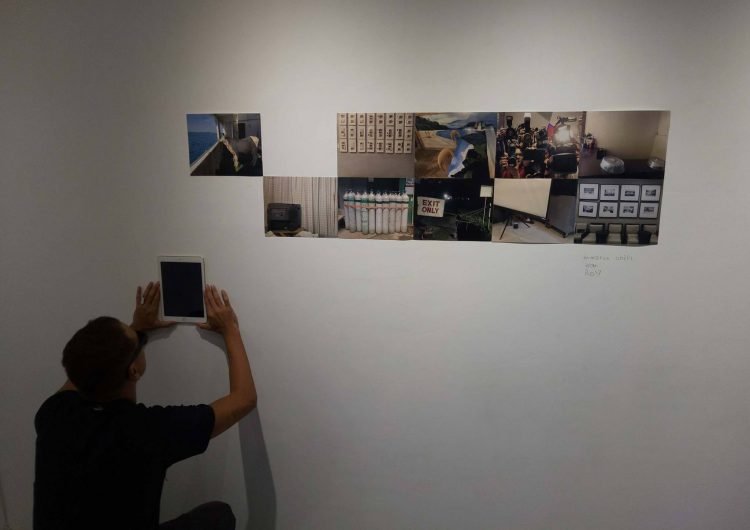 Yo, did you hear the news about actor John Lloyd Cruz debuting as an artist last weekend? Probably not. You’re probably too busy wondering if he’s really with Ellen Adarna (they’re together!) or maybe you’re still under shock from his viral video stunt? Well, guess what, John Lloyd dropped the last “a” in artista last weekend as he debuted as artist Idan Cruz. And, in light of that, we compiled a list of everything we know about the newbie artist.

No stranger to art

John Lloyd has had a penchant for art for quite a while now. Aside from frequenting art exhibit openings, he’s acquired a ton of artist friends the likes of Poklong Anading, MM Yu, and Maria Jeona Zoleta. Scroll down his Instagram @ekomsi and you’ll see shots of exhibits he’s visited throughout the year.

Photography is his medium

When one thinks of artist, most might think the traditional paint on canvas, but Idan Cruz has chosen photography as his medium. More specifically, photography and videos shot on his phone. He’s dropped all the fancy equipment and went with the basic cellphone.

Landscape is his language

Out of all the things Idan could take, Idan has gone with what he knows best: landscapes and sceneries. He’s taken day-to-day sceneries, and made them into art by capturing them in the rawest form. From construction sites, to his daily meals, and shots of the beaches and nature trips he’s taken, he’s opted to only capture people as an adding feature to a whole picture.

Idan’s debut piece is “Transition Shift” in 18-man group show Ingress/Egress at Underground Gallery, which opened last Saturday. For his piece, he developed 10 photos, two of which can be found on his Instagram, and two videos, one of which is an installed a short clip presented on an iPad. All of which seems to have been taken from his phone.