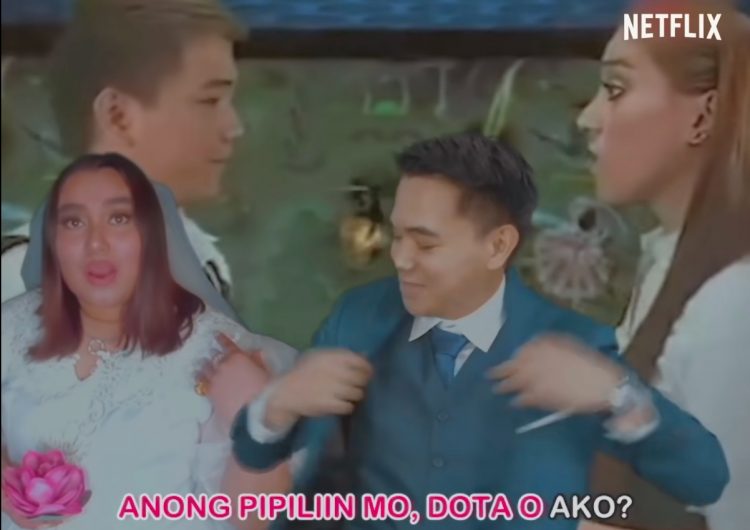 The sound of rapid mouse-clicking, heated trash-talking and post-school bell chatter in 2011 all point to one unofficial chart-topper: “Dota o Ako.”

I was a high school freshman when this track garnered bizarre popularity; with classmates singing it for banters and teachers mentioning it for sermons. With 24 million views, it’s safe to say it’s that era’s computer shop anthem—and folks at advertising agency Gigil probably contributed to that number subconsciously.

On Mar. 27, Netflix revealed one of its most ambitious projects yet. In 2021, not only do we have “DOTA: Dragon’s Blood,” an anime series based on the battle arena game—we also got an actual “Dota o Ako” sequel. Who knew it could happen a decade later? Thanks to Netflix and Gigil, we witness a comeback we never expected but absolutely dig.

Directed by Sonny Calvento of “Excuse Me Miss, Miss, Miss,” Netflix’s “Dota o Ako, 10 Years Later…” video features the new song “Dota At Ako,” showing how the couple ended up in marriage after they decided the game will stay in their relationship. It’s not only a trip to the anime series, but a jump back to our past, rage-quitting lives.

Thanks to its frisky visuals and nostalgic editing, we witness Aikee and Vanessa—the OG performers and stars of “Dota o Ako”—unfold their story of promises and compromises. The robotic mannequins? Inclusion of old clips? A suave preview of “DOTA: Dragon’s Blood?” Well played.

It looks like the production team had fun as much as we did. “I had an AMAZING TIME working with GIGIL and Netflix in directing this music video! Hope you guys enjoy this one,” Calvento said on Facebook.

As someone who has lived both eras, I can’t wait ‘til we can all swarm computer shops again, drop our headphones and just let this song blast through the speakers (like we have that much time in our hands).

SHAREFilipino rock trio Thirds decided to open 2020 with a new track that...

The auteur of loneliness considers it the third part of “In The Mood...

Stream Kapampangan films for free on this site