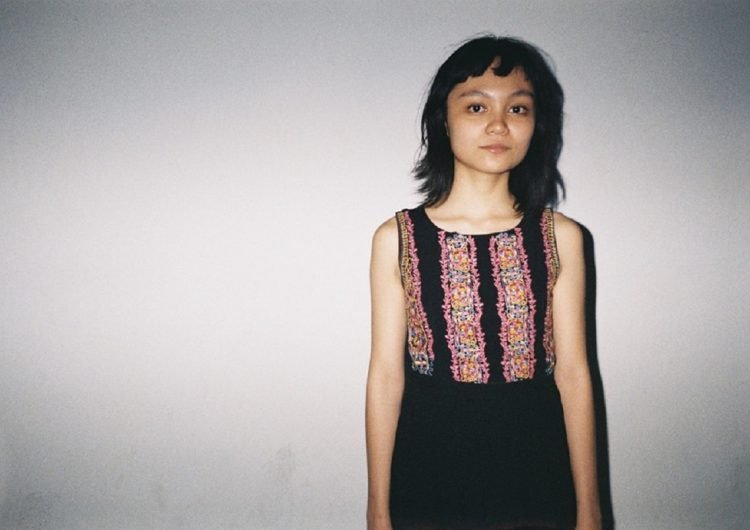 When we first asked Alyana Cabral a.k.a. Teenage Granny, frontwoman of indie-folk band Ourselves the Elves, guitarist of indie-rock outfit The Buildings, and bassist of psychedelic quartet Northern Man, to make us a playlist for Scout Friday Picks, she quickly said “yes.” But when the time came for her to actually sit down for an interview, it took her at least a week to get back to us. And when she did, she supplemented it with an apology saying that “all [her] work came down on [her that] week suddenly.” We understood.

Aside from jumping from one gig to another and recording albums for all three of her bands: Ourselves the Elves, The Buildings, and Northern Man, Alyana recently dropped a five-track EP titled Glossolalia (The Harsh Sounds of the Internet) under her experimental solo project Teenage Granny, and has been keeping herself busy scoring movies (all due this year) following her scoring stint with Petersen Vargas’ breakout film 2 Cool 2 Be 4gotten.

Now as one of her scored films: Prime Cruz’ The Debutantes hit major theaters, she leaves us with a playlist she calls “Five Seasons of Grief,” which in her words was “originally meant to be a playlist to help deal with a painful breakup, but is ambiguous enough to accompany grief in love.” She explains, “It’s a spin-off of the original ‘Five Stages of Grief’ but based on my experience, grief is like an earthquake. There are aftershocks, and the emotions involved are an overlapping of different combinations of the supposed five stages every time. So instead of stages, I consider them as elements, or Seasons that come and go, and come back, and away again.”

“Denial. This season serves as a good distraction and helps you maintain basic functions, such as eating and sleeping, and even doing work or errands.”

“Anger. The thing about this season is that you have to acknowledge that it’s okay and normal to feel angry, especially if you’re the one who’s been hurt or deprived. Anger brings upon many crucial realizations.”

Joni Mitchell – “I Had a King”

“Bargaining. The bargaining season involves a dissection of similarities and differences, good and bad moments, both polarities helpful in moving on.”

Ben Babbitt – “Too Late to Love You”

“Depression. This is the deep pit from where epiphanies will rise. The black hole, the eye of the earthquake.”

“Acceptance. Your light will shine when you least expect it. And you’ll realize that it came from the love you had for no one but yourself.”

SHAREOnly those who are stuck in their privilege bubble would think that last...