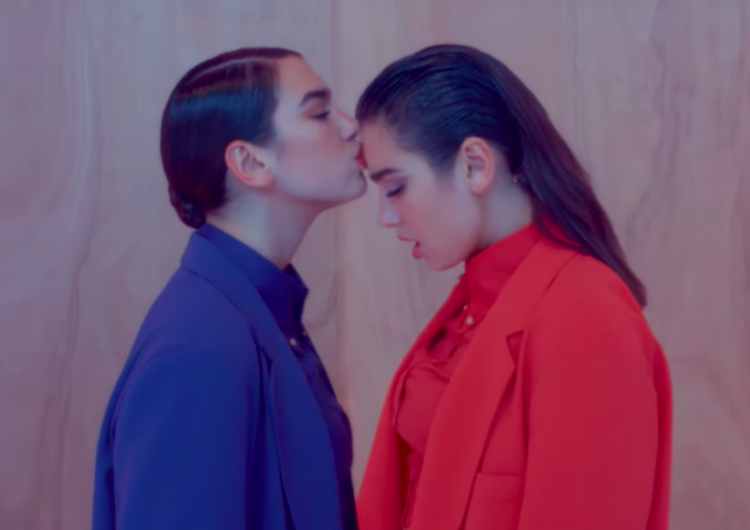 The new year has brought us some good and (already) some bad things, but for music junkies, it brought a lot of noteworthy releases that are definitely living up to the hype. These past weeks have been filled with a lot of dance music videos (no really, has every pop artist been taking dance lessons recently?!), some so groovy that they’re sure to get you up on your feet even when you’re having a lazy day. Then, not to mention some slow songs that you’d just want to slow dance to at two in the morning.

Check out some of our faves.

Bruno Mars ft. Cardi B – “Finesse (Remix)”
Best to dance to when: At a dance party with your special someone

Bruno Mars and Cardi B give us nostalgic ‘90s vibes with the music video for “Finesse”–complete with bright colors and fun, nostalgic disco moves. If you’re looking for a jam to dance with your partner when you’re both drunk in love with each other, this is the perfect song for you.

Dua Lipa – “IDGAF”
Best to dance to when: You see your ex at the club and he’s making moves on you

Dua Lipa’s music video for “IDGAF” features her having a dance battle with herself. Yup, that’s right, two Dua Lipas in one video (no, she doesn’t have a twin, unfortunately). In a tweet, she revealed that it was the “toughest and most challenging” music video she’s ever made, which took them 22 hours of filming. So if you ever lock eyes with your ex while at the club, give him some well-deserved sass by dancing your heart out as you mouth “Boy, I don’t give a fuck” to him.

Diplo feat. Mø – “Get It Right”
Best to dance to when: You’re feeling bad about yourself

Diplo’s collaboration with Danish singer Mø is a feel-good song that will lighten up your mood when you’ve had a long day at school or work. In the video, Diplo shows us a different side of himself–dancing awkwardly, trying to keep up with the choreography, and all while sporting a man bun to beat. Kudos to him though, because he’s got some moves!

Troye Sivan – “My My My!”
Best to dance to when: At a rooftop party with someone you really like

“My My My!” is a song that celebrates the kind of love that makes you feel giddy and carefree. In an interview, singer Troye Sivan said that he wrote the song when he was very inspired, and it led him to write something upbeat and happy, a contrast to the melancholic themes of his songs from his debut record Blue Neighborhood. Now we can’t wait for his next album. In the meantime, here’s some Troye Sivan channelling his inner Michael Jackson.

One Bit, Noah Cyrus – “My Way”
Best to dance to when: Things don’t go as planned

Noah Cyrus’ first release for 2018 is a catchy and groovy collaboration with British pop duo One Bit. The video is a haven of pastel pink and blue, with dance battles and epic choreography. Noah Cyrus opens the song with her on-point vocals, and in the video, she dons an all-white ensemble as she dances between blue and pink walls.

Hayley Kiyoko – “Curious”
Best to dance to when: Someone just ghosted you

The “Curious” music video gives us a glimpse of what it feels like to be ghosted by someone. Hayley Kiyoko tells a story of how a girl she thought she had a connection with is suddenly in a relationship with a guy, with honest lyrics like “You say you wanted me, but you’re sleeping with him.” That is guaranteed to hit a nerve if you’ve ever been in the same situation.

Vance Joy – “We’re Going Home”
Best to dance to when: It’s 2AM and you’re with the love of your life

“We’re Going Home” is a slow and gentle acoustic about a couple who seeks comfort in each other. The video features a old woman reminiscing her past with her husband. She is shown traveling alone, dressed in black, as if coming from a funeral. The video also features interpretative dancers beautifully performing in the middle of a field.

Tess – “Dark But Beautiful”
Best to dance to when: You’re feeling young and carefree

French pop icon Tess is set to take the international stage with “Dark and Beautiful,” a song that depicts the beauty of being young and making mistakes. In the video, she dances in a desert, and with clips of her plunging into the water.

Justin Timberlake – “Filthy”
Best to dance to when: You feel like brushing off the haters

The music video for “Filthy” (which is currently getting a lot of mixed reception) features Justin Timberlake acting as a creator like Steve Jobs, wearing an all-black outfit and eyeglasses, presenting his newest invention to a crowd. His creation, a dancing robot, wows the crowd with how life-like its movements are.

tUnE-yArDs – “Heart Attack”
Best to dance to when: It’s a Saturday and you just want to dance on your own

Tune-Yards’ video for “Heart Attack” is a colorful and eerily eccentric video filled with some serious dance moves. The group is bound to release their newest album, I can feel you creep into my private life this week.