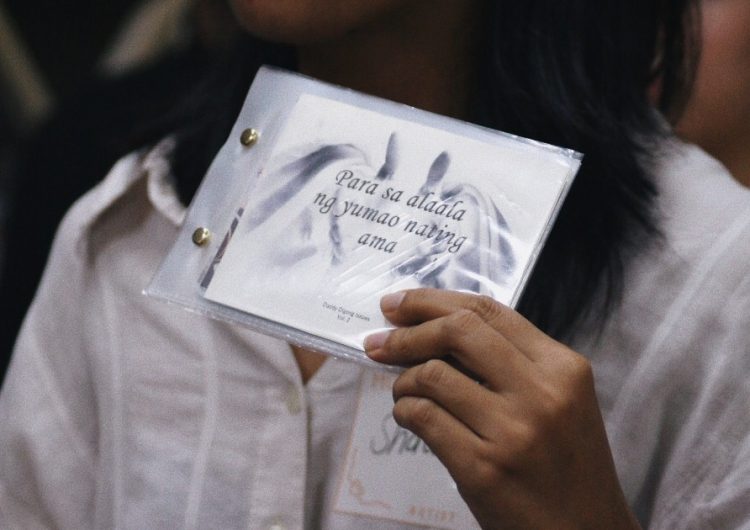 We went to the south last Friday to check out Munzinelupa (yes, the south south) at Picked Café & Gallery. Aside from plenty of zines and art from independent and up and coming artists, they also got live performances, talks, and films, so heading down from the where the usual events are in the Metro all the way down to Muntinlupa was pretty worth it.

Why is Munzinelupa so special? It’s just cool browsing through all the zines, prints, and stickers, and going home with a good haul without taking an hour or two each to go to the venue and come back home.

But that’s just us. We talked to some of the artists and people behind Munzinelupa about zines and zine fairs for the people in the south.

Asshulz: So ‘yung Munzinelupa nagderive siya from our previous events. ‘Yung isa ‘yung “Uy! May Ganap sa San Pedro!” which happened last year. We wanted to provide avenues basically for artists. Sa San Pedro alam mong merong artists and zinemakers doon pero walang avenue for them. We have to go to QC if we want to sell our work.

Asshulz: Yeah, it’s really just to provide avenues for artists sa south and bring local talents na rin. We also have film screenings. Most of the filmmakers here [in the South] are from Laguna. Also we wanted to share knowledge. ‘Yung Magpies they gave a workshop on building an art collective. Since partner namin yung Picked Cafe and Gallery, they decided to share their knowledge on coffee so they had a workshop on appreciating specialty coffee.

What’s the process/reasons on how you guys chose the lineup?

Asshulz: So the process for the artists was ‘yung mga kilala namin na zine makers. We just invited them here and we also made sure na may mga south artists na pupunta rito.

So what were your expectations before the event started?

Asshulz: We kind of expected na maraming tao because of the event page. Like, 1000 people were  interested and 300 [clicked] ‘going’. So ang dami. That’s what we were anxious about before the event. Lagi namang expectation ‘yung “Does anyone even know where Muntinlupa is? “Is that a foreign country? Do I need to bring my passport?”

What are the challenges you guys faced when planning the event?

Do you guys have plans for future installments of Munzinelupa?

Crispy Panda: Parang kami lang ‘yung nagspearhead. So, in the future, we want to inspire others to do the same.

I know Mac Arboleda (Asshulz). He started this.

In the past years, what are the changes you’ve noticed?

There are more zines recently. Ang daming releases, which is nice, I think. I think mas active na ‘yung students ngayon and young artists. I think the current political and social climate triggers emotion and ideas in young artists. I think it comes naturally. Parang they have access to these information they see online and parang sila ‘yung mga nagrerespond to it kasi sila yung nakakakita ng information compared to older people. May mas malaking responsbilities ‘yung younger artists and publishers [and] that’s why lumalabas na ganoon ‘yung work nila.

“I think the current political and social climate triggers emotion and ideas in young artists.”

So what are you looking forward to for the next zine events?

I’m friends with one of the organizers and since I’m frequent in going to conventions, he recognized me. And also since I’m within the south area.

“Dati puro xerox and ink-jet printing. Now, there are other ways in producing a zine with other modes of printing and with different styles.”

Throughout the past, what are the changes you’ve seen in the past zine events? Are there any changes in trends and artists?

I can only say that there is more experimenting in producing a zine. Dati puro xerox and ink-jet printing. Now, there are other ways in producing a zine with other modes of printing and with different styles. Most of the changes I see is within the work itself. It’s more diverse and different than other events.

What are you expecting or hoping to see in future events?

I expect a lot of new readers dwelling into the art. That’s all.

Find out more about Munzinelupa at the Facebook event page.