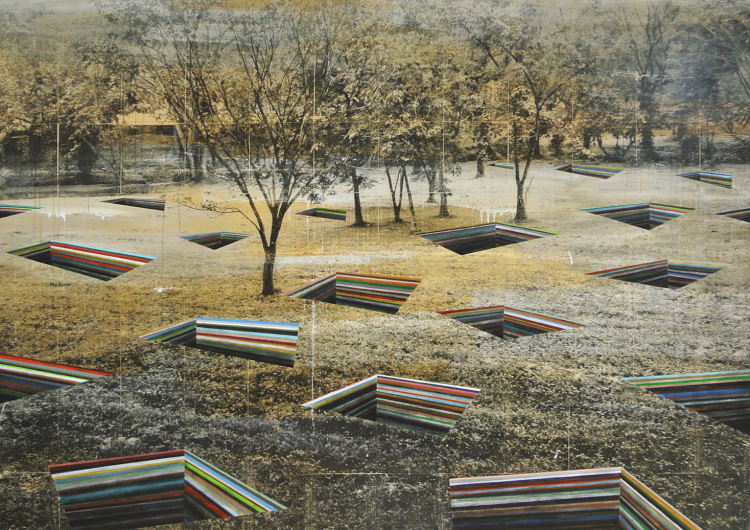 In college I had a Botany professor who ended all her exams with a question: Have you thanked a plant today? That always made me smile. As I said a silent “Thank you” to the chlorophyll-laden species of the world, I thought about how the world will not function without plants. For starters, the energy from the sun will not be harnessed to enter living systems. There will be significantly less oxygen and more carbon dioxide in the atmosphere. The planet’s temperature will be higher. Water will not cycle.

Plants have been in our midst ever since we have gained consciousness as a species. Sometime in the Quaternary, one of our ancestors plucked a healthy-looking leaf and started chewing on it, and thus began a relationship—a dependence, really—with them. Plants have since been present in every aspect of our existence: in food, clothing (your favorite sweater is probably cotton), medicine (some potent ones are derived from plant chemicals), and even romance (that rose bouquet you gave last Valentine’s Day.)

As an ecologist who studies plants and their interaction with one another and their environment, I reflect on the existence of these sturdy beings. Though seemingly benign, there is exciting movement in them. We fail to see this because they live in a timescale much slower than ours. The longer you observe them, the more you’ll see how they respond to the same stimuli that we do. There are parallelisms in our actions, but a difference in reactions.

Let us begin with the basics. Plants are producers, a term in ecology that pertains to their ability to produce food that they and the rest of the ecosystem use to function and live. A producer harnesses solar energy to combine simple molecules that are readily available on earth (such as carbon dioxide and water) and produces glucose, a more complex molecule used as a sort of currency in our cell for energy. Consumers, like us, must eat producers to get the glucose. But producers only need themselves to survive. There is an admirable simplicity to this. Plants are very productive despite needing very little.

The longer you observe them, the more you’ll see how they respond to the same stimuli that we do. There are parallelisms in our actions, but a difference in reactions.

Plants practice frugality. Cactus species, which thrive in arid parts of the world, have anatomical and morphological adaptations that allow them to conserve the limited amount of water they get from a harsh environment. Instead of having expanded leaves, cacti have evolved leaf spines that function not only to ward off potential consumers, but more importantly to avoid excessive water loss. Since the spines have much less surface area, evaporation is reduced. Cacti also have succulent stems that can store water. To compensate for the lack of proper photosynthesizing leaves, the stems contain the chlorophyll that allows plants to proceed with food making. This is why cacti stems seem juicy and green.

Some parts of the world do not just deal with heat but also wildfire. Plants in these areas, such as the grass tree, a relative of lilies, are prepared for this catastrophe. They have leaves so flammable that the entire foliage is consumed within seconds of being exposed to fire. However, some have protective stems or underground structures that remain intact and relatively cool that when the fire dies down, the plant regenerates. Ashes, not from the plant but from surrounding burnt species, contain nutrients essential for growth. These will be used for a new cycle of life in the area. It’s an incredible example of preparing for and overcoming a serious environmental challenge—like a phoenix rising from the ashes.

Some plants are not only ready for fire, but require it to continue with their life cycles. Eucalyptus regnans, known as mountain ash, are a massive species that grow in parts of Southern Australia that produce fruits that await intense heat in the forest before they crack open to release seeds. Once a fire starts burning, the fruits burst open. The fire continues to rage on, spurred by oils that trees produce. According to studies, this species lives like this to cycle nutrients in that ecosystem. Burning down the minerals they have accumulated in their body allows for the recapture and subsequent use of future generations of mountain ashes, a true illustration of sustainability in nature.

Plants are self-sufficient, but they also collaborate. Even if they are able to produce food, there are cases when they require the assistance of other species.

Meanwhile, some plants are inundated in water during their entire existence. Mangroves, which line coastal areas in equatorial forests, experience the constant ebb and flow of tides each day. Flooding and suffocation are an issue. Some mangrove species counteract this by developing a type of root that emerges from the water surface, acting like a snorkel. Others develop prop roots that act both as breathing apparatuses and also crutches that prevent the tree from being swayed too much by currents.

Water also presents a problem for propagation in mangroves. How will seeds get rooted in the ground with water always there? To go about this, mangroves have elongated, candle-like fruits with sharpened tips that allow falling fruits to pierce the water surface and soil underneath. Mangroves also exhibit vivipary, a phenomenon wherein seeds already sprout while still attached to the tree. This allows the seedling to immediately conduct photosynthesis the moment it is let go by the tree.

These are examples of plants not just adapting to, but actually thriving under extreme circumstances. But they do not have the monopoly of the struggle. Plants you encounter daily have to battle the elements to survive. Imagine, how did a tiny seed carried by the wind grow into a tree in the middle of a concrete pavement? How are those hanging plants along EDSA still alive despite an unending exposure to smoke? They most probably change their structure and function, maybe by producing extra branches of the root to get to the nearest water source, or changing their internal metabolism to get rid of excess poison they absorb. Life persists despite all odds.

Plants are self-sufficient, but they also collaborate. Even if they are able to produce food, there are cases when they require the assistance of other species. This give-and-take relationship happens in pollination, when the plant offers food to possible pollinators such as butterflies and bees in exchange of pollen transfer services. When the insect lands on the flower in search of nectar, the anthers containing the pollen brush up against the bug’s body, so that when it flies to the next flower of the same species, the pollen is consequently transferred to specially located receptors, ensuring the continuity of that plant’s lifeline.

Unlike us, plants aren’t judgmental. They thrive not in spite of it, but precisely because of it.

In agriculture, we might look at the cultivation of plants in a purely anthropocentric vista, with humans being the masters. After all, we are the ones putting seeds on the ground, watering them, providing fertilizer, and harvesting the fruit. But consider the flipside. As we are being given food by these seemingly innocuous creatures, we are helping them propagate. We do the work they can’t, we clear the lands for them to grown on, we provide water supply, and make sure they get enough sunlight. By ensuring that they offer themselves as food, in turn we ensure they continue to flourish.

These interactions among plants exist everywhere on earth. A trip inside one of our rainforests will show you hundreds of plant species engaged in different connections with other organisms, forming a network that makes the habitat a fully functioning system. This high diversity in plants has been scientifically shown to encourage the productivity in an environment. It’s something that may be difficult for human beings to understand, as they’re too worked up about diversity—in race, sex, religion, politics. Unlike us, plants aren’t judgmental. They thrive not in spite of it, but precisely because of it.

Sedricke is formerly an assistant professor of biology at University of the Philippines Manila. He is presently involved in conservation research with Fauna and Flora International – Philippines, trying to save as many Philippine forest patches as possible. He nabbed a best research presentation prize during a short study stint chasing butterflies in Yunnan, China.

SHAREClark Kent, also dubbed as “Superman,” is a 10-year-old swimmer who recently beat...

SHAREAs soon as the first of the complete Batman v. Superman: Dawn of Justice trailers...