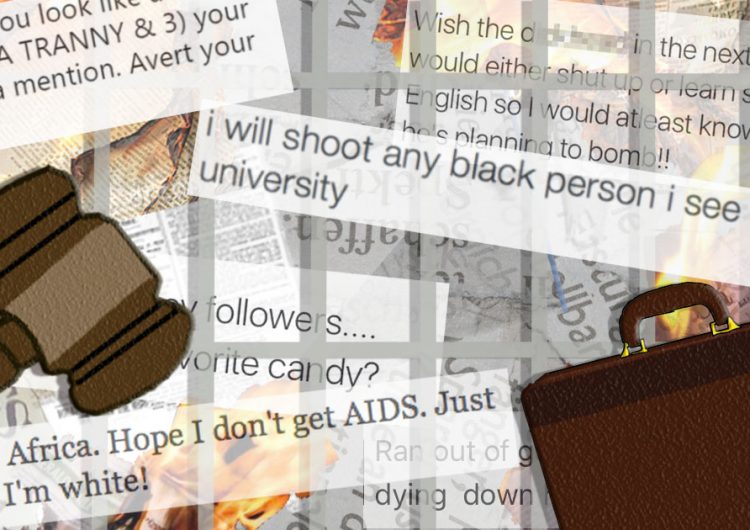 Imagine this: you lay down on your bed and feel the warmth of your linen sheets. You casually check your news feed for any updates on your favourite artist, probably stalk a few friends—then there it is. Right across your computer screen is a tweet, video, or picture gone viral. The article features a person whom you don’t know facing backlash after posting insensitive content. As a result, they were fired from their job, expelled from their university, probably even permanently labeled as ignorant. You stare at your screen for while… then casually move on to the next article.

It’s a daily thing, a weekly, monthly thing. The internet pats itself on the back for doing its job and all is well until it finds its next target. This constantly happens everywhere. Most probably so that people could spread awareness and start a conversation.

What makes social media popular is the fact that stories could be freely published and viewers are given the opportunity to react however way they want. Gone are the times of the TV and newspapers with their one sided communication. Here is the age of the internet that turns issues into a conversation. No longer are we spectators in the world, rather we are given the power extend information to the farthest parts of society.

But where does the conversation stop and how far could we take it? Does it stop once their personal life is damaged?

Case in point: Justine Sacco, who lost her job after public backlash for an insensitive tweet posted back in 2013. Before boarding a plane set for South Africa, Sacco tweeted:

Another is Catherine Deveny, a comedian who posted this tweet:

“I do so hope Bindi Irwin gets laid”

Two days later, she was no longer a columnist for the Age Magazine for her tasteless tweets about a 12-year old.

I have to admit that all of them were careless, insensitive, and such behaviour must not be excused. But here is a true and honest question: what sense of satisfaction do you receive knowing that their personal life is in disarray? Does it further advance your beliefs? I assume that many respond in retaliation in order for their position to be heard. But how sure can you be that these people are sorry for their ignorance and not sorry for the fact that they got caught?

Well…you don’t. Go ahead, pride yourself in claiming to be all inclusive and for doing god’s work by defeating the evil prejudiced. But this does not fix the problem. What happens after the wave of hate is nothing. You don’t hear from them again.

What is different is that you placed their views on higher platform for all the world to mock at. As far as we know, their story only ends once the internet is satisfied with their misfortune, when “justice” has been served and all is well again in the world.

“What is different is that you placed their views on higher platform for all the world to mock at. As far as we know, their story only ends once the internet is satisfied with their misfortune, when “justice” has been served and all is well again in the world.”

And it seems final, to be permanently labeled as the uneducated privileged by the court of the internet. The conversation ends. We give them no area to grow and develop their beliefs—just hate.

It sounds counterproductive to respond hate with excessive backlash, even going to the extent of ruining private lives. You may be glorified for your ability to be accepting towards other opinions, yet you fail to respond effectively to adversaries. Attacking those who seem too ignorant for your views.

Instead, users must go on with the more reasonable response of spreading the correct information, understanding the context of their views, and using love as the reply to heartless content. Fill their minds with ideas.

As people who know better, we have the responsibility to encourage them to learn about different standpoints. Only then will your beliefs not only be heard but understood by those who only stare at their screens. For now, we rest on the hateful fighting with the ignorant.

SHAREScott Mescudi, better known to you all as Kid Cudi, recently made headlines...