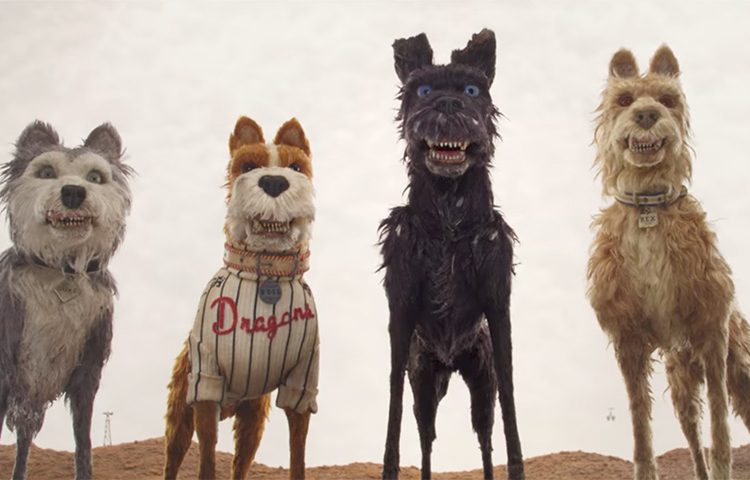 I hate walking my dogs in our neighborhood.

Where our family lives in the south, we’re among a relatively few people who understand that dogs need to be free, and they actually need to be walked. That makes for an environment in which you either can’t go far without setting off neighbors’ leashed and/or caged dogs, or encounter someone who is deathly afraid of your dog—even if he’s just a curious puppy, or a little sausage who isn’t growling at you. Sometimes I wish I lived somewhere better.

It always baffled me that people were afraid of dogs. Or, at the very least, didn’t respect them enough, because they all feed into this vicious cycle where they come out looking like mere beasts. If you don’t treat them well—as souls with physical and psychological needs—and just keep them leashed or caged, they’re going to act out their territorial instincts. That means they’re going to be fierce and fearsome, barking and biting at anyone who even barely violates the turf they’ve claimed as their own. All that, in turn, feed into people’s natural fears. (Especially if they’ve been bitten by a dog before, even though one biting incident doesn’t really say much about a dog’s nature.)

But all that is conjecture I’ve had walking the streets with my pets. No matter how close I might be, I don’t actually know the real, official reason why we humans are cruel to them. So I went around and asked the people who have a better understanding of man’s best friend.

“Generally speaking, I think people are scared of dogs because it’s a different species which most do not have understanding of,” says Jennie Fajardo-Panes, one of the trainers at Pup Culture, a dog behavior school in BGC. “Then they scare themselves even more with stories about horrific dog bites and attacks without understanding why these bite incidents happen in the first place. Dogs do not bite just because. They give out certain warning signals that people do not recognize. It’s imperative that people understand the language of dogs.”

The Philippine Animal Welfare Society (PAWS), the people who lobbied for RA 8485 and RA 10631 or our Animal Welfare Act, agrees with the assessment that people spread their own fears. “The way Filipino parents teach their kids is more out of fear. That’s the basis,” explains Li-an Ascalon, PAWS education officer. “For example, you don’t want them to go out, so you tell the kids that there’s a ghost or there’s aswang, there’s mumu so they don’t stay out at night and play or they’re going to be safe.”

Although dogs are generally gentle animals, it’s also worth mentioning that there are some reasons to be afraid. The Philippines is still not a rabies-free country—in fact, the World Health Organization has ranked us among the top 10 countries with a rabies problem, with around 200 to 300 Filipinos dying from the virus.

The way we deal with dogs and rabies, however, is a marker of a general, large-scale miseducation we have around here about a whole lot of things. For example, a lot of us, myself included, grow up with the false notion that dogs are born rabid, and any dog bite is apparently an automatic death sentence via rabies, which could not be any further from the truth. (Go to any doctor and they’ll immediately give you an anti-rabies shot when all you asked for was anti-tetanus, even though you know your dog was just playfully nipping you.

Going back to my first point, though—does this fear manifest itself as apathy, or worse, cruelty towards dogs? Does it feed into itself, into that vicious cycle? Fortunately, Panes doesn’t seem to believe so. “I don’t think fear has something to do with how we treat animals,” she says. “It’s one’s knowledge that will lead him to treat an animal properly. Educating people of the proper dog care and handling can make them treat dogs better. And knowing will ultimately lead to reduction of fear for we only fear things we do not know or understand.”

And thankfully, whatever fears I had about Filipino society being a society that’s generally cruel to dogs, or animals as a whole, isn’t founded on any facts. There is cruelty—stories of people you would not believe can do such things to animals—but we’re not backwards enough that we’re all terrible people.

“I can’t really say that they’re generally cruel. I see both sides especially in our work,” Ascalon comments. “We’re probably both blessed and cursed. We’re blessed to see so many people who have that compassion and passion in helping animals, having all this here just to help them. And then we also see the bad side of it. I don’t know what’s wrong with these people that they could do these to innocent animals, sensitive beings who don’t do anything to them.”

If you’ve noticed a major running theme in all of the points they’ve brought up, it’s because the importance of education in these matters can’t be made any clearer. I mean, with everything else that’s going wrong in the world, they can all be traced back not to a collective sense of malice, but to a lack of information and awareness. These are things people need to stay woke about, so to speak.

With all these things to remember about owning and treating a dog (they come with just as much baggage as having and raising a human child) where does one begin? If you must know only one thing about keeping a dog, that one seed of truth in your mind from which a pursuit of knowledge will grow, it’s this, care of Ascalon: “Basic respect. Respect for a being, not just human being. Don’t just let it be. I think that if you’re humane, if you’re compassionate to an animal, then your circle of compassion widens.

“So if you’re not fond of pets, that’s fine, just don’t hurt them. That’s it. You just have this basic humanity in you and respect for life and coming to the of aid someone in distress. Stay humane. That’s why you call it humane society.”

That’s all there is to it. And maybe one day, I could finally walk my dogs at home in peace.

SHARERemember that movie with a small town lady falling in love with a well-built fish? How...

In Lechonk we trust