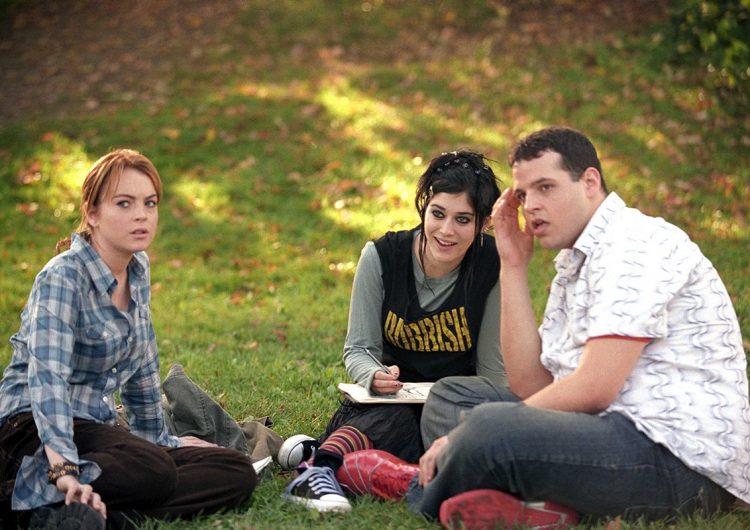 I was six years old when I first met her. I was a shy kid with fresh wounds from the bullying I experienced from kindergarten. You could say that I was a skeptic of new people. The very idea of friendship was alien to me.

One day, I arrived to school late, and all the kids in my class were already lined up, ready to walk to the quadrangle for the flag ceremony. I hurriedly went in line, put my hands in the back like the teacher instructed, and walked quietly. A few minutes later, the girl behind me tapped my shoulder, gave me a wide smile, and introduced herself. Alexa, she said.

That Monday morning, which at the time seemed unimportant and mundane, started a fourteen-year-long friendship. It easily turned into a solid sisterhood, but our relationship eventually crashed and burned once we grew apart and became two very different people.

It never occurred to me that I was insensitive. Emotionally detached, yes, but insensitive? Never. I always thought that I was the type of person who knew how to read a person and our relationship correctly, but turns out, I wasn’t. I realized this in the middle of the night, after I received a very long message from her that spawned from months of not talking to each other. She basically told me that I was an insensitive bitch who doesn’t deserve her friendship. Yes, I just called myself a bitch–and quite deservingly so.

Her message, to put it simply, recounted of all the times I had hurt her. It was filled with pent-up hatred and frustration from the times I made her feel bad about herself–cracks on our friendship that I didn’t know even existed.

I felt like I was punched in the gut and then drenched in ice cold water. Our friendship flashed before me in a matter of seconds. Fourteen years of being together, of experiencing a lot of milestones, of sharing our love for math, of studying far from home, of living in dorms, and exchanging our secrets. Suddenly, everything felt like a lie. The friendship that I held onto for so long suddenly vanished, all because I couldn’t make myself sensitive enough to feel with her pain. I was too selfish and too self-absorbed, and that was when I thought, what if I was actually toxic to her?

I hurt her in so many ways, for so many years, and even though it was unintentional, the damage has been done. I realized then and there that I was a bad friend, and her cutting me off was the right thing to do–both for her own sake and sanity, and for me to realize the fault in my actions. It was a wake-up call.

You should call out your toxic friend

There are quite a few things that I learned from this experience, but one thing that stood out is that friends, no matter how long you have known them, or how much you’ve been through together, can still hurt us. The people closest to us are the ones who wield the power to hurt us the most, no matter how unconsciously they may inflict it. In our case, I was the toxic one, and she, the victim of my callousness.

Reading her message felt like a bad dream that came to life, but in retrospect, I found that in a weird, twisted way, it was also an act of kindness. She took all the courage she had and freed herself from my claws that cut her deep, and then slapped me with her own dose of reality. Calling me out for my actions and cutting me off of her life opened my eyes to my mistakes and flaws. Now, even though our friendship is no longer ongoing, I am a better person, and I have her to thank for that. I can only hope she feels the same.

It’s easy to take for granted the people we have in our lives, especially our friends who always have our backs when we’re in trouble. It is up to us if we’re going to nurture our friendships or let them fade into the background. Being a good friend doesn’t only mean that you hang out with them all the time or share a lot of secrets. It also means being thoughtful of their feelings, and being aware of how your actions affect them.

Friends accept us for who we are–all the good things and bad. They are the people who get drunk with us when we’re heartbroken, and the ones who support us in our endeavors. So call up your girlfriends and have a sleepover. Give your bros a hug and tell them how grateful you are for all the times they picked you up when you were too wrecked to go home.

If I could relive all of it, I would do better and be more intuitive, but at the end of the day, regret can get me nowhere, and all I can really do is better myself so I won’t make the same mistakes in the future. So if you ever feel like your friendship is standing on shaky ground, take action and talk to your friend immediately. Save yourselves from the pain of losing a best friend because you were too blind to see your own flaws.

So… is this good for a history degree? *thinking emoji*

A definitive list of unique gifts for your edgy™ friends

SHAREBer szn has arrived and, along with it, the torrential downpour of family...