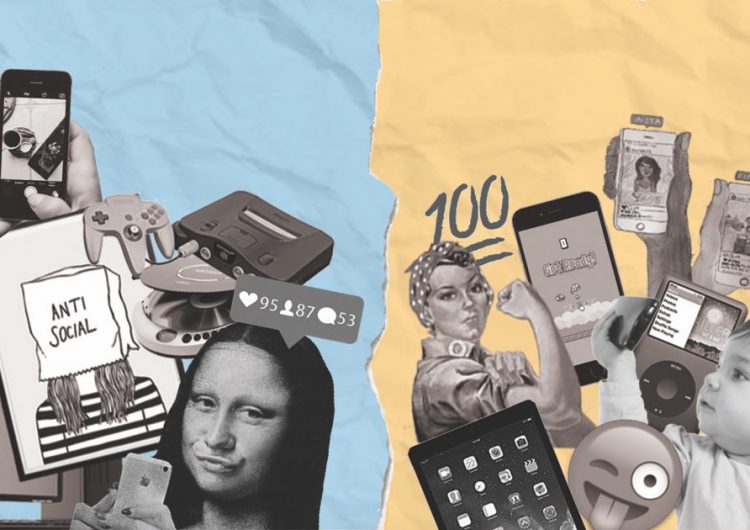 Most people would like to argue that the problem with Generation Z is that we are always on our phones. “Back in my day…” older generations start, diving into a reminiscing lecture on their social-media-free childhood.

Well, it’s time to stop feeling guilty. There is a gaping difference between Gen Z and the millennials when it comes to the way they act on social media.

The confusion with us Gen Zers and the millennial generation is that they tend to get lumped into the same category. If I’m being honest, until about a year ago, I thought that I classified as a millennial too. But I don’t. We’re a new generation. Gen Z consists of a whole new age group, with our own set of priorities and opinions.

Right now, millennials would be roughly around 19-35 years old while Gen Z could be anywhere between 5-18 years old. The main difference between the two is that millennials were the pioneers of the digital age while Generation Z was born into it.

Because we were born during a time where social media was at its peak, we’ve grown accustomed to having their entire lives documented online. And we’re tired of it. For us, privacy has become paramount before any amount of followers, likes, and views on our social media accounts. It’s no longer okay for all of our followers to know where we are, what we’re eating, and who we’re with for every second of every day.

“For us, privacy has become paramount before any amount of followers, likes, and views on our social media accounts.”

It’s just a downright invasion of privacy. Because of this, rant accounts on Twitter and photo-dump accounts on Instagram were born. Being very common among our generation are rant and photo-dump accounts that were created with the purpose of sharing certain parts of our lives with only a close-knit group of people. We do this because we’re tired of the whole world knowing what we are up to. Just because it happened, it doesn’t mean we have to document and share it with the rest of our social network.

On the other side of the coin are the millennials. Born and raised without the overbearing presence of social media, the millennials somehow feel like they now have to make up for the missed time. They grew up with video games and the rise of the internet, but social media was not as popular as it is right now.

From their morning cup of coffee to their nightly bedtime reads, you’ll find it all on a millennial’s Instagram stories. They document most parts of their lives in an attempt to preserve the memories. Can you blame them? It can be addicting.

But we don’t have this problem. We’re much more selective when it comes to what we post on social media. It’s common practice. Sure, we spend a decent amount of time online, but not more than the generations before us. It’s just not our thing.

We have just as much substance as any other previous generation. If anything, we’ve managed to become a wholesome generation despite the overbearing presence of social media hovering over us all throughout our lives.

SHARE[Warning: This article contains spoilers.] I had always been ready to answer my...