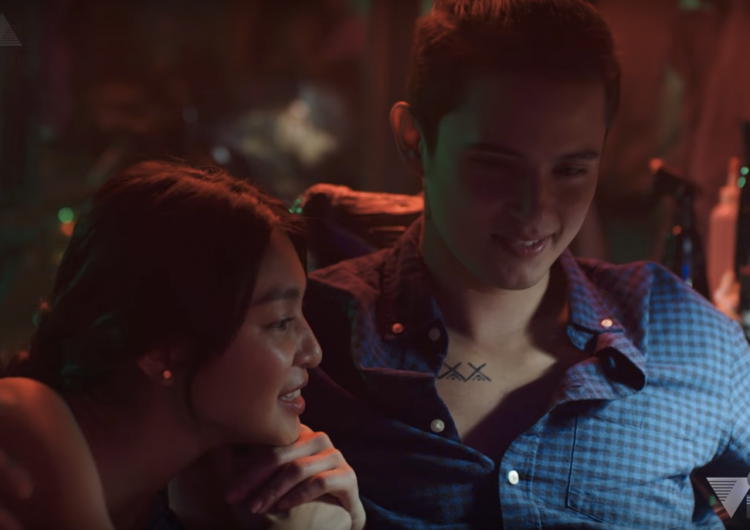 Last night, director Antoinette Jadaone dropped a teaser to her new film featuring James Reid and Nadine Lustre, titled Never Not Love You. The simple teaser itself, which is giving us a lot of Drake Doremus’ Like Crazy vibes, shows the respective characters of James and Nadine getting matching couple tattoos. James’ character then proceeds to ask Nadine’s to come live with him.

We noticed that this is a nod to Nadine Lustre’s famous statement to the media when she was asked about the rumors of the celebrity couple actually living together in real life. “Come on guys, it’s 2017!” eventually became a popular meme that circled around social media throughout the rest of the year. Even director Antoinette Jadaone herself tweeted the trailer with the caption “C’mon guys, it’s 2018!”

On the description of the Never Not Love You teaser, an idea of the plot was given though there isn’t a screening date yet. It reads, “Two young lovers meet and fall in love. Together they build a life until career opportunities bring them out of the country. Out of the comforts of home and with individual careers going different directions. Will their love survive?”

Regardless, we’re loving the indie film feel that the teaser gives off as well as the intriguing storyline. And being directed by On the Wings of Love‘s Antoinette Jadaone (we cried all throughout Love You to the Stars and Back, okay), this is the Jadine film we’ve been waiting for all our lives.

SHAREExpensive jewelry never enticed me. No, it’s not some “one of the boys”...