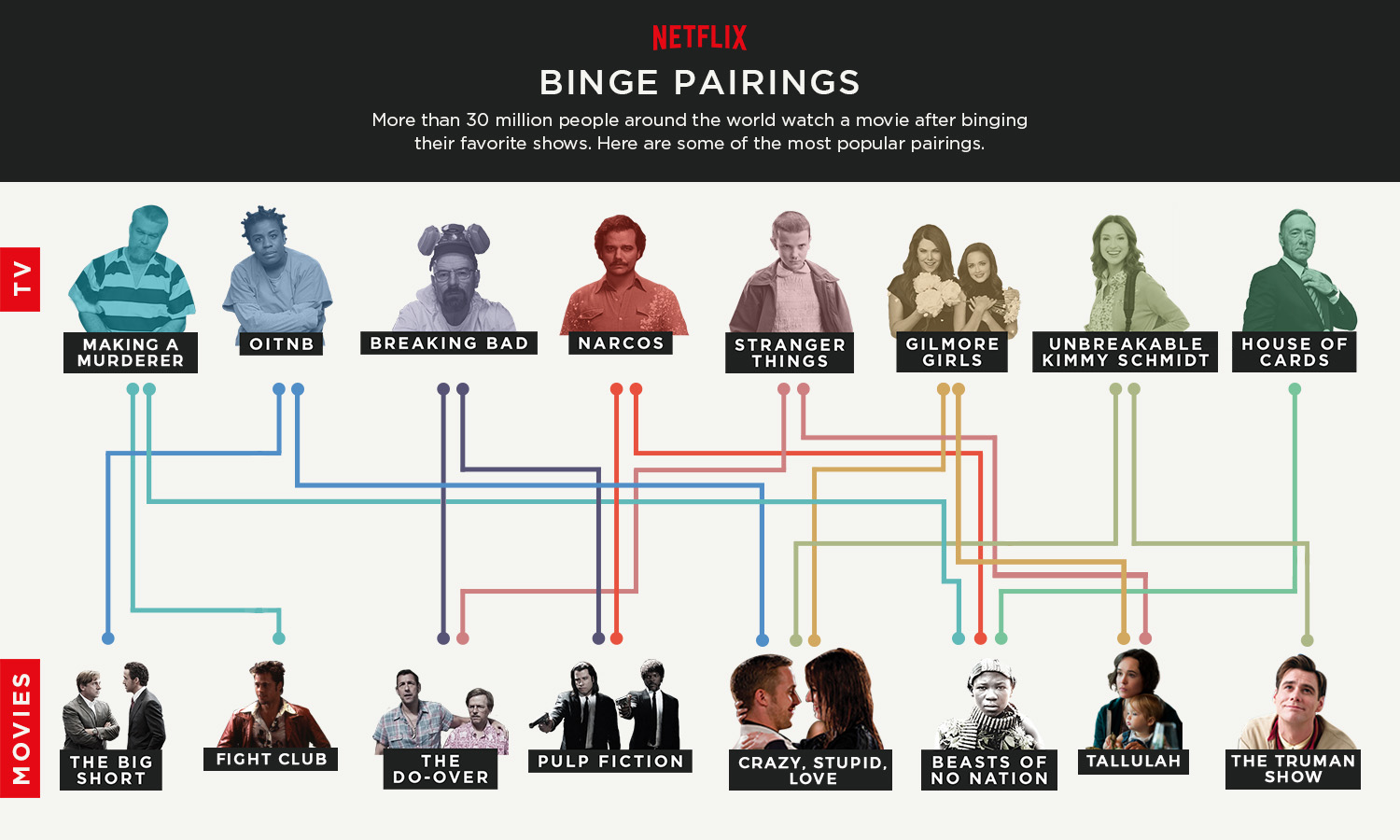 Dinuguan with puto. Champorado with tuyo. Some things are better together, and it turns out TV and movies are one of those pairings. According to research from Netflix, a new trend in watching has emerged with more than 30 million Netflix members around the world weaving film into their binge routines.

After finishing a series, a majority of Netflix members (59%) take a pause, usually lasting three days, before committing to a new show. During that break, more than half (61%) watch a movie to keep the binge feeling alive, like pairing the satirical comedy The Truman Show to the delightfully quirky Unbreakable Kimmy Schmidt or the criminally comedic The Big Short to the dramatically comedic Orange is the New Black.

When looking globally into what movies most often followed some of today’s top series, interesting pairings emerged. After watching House of Cards, some members moved to Beasts of No Nation swapping politics for war, but keeping a narrative deft with uncompromising and ruthless leaders. Vince Gilligan’s cinematic nod to Tarantino in Breaking Bad didn’t go unnoticed with watchers moving on to Pulp Fiction after Mr. White bid his final adieu. Meanwhile, fast talking fans of Gilmore Girls kept their retro references fresh by revisiting movies like Clueless and The Notebook.

Members also turned to documentary films to fuel their post-binge craving. After watching Narcos, viewers fueled their cartel curiosity with Cartel Land. Watchers of Marvel’s Luke Cage continued the pursuit for justice with 13TH while fans of Black Mirror saw the real consequences of technology in Hot Girls Wanted.

An exception to this pattern – comedy. When watchers are in the mood for a different entertainment rhythm they tend to choose comedy as their series pair. This stands especially true for horror series where viewers of the frightful most often turn to comedy before moving to the next nail biter. For instance, fans of Stranger Things turned to Big Daddy to help shake off the thrills while watchers of Scream  traded terror for comedy like The Do-Over.

Filipino fans followed similar patterns of staying with the same genre and style of the series. For example, those who loved Stranger Things wanted more of the same great thrills and chose Super 8, another sci-fi thriller set in the 80s. Meanwhile, Marvel’s Daredevil fans who hankered for more grim and gritty action turned to Kill Bill Vol. 1.

It’s no surprise that trends like these happen. When recommendations are just at the corner of your eye, binge watching beyond a single series isn’t really going down the rabbit hole. We just want to watch more of the same thing, even if it’s not the exactly the same series or movie.

Here are some popular series-movie pairings, according to research: 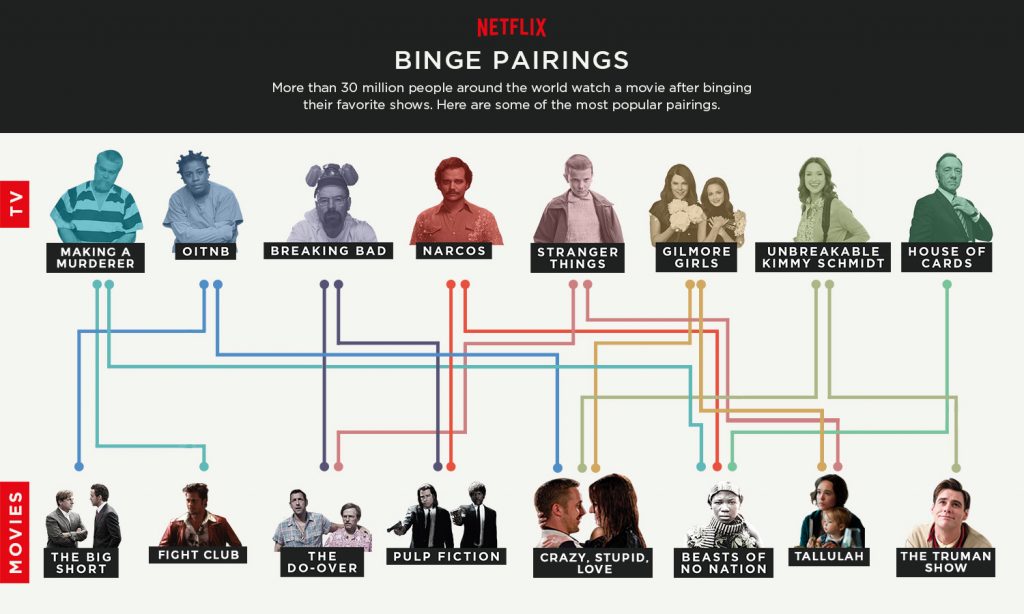 SHAREWe’re all fans of Haruki Murakami here. And as fans, we know two...