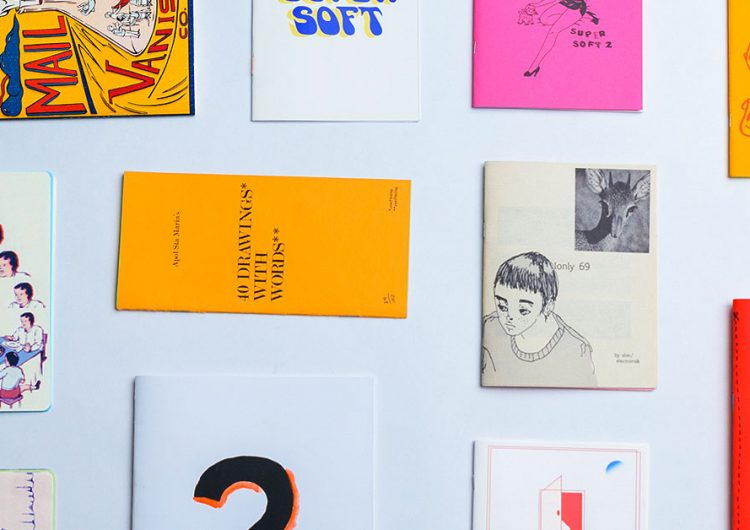 There are several reasons zines have experienced a resurgence. It could be our lack of access to homegrown literature in major bookstores; it could be that we are ultimately nostalgists at heart; or it could be their cheap and DIY nature we’re so drawn to. But at the spine of it all is the form of escapism they offer, both to the artist and the audience. Stapled and flawed, zines piece together an untampered creative freedom the mainstream usually deprives us of. Getting everyone’s sheets together, they are a refuge for young creatives to express paper-led testimonies of feelings, aesthetics, and cultural ideologies.

As far as we know, local zine culture has flourished since the ’80s, but it wasn’t until the early 2000s that we saw the community actually turning a page. A major factor in this growth is a small press expo called Better Living Through Xeroxography (BLTX). Since its inception in 2010, BLTX has not only branched out into different locations around the Philippines (Quezon City, Naga, Davao, Cagayan de Oro, and Baguio), but it has also been providing a safe space where voices of women and the LGBTQ community can be heard. It inspired zine enthusiastic collectives like Magpies Press and Studio Soup Zine Library to strive in leaving paper trails of diverse expression as well. 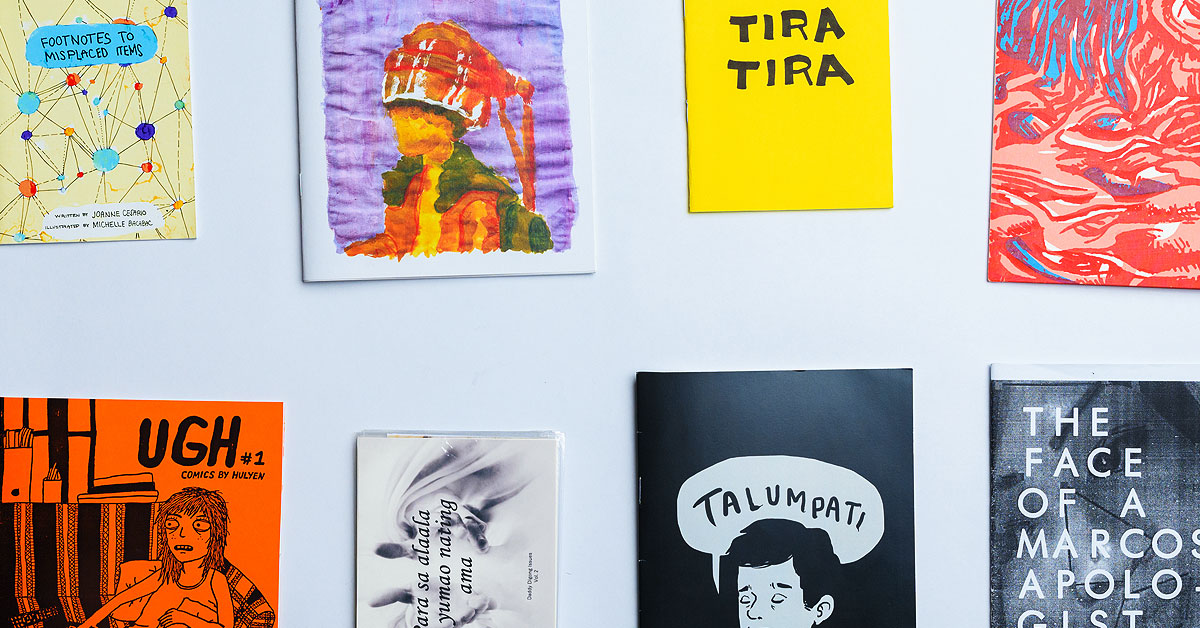 How important do you think self-publishing is to artists and  writers?

Adam David: As important as parks are to a city. The small press is often where people can exercise their artistic and political muscles more loosely because it often exists outside of the market, thus [it’s] not beholden to fulfilling profit margins.

How about to our society?

Camz Dagal: It encourages people to bring their works out and voice their ideas and opinions. Whether right or wrong, the contents of zines are personal and untampered. There will always be minorities, and this is a venue where they can make their voices heard. Zines also build communities based on shared opinions and reading them puts you into another person’s experiences.

Mac Andre Arboleda: Self-publishing gives the greatest freedom to artists and writers. With self-publishing, you’re given full control and the hands-on experience of accomplishing your own projects makes you more in touch with your craft. Not getting exploited by big publishers is just an added bonus.

Hulyen: Venues like BLTX, Komikon, Local Loca, etc. have also been very important. It encourages artists and writers to create and put their work out there. Creators don’t have to wait for mainstream publishers to release their work because they can print their own comics and zines. With self-publishing, people can experiment and be weird. It was in these small press expos where I saw work that was new, strange, and different from the stuff you can buy in bookstores.

Zines aren’t necessarily a new thing, but why do you think more people have become drawn to them in the past few years?

AD: I have a feeling it’s a reaction to how more and more of our engagement with rough reality has been shifting to strictly slick digital. People are ultimately nostalgist and materialist at heart. We will always seek to relive the non-digital experience even while using digital means. So in the age of easy blather in digital social media platforms, more and more people are getting into analog social media platforms like perzines, sketchbooks over Tumblr, portfolio zines over Deviantart, stickers over emojis.

Pam Mendoza: In my perspective, a lot of people are drawn to it because zinesters have started to work hard to disseminate information on zinemaking and its functions. People have started organizing events, and made spaces for zine appreciation and exchange. For non-zinemakers who go to expos, I think they like getting to personally know the creators behind these zines. 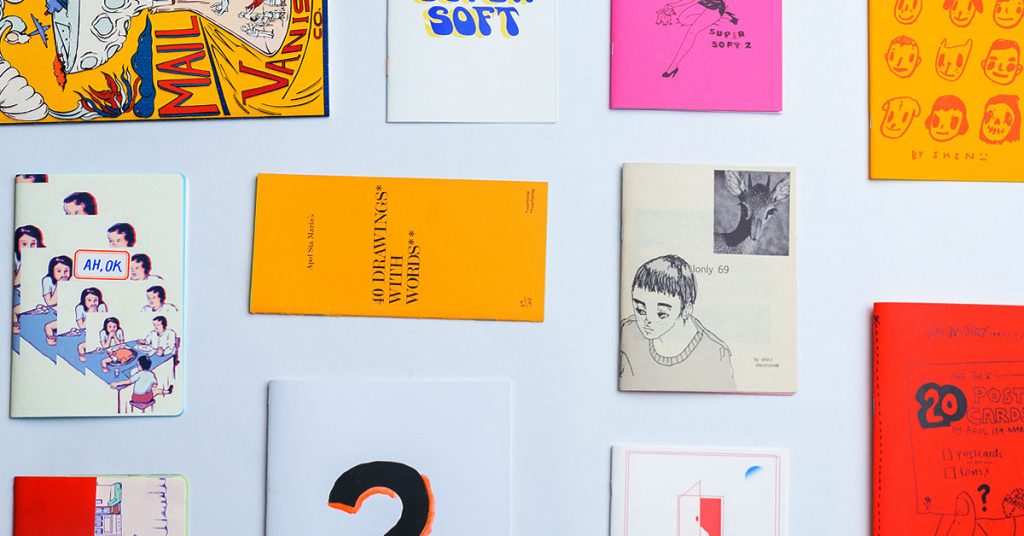 In your opinion, what needs to be changed in the zine scene now?

AD: Becoming more politicized, becoming more socially committed, and being self-aware enough to know when to stop focusing on buying and selling.

H: I wish to see more comics at comic conventions and less stickers, prints, fan art, and other merchandise. I do get why artists tend to tackle those mediums more often; they’re easier to do and usually sell more compared to comics [laughs]. But I don’t want to see the future with just stickers and not much comics. I prefer buying something that I can read.

MA: We wish we could see more art criticism. We’d really appreciate it if people wrote about what they thought about zines like how they’d talk about the latest QCinema film they’ve watched. The only way the scene could be pushed further is if people actually started seeing zines as art objects that can and must be evaluated. Oh, and if there’s another thing, we wish the creative scene wasn’t centered in Manila!

Shaunnah Cledara: And artists should really start doing away with the bullshit that is the image of the artist as a lone genius. So more engagement with fellow artists, and the community.

CD: Also, we all need to get healthcare coverage and better laws as artists and freelancers, who don’t hold a full-time job. A healthy artist/creative/writer can make better work than a sick one. That way, people can do work that’s not just aimed at just making money.

Where do you see the local zine scene going?

SC: Content-wise, we’ll see more zines with more awareness of the uniqueness of the form. Artists and readers alike are going to gain more understanding that zines aren’t just a trend, that they carry so much more potential for touching issues that are usually just swept under the rug or for content that is not just “cool” or “pretty.” Hopefully, the zine scene continues to interrogate standards in art and literature.