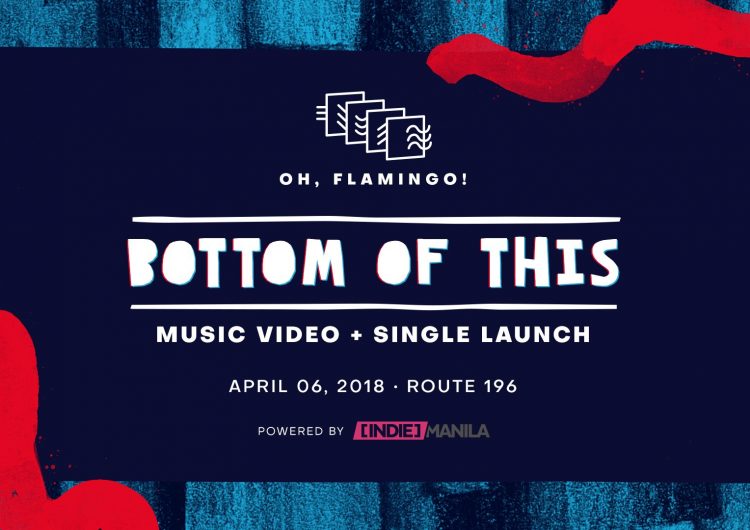 Last December, indie rock quartet Oh, Flamingo! responded to pleas for new music from fans and listeners. In a statement posted on their official Facebook page, they assured supporters that the band was “working hard” and “very excited to finally share new music.” It was also accompanied by news that Apartel and Wilderness drummer Pat Sarabia would be joining the group and replacing former member Fries Bersales.

True to their word, Oh, Flamingo! is back and has just revealed a launch date for their newest single + music video, “Bottom of This.” Taking place on April 6, 2018 at Route 196, Katipunan, this will be their latest release after almost a two year-long hiatus from new material.

The band skyrocketed to nationwide cult status when they won over everyone’s hearts as the winners of Wanderland Music Festival’s Wanderband 2015 — most notably with their hit track, “June,” whose infectious opening chords were recognizable across airwaves and speakers everywhere. It was soon followed by the debut of their self-titled EP during the latter part of the year.

With fresh music on the horizon, we’re keeping our fingers crossed for an album. But until then, we don’t mind getting to the bottom of this.