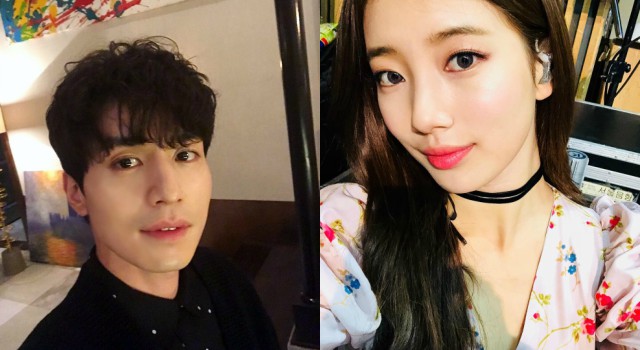 If you’re a K-pop or Korean drama fan, then you’ve probably heard it by now. Yup, it’s been recently confirmed that actress and singer Suzy is currently dating fellow actor Lee Dong Wook (our favorite Goblin tito, of course).

Dong Wook’s agency, King Kong by Starship, has said that the two had met at a private event. “They recently started to get to know each other with good intentions and have feelings for each other. Because it’s still the beginning and we just learned about it, there’s not much we can say about them dating or being a couple.”

We’re totally loving this new celebrity couple, but what makes it even cuter is that way back in 2012, Suzy actually picked Lee Dong Wook as her ideal guy. On SBS show Strong Heart, wherein she was a guest and which Dong Wook was hosting at the time, Suzy listed down her past ideal types, such as celebrities Kang Dong Won, Lee Min Ki, Yang Yo Seob, Kim Soo Hyun and Ian Somerhalder.

When Dong Wook asked her who her current ideal man is, she said it was him, which he eventually got to joke about, calling her very serious about her decision indeed. (Their banter was too adorable, okay.)

Suzy even got to draw his portrait on the show.

Funny how things come together in the near future. Congratulations to the new happy couple!

SHAREAttention: Assembly Generals wants everyone to wake the eff up this year, and...