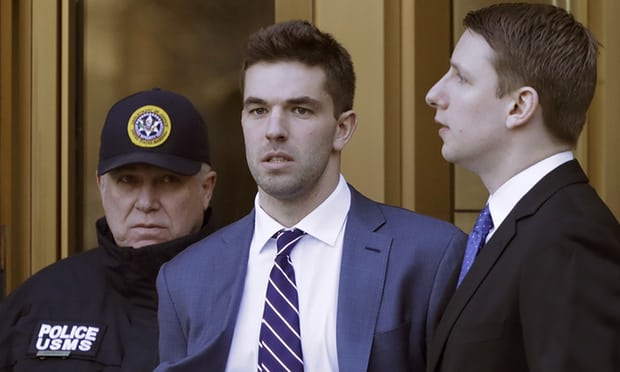 Remember the fiasco last year that was the Fyre Festival? Yeah, that “Coachella in the Bahamas” thing that went terribly wrong when the team behind it invited millennial influencers and promised them VIP treatment along with big-name music acts. Not only did the groups (like Blink-182 and Migos) cancel their performances, but guests were stuck on an island with inadequate food, water, and accommodations. The news eventually made social media and was one of the most talked-about mishaps online in 2017.

Now, Fyre Festival founder and promoter Billy McFarland has pleaded guilty earlier this week to fraud and duping investors and guests. The 26-year-old pleaded with the Manhattan federal court is facing around 8-10 years of jail time. He’s also forfeiting around $26 million.

“I lied to investors about various aspects of Fyre Media and my personal finances. Those lies included false documents and information that I am aware were transmitted over interstate lines,” said the promoter to the presiding district judge last Tuesday. “I deeply regret my actions, and I apologize to my investors, team, family and supporters who I let down.”

Sounds like the name ‘Fyre Festival’ itself has foreseen its own future of it going down in flames.

SHAREThe pressure to be happy can be a source of anxiety for a...

SHAREHere at SCOUT, we love our cool yet edgy queens. And Billie Eilish...