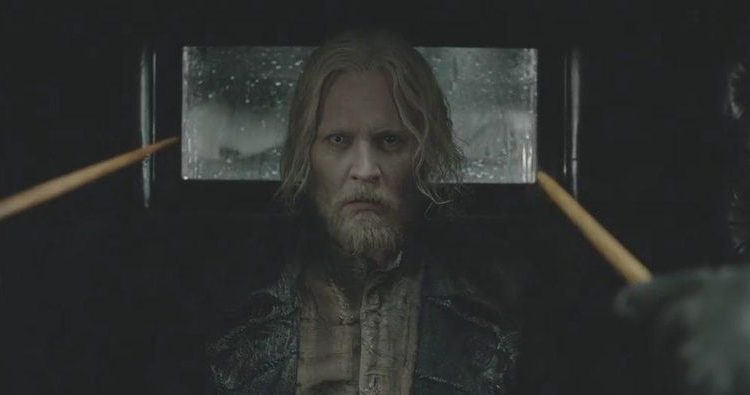 Though we are very hyped up over the new Fantastic Beasts film thanks to the new trailer that was released last night, we’re still pretty salty that Johnny Depp got to keep his role as Grindelwald, despite being a known domestic abuser. Many Harry Potter fans feel similarly, speaking out on social media, which caused director David Yates and even author JK Rowling having to defend his casting (not cool, by the way). In an age where the Time’s Up and #MeToo movements have created change for woman all over the globe, the entire ordeal is just really shitty.

Also, Depp just looks pretty horrible in the movie–costume and makeup and all. I know Colin Farrell played a completely different character in the last film, but can somebody just bring him back as the main villain?

Anyway, we’re still really excited as to how the rest of the trailer looked like. In the teaser, Eddie Redmayne’s Newt Scamander is off to Paris with the main gang. We also got glimpses of Jude Law in Hogwarts as Dumbledore (which we totally love), Ezra Miller reprising his role as (our son) Credence, and Zoë Kravitz as Leta Lestrange.

Watch the trailer here and let us know what you think.

SHARESixteen-year-old Johan Kyle Ong/OJK is a young designer known for his DIY takes...

SHAREHungary is a picturesque country in Europe. When we think of Hungary, its...