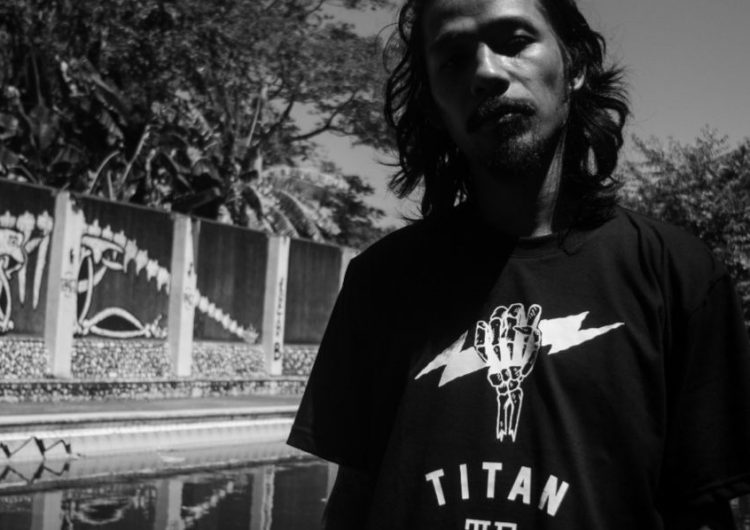 In the Philippines, no other sport is elevated to religious heights quite like basketball. In every corner, village, and alley is almost always a rusty metal hoop and some form of makeshift court present. Its ubiquity in street culture is the foundation for Titan and THE Clothing’s collaboration.

Founded in 2007, THE has established itself in the Filipino streetwear community with its designs that highlight the various subcultures around Manila. Working with other brands such as Nobody Clothing, The Twelfth House, and Bastard, the label continues to contribute to a flourishing community — from the local skate scene to underground hiphop. Titan, on the other hand, is the only basketball specialty concept store in the country, helping to bring the spirit of the game to the Philippine audience. Theirs is a collaboration match made in heaven — both rooted in passion for the streets and a desire to enrich cultures.

Featuring designs by THE resident Auggie Fontanilla, the line is also heavily inspired by one of the most significant but often overlooked member of the game: The Sixth Man. “We feel like we’re still underdogs,” says Auggie on Titan online. “But even if we portray ourselves as the sixth man, we still stay true to our roots, just like how the sixth man sticks to his role.”

Another notable figure making an appearance is The Grim Reaper, who has long been a staple in the THE catalog. But this time, he’s not here to represent anything macabre or ominous. Described a “stone cold reserve killer,” he is equated to the Sixth Man’s ability to strike fear in his enemies and make his target. “The sixth man cannot afford to wait to warm up or for the game to come to him,” shares the brand. “He must take his shots, early, and often, and whenever he desires.”

This theme spills over to the entire collection, as seen in its hoodies, sweats, accessories, graphic tees, and, what else? Basketball jerseys, of course.

Text by Isabella Argosino
Photos by: Aliver Cedillo of THE

In a sea of spliced videos, here are stories worth your time (and...