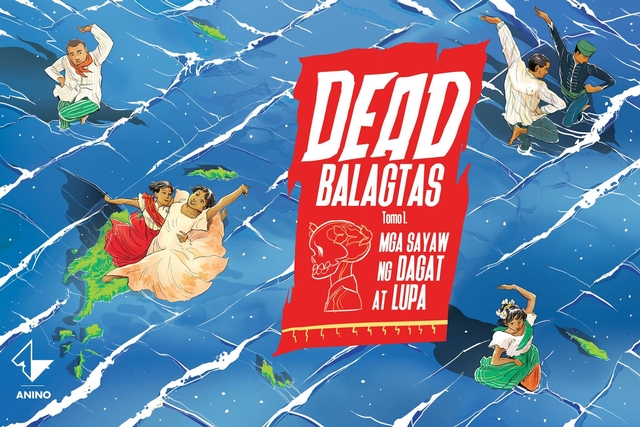 High school history classes were never fun. Unpleasant flashbacks of massive textbooks, memorizing entire timelines, and knowing who shot who all come to mind. But as the age-old adage goes: those who do not learn history are doomed to repeat it. That said, one shouldn’t limit their knowledge of history to the classroom and Discovery Channel.

Enter Dead Balagtas, the comic book that is repainting our Philippine history in more colorful hues. What started out as a slew of webcomics and had since released its first volume in print last year, Dead Balagtas tackles the same stories we’ve all been told by our teachers—featuring familiar protagonists such as Jose Rizal, Emilio Jacinto, Maria Clara, Heneral Luna, and One Direction. You might be thinking, what’s a Philippine National Hero doing in the same book as a British boy band? Well, they, too, are national heroes in their own right. But that’s not what their guest appearance is for.

Author and artist Emiliana Kapilan wanted to encourage people to appreciate history through a different lens. By highlighting humor and taking on a conversational approach, Emiliana transforms otherwise heavy topics into something that would resonate more with younger readers. Let’s face it, it’s hard to make a fifth grader care about a guy who died a century ago. But if you add in a Star Wars reference or meme, they just might pay attention. And that’s exactly what the writer did—bridge history with pop culture and current issues that beset our own era. It is similar to the impact of Pugad Baboy, which shed a new light on corruption, social class, and other critical issues of its time to Gen X readers.

What results is not a case of fake news or an attempt to overwrite the times, but don’t expect it to leave your entire school faculty out of jobs either. The comic book offers a deeply analytical and beautifully illustrated depiction of our country’s yesteryears. Dead Balagtas meets halfway between entertainment and information, and past and future.

SHAREOh, Manila. I used to be such a nice person before I got...

SHAREI’m not the biggest K-drama stan. No, I’m not part of any “Crash...