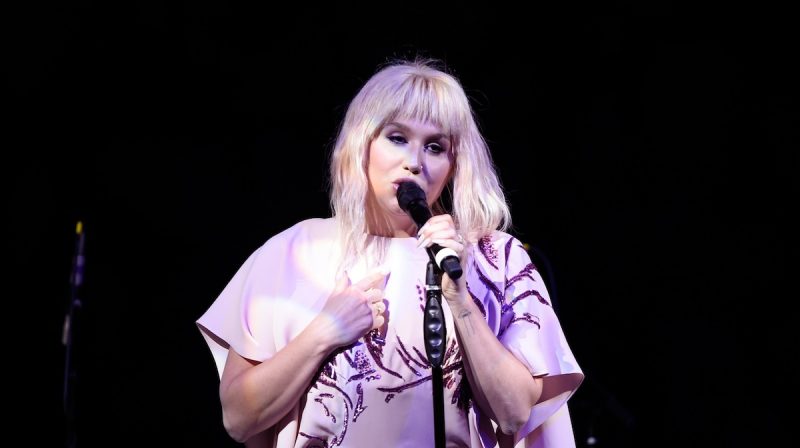 Kesha had one of the most emotional performances of her career as she performed a stirring rendition of the Oscar-nominated song, “Til It Happens to You,” at The Humane Society of the United States’ to the Rescue Gala in Hollywood. The song, written by Lady Gaga and Diane Warren, was poignant for Kesha, whose own experiences with abuse has been<a href=”https://www.billboard.com/articles/business/6281722/kesha-sexual-assault-lawsuit-text-dr-luke”> documented. </a>

“I want to dedicate this song to every man, woman, child and animal that has ever been abused,” a teary-eyed Kesha told the crowd, as Diane Warren started playing the song on the piano.

Lady Gaga, whose’s own rendition made headlines at this year’s Oscars, took to social media to congratulate Kesha on her performance.

&nbsp;
<blockquote class=”twitter-tweet” data-lang=”en”>
<p dir=”ltr” lang=”en”>Killed it <a href=”https://twitter.com/KeshaRose”>@KeshaRose</a>. I could feel your pain. Girl these boys won’t be in charge forever. The wisdom of women is rising. Let’s get louder</p>
</blockquote>
Watch Kesha’s performance of the song below.

Spot the works of Hulyen, Manix Abrera, Concerned Artists of the Philippines, Marian...