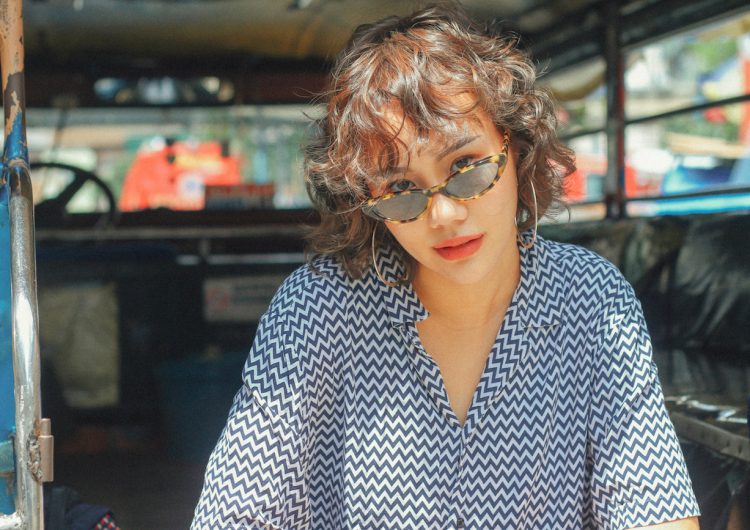 11 A.M., the Sunday morning after The Rest Is Noise’s Summer Noise, I wait for Note Panayanggool, who also goes by the moniker X0809, in her hotel lobby. Wearing a printed polo top, jeans, cheetah print booties, and a cute little Prada knapsack, she greets me with a big smile, introducing her manager, Bass. With a few hours left before they have to be in the airport to fly back to their home country of Thailand, I take them to a coffee shop in the streets of Poblacion. 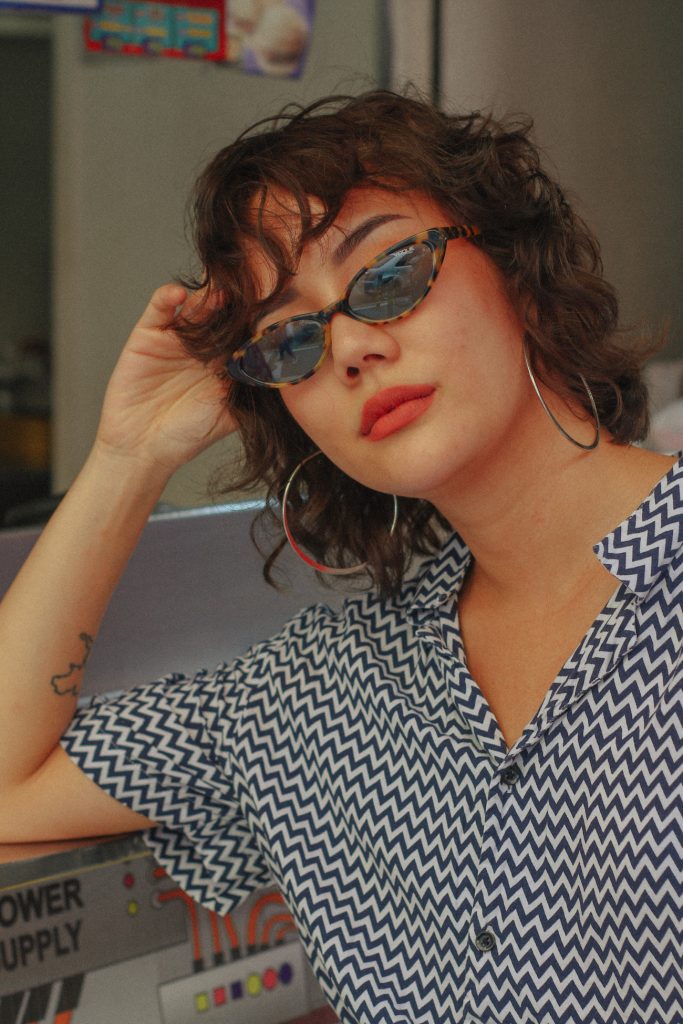 X0809, as a name, sounds too technical and even trivial. If this were the future where there are flying cars and steel, the name could belong to an assembly line droid, like a meaningless name assigned for the sake of invevntory. In the past, sometime in the early 2000s, X0809 could have been a coveted cellphone model. But it’s not. X0809 could just as well be an insignificant combination of characters possibly found on fading stickers behind appliances or tags inside clothes. But for Note, X0809 is a whole new identity she can play around with and make her own.

Note rose to fame when she finished second in Thai singing reality show, The Star. After the competition, she carved out a career as a pop star. Soon enough Note knew that the pop star life wasn’t for her. 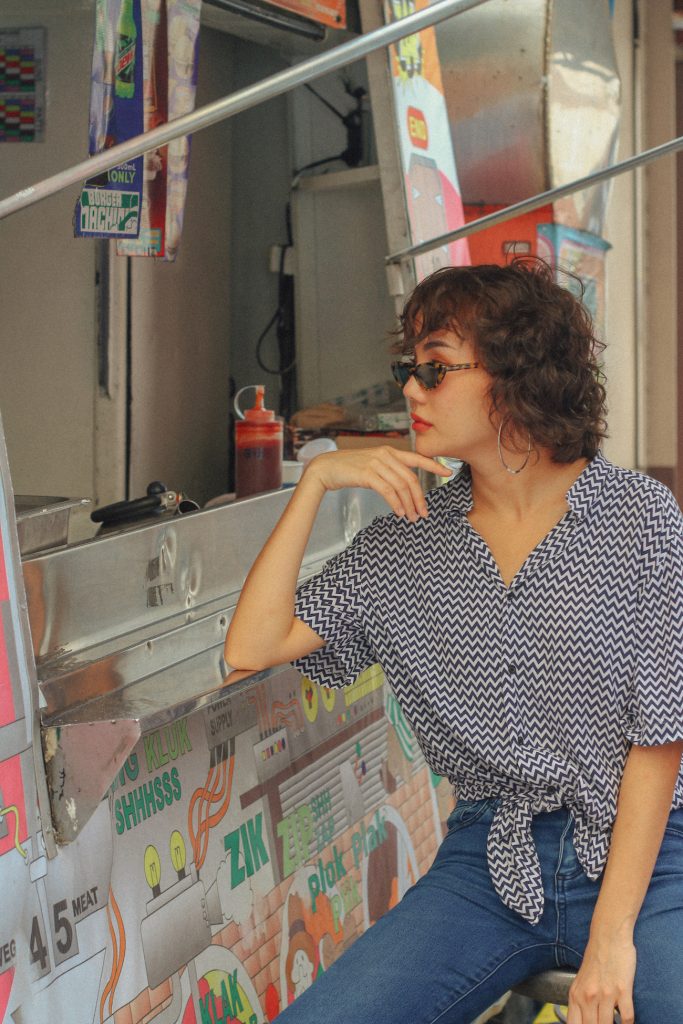 “They kind of shaped us into what they want us to be,” she says.

In New York, Note scored an internship in a design studio as a requirement for her communication design degree in Chulalongkorn University. Although she focused on visual arts, her stay in New York also led to a growing hunger to make new music. During that time, she gained interest in electronic music and also learned to do it. When she returned to Thailand, she met with a really close friend, who’s also a good synth player, and formed X0809.

X0809’s music is a fine wave of electro-pop, mixed with soulful and soothing vocals—far from what Note’s music was during her mainstream television stint.

X0809’s music is a fine wave of electro-pop, mixed with soulful and soothing vocals—far from what Note’s music was during her mainstream television stint. “Note is more like pop, while X0809 is more alternative and contemporary. With Note, there’s still pop culture attached to it because my fans from that time know me for pop music, mainstream pop culture. X0809 is more crazy, more open. Like, no limit at all. I feel like I can be anything with X0809. But I still make it a point to make something that my fan base from my mainstream pop culture days can still relate to, so they’d understand what I’m doing now and hopefully, appreciate it too.” 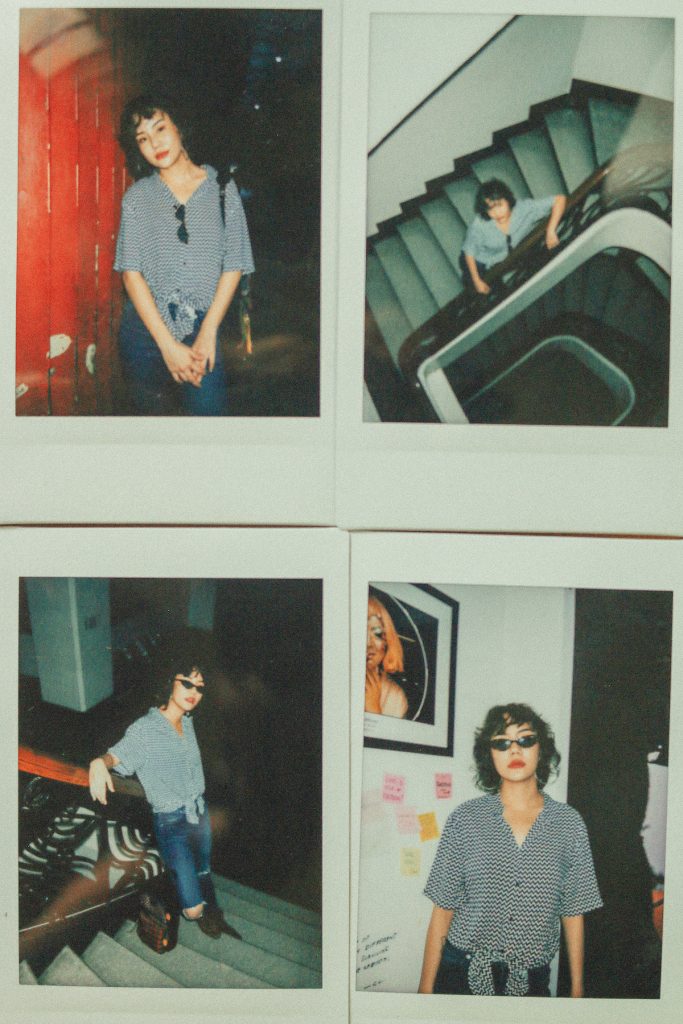 When asked about how her creative perspective influences her music, she said “It gives me no boundaries. I don’t label myself as just a musician, or just a painter. I’m this artist, and everything is just my medium. I combine everything, like art, music, fashion, technology, and just create it into one big piece of art.” Being that, she is very much involved with how X0809 is created. Not just with the music itself, but also with the visuals, serving as an art director for her album covers and promotional materials and co-director for the music videos.

“I don’t label myself as just a musician, or just a painter. I’m this artist, and everything is just my medium. I combine everything, like art, music, fashion, technology, and just create it into one big piece of art.”

I convinced her to try the beef tapa from the coffee shop we’re at for lunch (a definite must-try) because, as she tells me, her first try of the staple Filipino breakfast dish was in a microwavable lunch pack from 7-Eleven (no offense). The verdict? She liked it. It even came with a serving of atchara on the side, which is not far from Thailand’s som tam (papaya salad).

Starting off in Thailand’s Wonderfruit Festival in 2015, she has already performed in Hong Kong, Singapore, Japan, Paris, Germany, New York, and recently, the Philippines. I asked her what’s one thing she won’t forget from touring around, “I think it’s the people I meet,” she answers. “I feel like I learn a lot from just talking to people with different cultural backgrounds, learning about where they’re from and what it’s like in the area they live in. And I feel like I’m just learning about the world, apart from what I already know.”

“I want to be better when it comes to coming up with concepts. Or just study my art, really. And when I feel like I’ve done so, that’s when I’m going to come up with new music.”

With all the talk about X0809, I can’t help but wonder about the Note that her fans first met, her mainstream pop culture persona. “I feel like I’ve already done that part and I’m happy with leaving it at that. I want to move on now and completely be myself. You know, just do whatever I feel like my inner self tells me to do. Something that feels more genuine, more me.”

While fulfilling the last of her mainstream television contract duties, her last project was to star in a four-episode teenage television drama released just last year. Having tried out acting, would she still considering doing it in the future? “If there’s a role offered to me that I’ll really like, then why not? Acting takes a lot of time, and with that time, I feel like I can do other things, and so much more with it.” 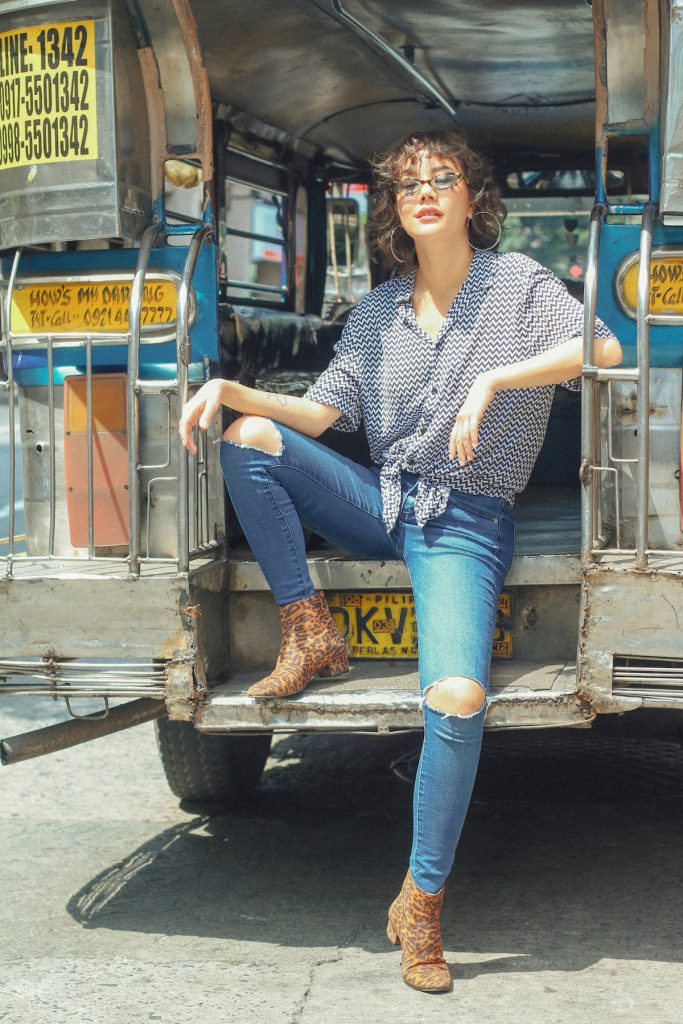 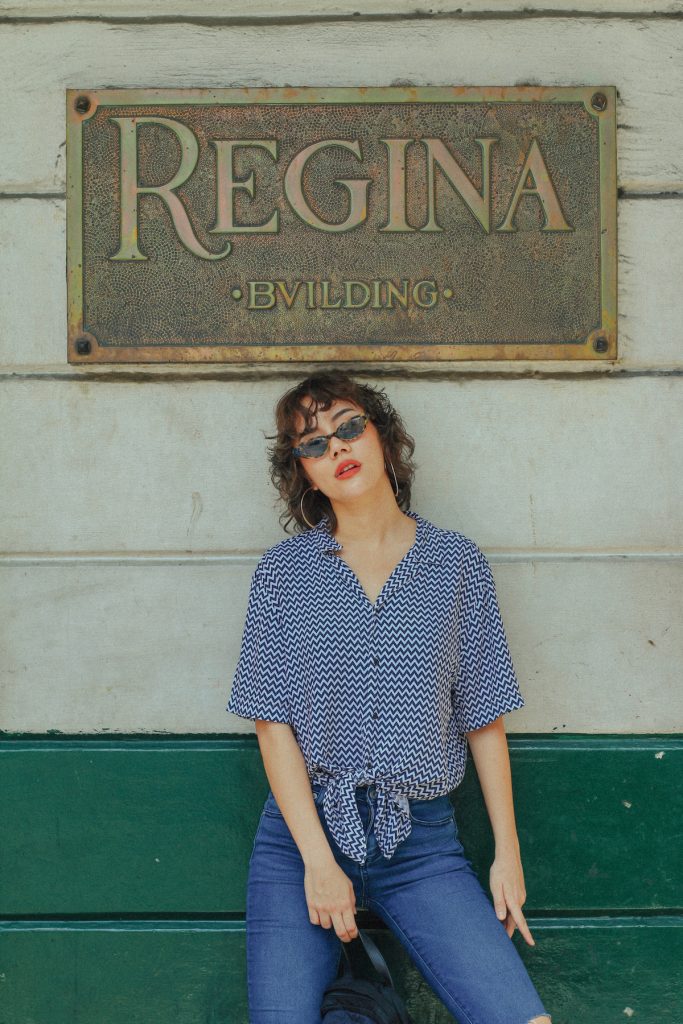 X0809 is still relatively new to the music scene. And despite that, Note continues to evolve. “I haven’t been doing new music lately,” she reveals as she finishes off her tapa. “Music is taking a little step back because I really want to focus on my art first. I’ve been doing a lot of paintings and ceramics lately, and I’m planning to go to Chicago to study art again and then, hopefully, take my Master’s in New York. I want to be better when it comes to coming up with concepts. Or just study my art, really. And when I feel like I’ve done so, that’s when I’m going to come up with new music. Maybe come up with a new EP that’s more well-thought of… That new EP will have much more story to tell and much more art into it.”

As our interview comes to a close, Note asks for places she could visit before her flight back home. I tell her about the streets of Escolta and Binondo in Manila. Without any hesitation, she asks me if we could go there. I oblige in an instant. On our way to Escolta, Note fills the car with her curious questions about our culture. Inside First United Building, Note tells me how it reminds her of The Commons in Bangkok. Then, she spots Dolphy’s standee, pulls out her phone, and takes a photograph. 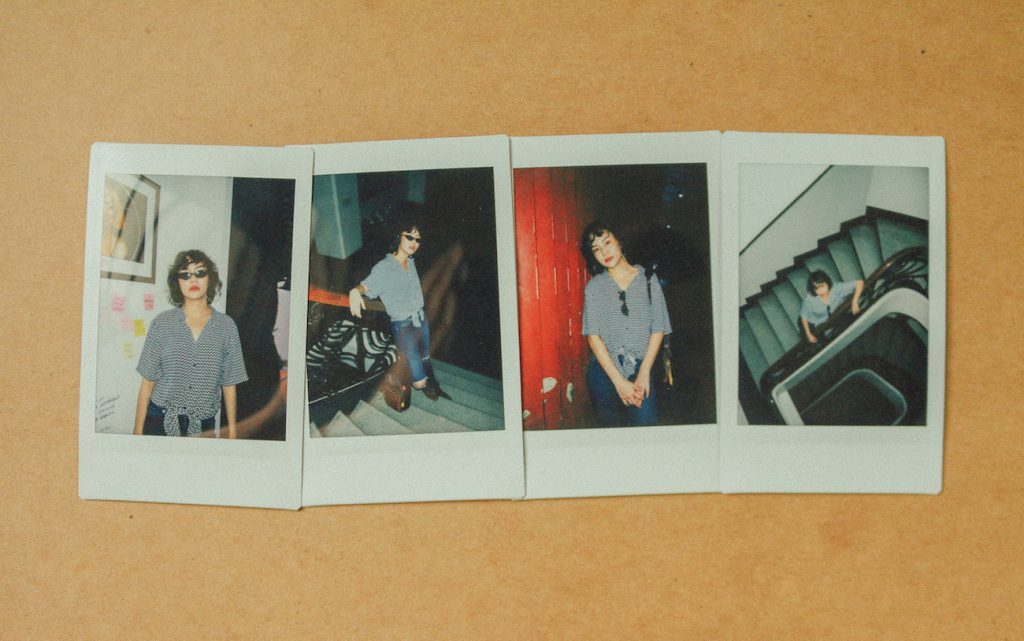 After countless walking around, and tricycle and pedicab rides, it’s finally time for them to leave to catch their flight. Ending our day with fresh fruit teas from this tea shop in China Town, I wonder what’s one thing she wants people to know about her that they don’t know yet. “Um… I’m a really good cook,” she giggles. I’m definitely up to try that. Maybe in Bangkok, perhaps.

SHAREWhile most of us struggle to look for opportunities to earn from home,...