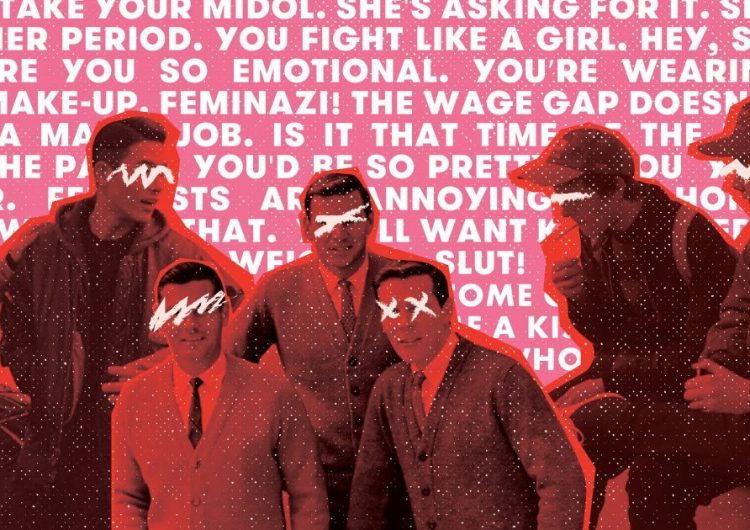 These are the heads of patriarchal households. They are stern with the false ideology that the woman’s purpose is to be at home and take care of a family. “Babymakers,” they would often snarl as they hide their faltering ego seeing women succeed. These are those who love strippers but hate seeing their daughters wear shorts or bikinis in the beach, because they might be “sexualized,” while their defensiveness comes from their own aggressiveness. The baby boomer kind of sexist would often defend himself by saying, “Anatomy dictates that men are stronger, therefore it’s science,” acting as if we’re cavemen living urban, backing up their claims with the bygone and impossible.

They don’t understand time and progression, as they still live in their little bubble of a society enabling sexism, because this is where their fragile pride sips its energy.

They are threatened by revolutionary women, or even by those who defy the norm a little. Their daughters have to be wearing pants under the scorching sun, going to church every Sunday, preserving their virginity for the “right man,” or else, they are whores and have taken the wrong path. Their sons, however, should be getting laid at a young age, twice at the same time, because the more the better for the pitiful macho. Indeed, this means cheating on their wives acting like it’s nothing, and telling their young to do the same. It’s simply “BRO time,” as they feel liberated while hindering liberation, intoxicated with both the alcohol and their character. They live by gender norms the same way they live by the bible, loathing those who fall outside the black and white: this means wasting their energy loathing the LGBTQ, whose courage senses great danger to the baby boomer’s shallow masculinity.

The baby boomer kind of sexist, sadly, is not just exclusive to middle-aged men whose bellies burst out of their jeans. They share a same quality with that of a manananggal–illusion. You can encounter them in a night out with friends, quite handsome with that slick back hair, probably wearing chinos and an unbuttoned polo. In rare but possible occasions, they disguise themselves as friends, until you have drunken conversations and they animately transform into one of your dad’s friends. Oh, and they also don’t believe in global warming.

Often the spawn of the baby boomer, the “educated” kind of sexist is commonly found in and out of the top university grounds. Unlike the manananggal whose ego reeks reassurance from the past, these boys are born in an era where each corner shouts revolution yet they play deaf. They have the privilege of taking genders classes, which they think is bullshit BTW, and will probably not attend if it weren’t required. They are part of the “meninist movement,” invalidating the long history of oppression towards women but claims to be for equality, the same way they use the hashtag #WhiteLivesMatterToo.

The “educated” kind of sexist claims he is allergic to this movement, denying the fact that feminism is intersectional and is for the deconstruction of binaries.

They  will die for memes. They will die for memes to the point that feminism is reduced to a joke, rather than an issue with real cause and costs. These boys, because I refuse to call them men despite their body hair almost covering the entirety of their skin, are defined by what they read online. Their bible is reddit because “Why would anyone lie in forums?” They only see feminism as extreme feminism, a one-way ticket to hell where mislead activists degrade other genders rather than supporting them. Hence, the “educated” kind of sexist claims he is allergic to this movement, denying the fact that feminism is intersectional and is for the deconstruction of binaries. It fights for both the right of men and women to fluidity.

At the end of this article, they will most likely do any of the following: 1. mansplain it despite flaws in their approach, 2. defensively use the phrase “not all men,” 3. reduce “respect women” to a satirical post. P.S. It doesn’t take long for them to get offended despite calling everyone else except themselves “butthurt.”

Amongst the three, the unknowingly sexist is oblivious about their actions. Growing up in a patriarchal culture where access to education is a privilege rather than a right, these guys act in ways they find the easiest: the mass media representation of masculinity. Therefore, they strut what they feel like is a macho body, while shouting violent slurs early in the morning. They are most likely hungover from the night before’s drunken fistfight, yet the bruises on their arms mean battle scars.

These guys spend their days catcalling women in the streets, probably jacking off in jeeps, and cheering for their long lost father Duterte. They laugh the hardest when Tito Sotto leaves sexist remarks because they were made to believe this ideology is “okay,” growing up with bomba films in a time of Marcos’ political censorship. After that, you can see them on the comments section on Facebook defending their made-up gods, and spamming “DILAWAN” to every criticism. While these people get called out on the internet very so often, there is a truth forgotten amidst all of it: the unspoken language barrier. Despite the brainstormed ideas and cohesive outlines some put effort into, these dudes still refuse to nod their heads–not that they do it out of ill will, they just do not have the capacity to understand. This in itself reminds us of our privilege to learning and questioning. As Conchitina Cruz said,

“No amount of skill in producing finely crafted literature, even when it pointedly represents and expresses solidarity with the oppressed, can grant Filipinos access to the material and activity of reading the way that equitable redistribution of wealth can.”

Although sexism from the unknowingly sexist is inexcusable, perhaps we can obliterate binaries which in its power dictate what the mass perceive. Better yet, fight sexism with rightful education.

SHARE  So the people behind Metro Manila Pride are holding the 2017 Pride...