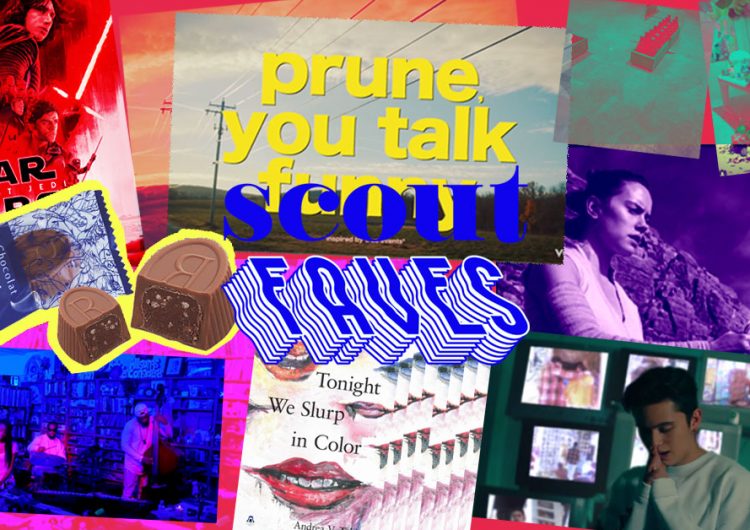 Star Wars: The Last Jedi – Fuck the haters, I liked it. The visuals were stunning, the characters were interesting, and the last part was okay. Watch this film even if you aren’t that big on Star Wars, for the visuals alone. Spoilers: a lot of people died. That’s why they call it Star WARS.

Star Wars: The Last Jedi – I don’t care what people are saying about this movie. It was amazing. I watched it twice in the cinemas and it was even better the second time round. The plot was compelling and unpredictable. I grew to love all characters even more–even Kylo Ren. Also, Poe Dameron is still unbelievably gorgeous. No words. Just watch it, even if you aren’t a Star Wars fan.

R Chocolat (Milk Cocoa flavor) from Royce – I’ve always loved Royce chocolates but only rarely get to eat them because they cost an arm and a leg. I tried their R Chocolate for the first time last week from my friend and saw that they aren’t as pricey as their other items. Bless. They make cute Christmas gifts for friends too!

“The Life” by James Reid – I’ve been waiting for this for a month already, and it’s finally out. Nadine Lustre not only co-directed it with Petersen Vargas, but stars in it. It’s basically just a visual diary of Jadine’s trips out of the country like Tokyo, South Korea, and so on.

Tyler, The Creator on “Tiny Desk” – Tyler debut performance at “Tiny Desk” was also the shows’ first nighttime performance. He sings “Boredom,” “See You Again,” and “Glitter” from his latest album Scum Fuck Flower Boy, and can we all agree it’s the best of the year?

Let’s Party ‘Cause I Ain’t Sad No Mo’ by Yeo Kaa – If you’re asking where I was last night, I was Secret Fresh Gallery partying at Yeo Kaa’s toy and painting exhibit. And, well if she ain’t sad no mo’, why should I be right? Jk. Great show though. Make sure to drop by next door to see Tyang Karyel’s Nasty Pantry Suburban Decay at Six Inch Gallery too!

Merry Christmas (I don’t want to fight tonight) at Underground Gallery – All these galleries are doing their year-ender shows and Underground is no different. Featuring 47 artists in total, show is on until Jan. 3, 2018. Go, go, go! My fave piece is this installation using beer bottles, because, nothing says Christmas like alcohol. Also, hard same on the title of the show.

SHAREMental health allies, sound the bells! After years since the bill was first...

SHAREYou heard it from Balenciaga first: Scrunchies and hair ties are over in...