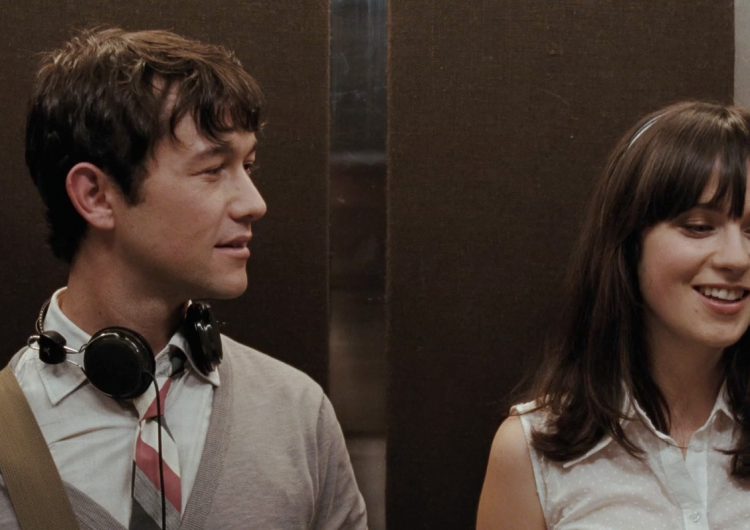 He was mine and I was his, but I wasn’t his girlfriend. We were together, committed, and contented. We didn’t label our relationship, but it was more than enough for the both of us. We agreed to be exclusive, to be committed to each other, but we never made it official. I didn’t see the need for it. My heart was in the right place. I didn’t need a label for assurance.

I decided that labels were shit, that if we were both clear on where we stand on each other’s lives, it wouldn’t matter. It shouldn’t matter. I didn’t want to be labelled as the girlfriend. It felt restricting. I wanted him, sure, but I didn’t want the social pressures and expectations that came hand-in-hand with labels.

You probably think that I’m crazy. I mean, what person in their right mind would voluntarily subject herself to a relationship filled with incessant what ifs and second guessing? Well, here’s the hard truth: labels aren’t everything. You can be one of the lucky ones where the guy immediately professes his love and offers his devotion, with the most awaited “Will you be my girlfriend” question, but on the other hand, you could be one of those with a shitty why-did-we-rush-into-this-when-I-don’t-even-know-what- your-political-affiliation-is type of thing.

All I’m saying is, take a step back, breathe in, gather your thoughts, and ask yourself, do you really really want that label?

Don’t get me wrong. I’m not entirely opposed to labelled relationships. I still get kilig when I see people in love, complete with googly eyes and cheesy banters. I still want that type of thing. I still get a little envious of people who are so sure of their special someone. I still hope to be that sure about someone. In a way, labels make things feel more legit, more kilig-worthy. It makes us feel loved, that we’re deserving of someone’s time and affection no matter how difficult the circumstances may be.

But what does a commitment-phobic and overthinking perfectionist gotta do? Despite my optimistic view on the possible future of me in a labelled relationship (for a change!!!), I still get jitters every time I start exclusively dating someone. What if he doesn’t share my values? Or worse, what if he doesn’t like Jollibee?

But they’re not the best either

Perhaps your relationship has progressed from friendship to the seemingly volatile stage of being more than friends but less than lovers. You spend a lot of time together, hold hands, maybe even kiss. You talk to him about your fears and he talks to you about his frustrations. Everybody tells you that it’s a risky relationship, one muddled with a lot of uncertainty, and the definite heartbreak at the end. But you know different. You know better. You’re sure that he’s not going anywhere. That he’s yours. And the same goes for you. So why should you ruin your perfectly imperfect relationship just because everybody tells you to do so?

Personally, I like non-committal relationships because it gives me time to brew my feelings for the other person. It’s like being given the chance to write a draft for our story, like practicing, or testing the waters. I don’t want to be someone’s girlfriend on a whim, or just because everyone expects us to be official. At the end of the day, the relationship is ours to work on and think about, and if we ever decide on making things official, I don’t want it to happen with lukewarm feelings. I want our feelings to evolve into what we both deserve from each other.

Relationships are hard. Romance is even harder. It’s okay to be stuck in an almost-relationship. Sometimes, we just have to go with the flow, and if we’re with the right person, that label will come eventually. Communication is key. Talk to your partner and ask if you’re on the same page. If you’re lucky, it will be an easy yes. Take charge of your relationship, guard your heart, and don’t allow yourself to fall for someone indecisive. Remember that labels may mean something, but it doesn’t have to be everything.

The months I shared with that guy ended up being my best romantic relationship to date. I was lucky enough to be with someone who understood my fears of commitment, who showed me that he didn’t want labels as well, that he only wanted me. In the prying eyes of outsiders, we seemed like we were just playing around, but we weren’t. We were in a real relationship, one unbound by outside pressures, one that we treasured. Despite the fact that it ended, I don’t regret it. It ended beautifully, like a feel-good movie where you’ll let out a deep sigh in the end. I don’t regret it, and if I ever had the chance to do so, I’d do it all over again.

By Bea Amador
Image from (500) Days of Summer

SHAREToday, the University of the Philippines released yet another accessible project to help...