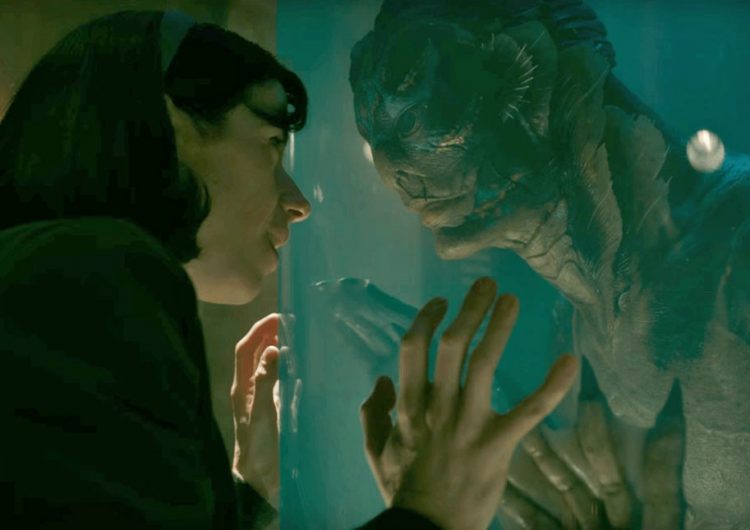 2017 was a grand year for movies. From big blockbuster hits such as Star Wars: The Last Jedi and Wonder Woman, to critically acclaimed picks like Call Me By Your Name and Lady Bird (both of which are slated for a 2018 release in the Philippines), 2017 brought a number of films that’ll become classics in the long run.

As far as Hollywood blockbusters go, we feel that 2018 is going to be better. Plus, basically all the good movies we missed out on last year is about to show within the next few months, including Guillermo del Toro’s award winning fish man romance The Shape Water. For your convenience, we made a nifty list of all the big Hollywood movies you can’t miss out on from this January to March.

Get ready to live in the movie theaters for a bit.

This stand-alone sequel to the 1995 Jumanji film stars Dwayne Johnson as Dr. Smolder Bravestone, an archaeologist who is teenage video-game player Spencer’s Jumanji avatar. The movie revolves around players being teleported into an actual video game and them doing everything they can to survive and make it out alive.

Set three years after the Bellas won the World Finals championship and graduated from college, Pitch Perfect 3 follows the girls as they venture out into the real world then reunite to perform for the American troops. This third (and what might be the last) installment of the musical comedy comes with a hint of action as Fat Amy faces off against an old foe.

In the fourth chapter of this horror franchise, we witness the journey of parapsychologist Dr. Elise Rainier as she conquers a haunting in the place where she grew up.

After a three-year movie franchise hiatus, following star Dylan O’Brien’s injury, the gladers break into the Last City to save their friends. The Last City appears to be the hardest and most dangerous out of all the mazes that they’ve encountered.

A divorced occupational therapist goes through a downsizing procedure (him being shrunk to a mere 5 inches) after learning the benefits that come with it. However, it turns out that not everything about the downsized life is as good as he thought.

Based on the 2007 novel by Andre Aciman, Call Me By Your Name depicts the romantic relationship between 17-year-old Elio Perlman and the graduate student Oliver who comes to live with Elio’s family during one summer in Italy. Starring Timothee Chalamet and Armie Hammer, this movie was a hit during the Sundance Film Festival and received countless praise. If there’s one flick you have to catch, it’s definitely this one.

Hugh Jackman may forever be immortalized as X-Men’s Wolverine, but one should not dismiss his skills when it comes to musicals (*cough* 2012’s Les Miserables *cough*). In this movie inspired by the story of Barnum & Bailey Circus creator P.T. Barnum, the Jackman’s character loses his job after the company gets bankrupt, thus pushing him to soon open up a museum that has people performing and serving as museum attractions.

Set after the events that played out in Captain America: Civil War, T’Chala comes back as King of Wakanda. However, trouble arises when a plan is set to overthrow those in power. As the Black Panther, he must team up with CIA and Dora Milaje to stop a world war from happening.

Yup, this is the fantasy fish romance drama that all of Tumblr have been dreaming of. While working as a janitor in a government laboratory, the mute Elisa befriends a humanoid amphibian who’s been captured in a South American river. The creature is about to be dissected but Elisa interferes as she saves it and plans to release it to a nearby canal.

Jennifer Lawrence is in her most sinister role to date in this spy-action flick. She stars as a Russian ballerina who suffers an injury that damages her career. Because of this, she joins the Sparrow School, a school that trains its students to use themselves as weapons. She finishes as the most cunning and dangerous spy but encounters a CIA officer who makes her rethink her position.

In this acclaimed coming-of-age film, Saoirse Ronan stars as the 17-year-old Christine “Lady Bird” McPherson. Set in the year 2002, it talks about the struggles of her family life as well as her journey throughout senior year. Lady Bird was Greta Gerwig’s breakout movie as a director and is currently one of highest rated films on Rotten Tomatoes.

Based on the classic 1962 novel by Madeleine L’Engle, this star-studded film (talk about Oprah, Reese Witherspoon, and Chris Pine in one movie!) revolves around a girl trying to save her father trapped in a distant planet.

A reboot of popular 2001 movie and video game series, this film is sure to knock your socks off with the stunning effects and action-packed scenes. Lara Croft journeys to her missing father’s last known whereabouts on an island off the Japanese coast. She tries to solve the mystery of his disappearance and hopes to find him in the end.

This sequel to the 2013 Pacific Rim movie stars John Boyega who’s fresh off the Star Wars ship. Set ten years after the Battle of the Breach, the Jaeger program’s now the world’s most powerful defense and they would have to gather the best of the best to defeat the Kaiju threat in its return.

A film that’s co-produced and directed by the legendary Steven Spielberg? Count us in. Ready Player One is set in the year 2045 wherein people take part in a virtual reality world to escape the perils of their lives in the slums. In the OASIS program, they can immerse themselves in different kinds of activities. One teenager hopes to win “Anorak’s Game,” which was created by the deceased OASIS creator, to get full ownership of the virtual reality world and obtain the creator’s $240 billion fortune left behind.

If you feel like pausing, Phum Viphurit’s “Pluto” live sesh will pull the...