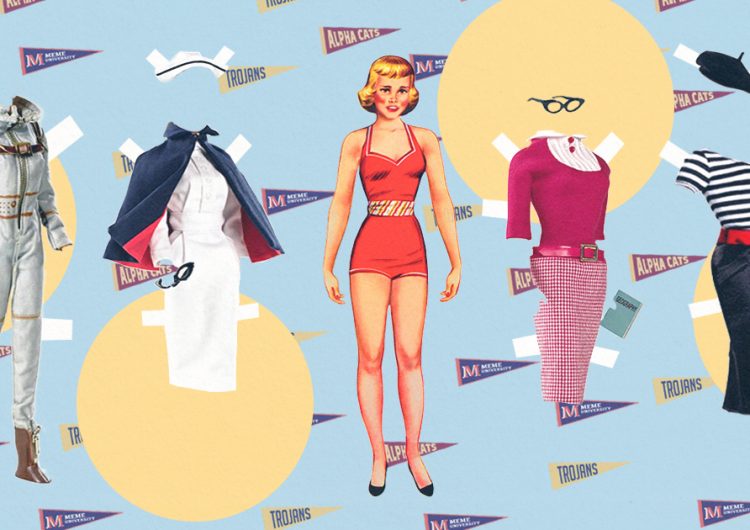 It happens: you pick a course during your high school years and confidently think it’s the course you’re really made for. Maybe it’s the key to finally fulfilling your childhood dream or just a choice your parents imposed on you in hopes you take on their similar path (boo-hoo). Either way, high school was a time of supposed clarity for most of us knew what we wanted to be–or so we thought. Come college and the questions kick in: What if I’m better as a writer? I’m good at math, why not go for that? Do I really want to be a doctor? Where would I be happy? Where would I earn more?

Unfortunately, college, as you may come to know, is a place where we really just question everything imaginable about ourselves. Let’s face it: At one point in our college life, there was a faint voice whispering over our shoulders, like a sly little devil, that told us how our lives could perhaps be a little better had we taken another course.

While there are those who are strong and dedicated enough to finish their courses and get their diploma, there are some who chose the wrong battlefield to fight in. Sometimes, something just feels a little off and we often find ourselves lost in a limbo. It could be the subjects we hella don’t understand try as hard as we might, the professors we dread seeing for the next four years, the course mates that make everyday a living hell, or simply because of a general lack of interest for the course itself.

What’s worse is that the “wake-up call” can happen anytime. It may hit you after your first semester in college, or a year before your supposed graduation. There is NO in between. And so the shift happens, and if we really are that indecisive, it happens again and again, hopping on course to course like a true to the bone nomad just until we find our true happy place.

This is why shiftees often get a bad rep for being indecisive students because they are labelled as having the luxury to switch courses the moment they find their previous one “too hard to handle.” Truth be told, maybe there really are some who does it purely out of boredom, but this is an argument usually too far fetched. In most cases, the reasons behind shifting runs deeper; It can be about realizing where they’re finally good at, finding their “home” and where they fit in, or even about the much-too-real conflict of ‘Money vs. Passion’.

Whatever the case is, one thing holds true: as with any other thing, it’s normal for your first course to be nowhere near your perfect cup of tea.

The usual case is simply that we don’t know where or who we want to be. So the courses that our parents have decided for us have left us in a dump, and we are staggering around like blind mice ‘til we get to feel contented again. You know what? That’s fine. Whatever the case is, one thing holds true: as with any other thing, it’s normal for your first course to be nowhere near your perfect cup of tea. You’re lucky if you hit it right the first time, but it isn’t imperative to stay in a place where you know you won’t thrive in. More so, it definitely isn’t a sin to take the time in finding yourself.

…college isn’t a race and certainly needs to stop being treated like so.

So to the shiftees out there (and those planning to do so), don’t fret but be patient! Sure, the path to finally finishing your new course isn’t going to be a walk in the park. Instead, it’s more like commuting in EDSA during rush hour–slow and dreadful, but hey, that doesn’t mean you’re not going to make it to where you’re headed to. After all, college isn’t a race and certainly needs to stop being treated like so. So trust yourself and trust the process, I swear you’ll get there.