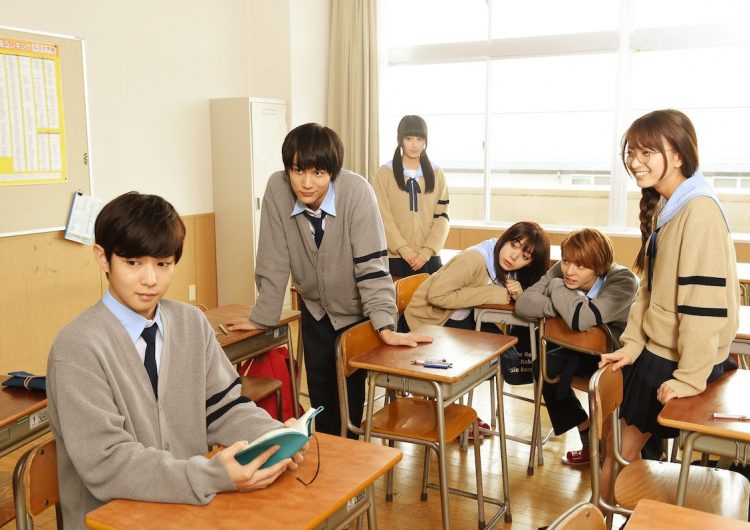 We beat rainy weathers through steaming cups of coffee, 24/7 lofi hip-hop on loop, and binge-watching Japanese films for free. The best way to do that last part is to head down to the 21st EIGASAI, Japanese Film Festival this July 4 to August 26.

Showcasing 15 full feature films that will delve on an array of genres such as the Seven Samurai where it revolves around the beauty of Japan’s martial arts and Samurai culture, and the award-winning Japanese independent film, Of Love and Law which dwells on the story of a couple who pioneered the first openly gay law firm in Japan, and Chihiyafaru where it focuses on the bonds made because of the traditional Japanese card game “Karuta,” this year’s EIGASAI will celebrate collaboration and diversity among cultures.

To top it all, they have also invited the directors of the participating entries such as Chihayafuru’s Nori Koizumi, Of Love and Law’s Hikaru Toda, and Manila Notes’ Oriza Hirata to give the Directors Talk on their films and issues they tackle. The film festival will be running in select screens at Manila, Cebu, Davao, and Bacolod.

Eager for more? Don’t worry because here’s a cheat list for your most-awaited (and probably, most deserved) binge sesh:

Two childhood friends, Chihaya Arase and Taichi Mashima met Arata Wataya in 6th grade after playing the card game, “Karuta.” Four years later after going separate paths, Chihaya learned that Arata gave up playing Karuta anymore, and so she and Taichi built a Karuta club in high school in hopes that their paths will cross again. After competing in the Karuta tournament in Tokyo, Chihaya and her team are ready for the national championship. With her sheer determination and passion, she relentlessly trained for the upcoming competition, sacrificing a lot she holds dear.

Two years had passed after the grand showdown between Chihaya and Shinobu at the National Karuta Competition, and Chihaya, alongside her friends, are now set to enter another national competition against Shinobu–aimed not just to emerge as victors again, but to redeem their master’s honor after being crushed by another master player.

This Kickstarter ran documentary is set in the contemporary Japanese society where members of the LGBTQ+ community remains outcasted. It focuses on the lives of Kazu and Fumi, an openly gay couple who opened a law firm together. With their love still unrecognized by the law, their life took a drastic turn when suddenly, a boy with no one to turn to fills in the gap they long for.

Watch this classic from the renowned auteur himself, Akira Kurosawa. The film tells a tale of peasants during the Warring States Period facing the onslaught of bandits, which forced Kambe and Mifune to assemble a group of samurais to protect their village. See how these seven men defended the people against the terrorizing bandits with nothing but their katanas and tactics.

When the Curtain Rises

Fujigaoka High School’s drama club has never made it past the preliminaries in regional competitions, but Ms. Yoshioka, also known as the “Queen of School Theater” and her strong-willed student Saori, along with her fellow clubmates teamed up in conquering the nationals.

Based on the journey of Fukui Commercial High School cheerleading team’s victory at the U.S. Championship, the story revolves around the freshman Tomonaga Hikari who entered the cheerleading club in hopes to get the attention of a certain boy in school. However, she faced inhuman training under the supervision of her fiendish teacher, which forced her other teammates to quit. Yet, Hikari and her classmate Ayamo endured until the very end and they now journey towards the most coveted championship.

A tale of a cat’s one-of-a-kind adventure, this 3D-animated film revolves around the black cat Rudolf who found himself boarded in a truck to metropolitan Tokyo. Separated from his master, he wandered through the streets where he encountered Ippai-attena, the most feared cat in the town. With no means to return home, Rudolf sets upon the journey of living as a stray.

A crisis has befallen the family of the Suzukis as one day, they woke up with no electricity–and even their water and gas lines have been cut-off. Yoshiyuki, the family’s patriarch took his family to flee from Tokyo to escape the looming crisis.

A story patterned after Japan’s most mysterious “Honnouji Incident,” Kuramoto Mayuko is traveling towards the home of her boyfriend’s parents. Weary from travel, she checked in to the Honnoji Hotel. Upon exiting the hotel’s elevator, she emerged in 1582 Honnoji Temple.

Memoirs of a Murderer (22年目の告白－私が殺人犯です－)

After twenty-two years since the unsolved serial murder case which claimed 5 lives, the perpetrator Sonezaki suddenly comes forward with his book of confession in hand and a defiant smile at his face.

22 years in the making, this award-winning documentary shot from 1993 showed the life of the family of Inuzuka Torao, also dubbed as “Torao of Goto” whose family’s livelihood gravitates around making udon noodles. For over two decades, the film followed the everyday routine of Torao’s seven children–from waking up before the dawn break to attend school to helping in their business, watching them grow up in the process.

An adaptation of Nakamura Ko’s novel, Tori Girl, the film centers around the first year university student, Yukina who decided to enter the flight contest when her senior, Kei recruited her to join the pilot team of the human-powered-flight club. Comprised of over 100 members, the club is busily preparing for the upcoming summer contest, and another senior member, Sakaba took Yukina’s place as the official pilot. However, everything changed when Kei was seriously injured.

An unemployed 27-year-old Kaizaki Arata met a mysterious man named Yoake Ryo who granted him another chance in life —look 10 years younger and live as a high school student for one year after taking a certain medicine if he joins the social reintegration program called “ReLIFE.”

Depicting a complicated love story between a student, her teacher, and her classmate, Suzume has never been in love, yet her feelings grew when she laid her eyes upon her homeroom teacher Shishio. Unknowingly, her seatmate, Mamura who is adverse in having feelings for girls started to develop feelings for her.

Admission is free on a first come, first served basis, except for the shows on Greenbelt 1 Cinema 2 (P100 per screening). You can follow Eigasai PH’s official Facebook page for further details. What are you excited for Eigasai this year? @ us @scoutmagph