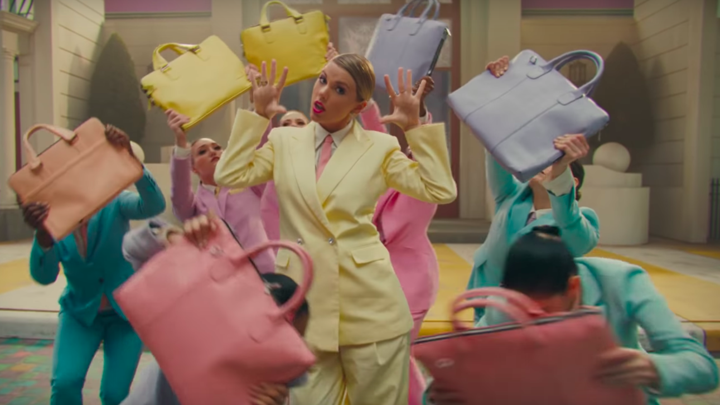 In case you’ve been living under a rock, Taylor Swift released a single titled “Me!” on Apr. 26. It’s the lead single of her upcoming seventh album (as yet untitled). Featuring Brendon Urie of Panic! At the Disco, the song was teased by Taylor with a countdown posted on Instagram 13 days before.

Kaylor is the theory where people believe Taylor Swift and Karlie Kloss are dating since 2015. Here’s a good masterpost detailing everything. This is not the first time Taylor’s been rumored to be dating women. Before Kaylor was Swiftgron, the ship name of Taylor and Dianna Agron (f.k.a. Quinn from Glee). As the theory goes, Dianna inspired Red and 1989.

Taylor has been linked to many women for many years. Aside from Dianna and Karlie, there’s also a rumor about a fiddle player named Emily. It’s an old enough theory to warrant its own tag on Tumblr: Gaylor.

It’s no secret that Taylor’s a big supporter of LGBT+ rights. Just last April, she donated $113,000 to the Tenessee Equality Project, which aims to defeat anti-LGBT+ bills in Tenessee.

Full disclosure: I’ve been a Taylor stan since her self-titled album (though I un-stanned sometime during Red before re-stanning mid-1989). I’m also very much a Kaylor stan. Check my credentials, I have a Kaylor tumblr blog and I’m not afraid to use it.

So yeah, it’ll be difficult to convince me that Tay is straight. Sorry not sorry.

There is no way “Gorgeous”  is about a man.  Don’t tell me “I’m so curious, your mind’s got me feeling some type a way” isn’t a dead giveaway. No way anyone can prove to me that her many, many gay coded lyrics with gender-neutral pronouns weren’t intentionally written that way.

After all, Taylor loves leaving out incredibly esoteric clues and hints for her fans to find.

A recent example is the now-infamous butterfly mural. Just a few weeks ago, it appeared out of nowhere in Nashville. No info, no nothing. There’s almost zero clues linking it to Taylor…except its aesthetic.

Taylor stans everywhere started believing it was part of the countdown. They based it off of random numbers she posted in other places. They even went as far as camping outside the mural for hours. Amazingly, the stans were right, and Taylor appeared, and saying, “No one knew this [mural was] a part of the campaign, but you figured out the clue. You’re the best, I love you.” 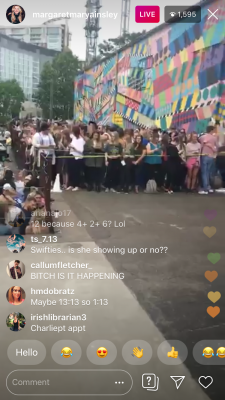 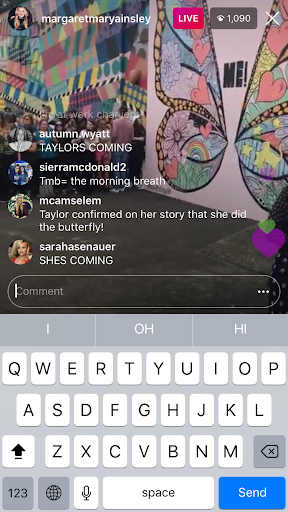 And, as it turns out, the mural served as a teaser for “Me!” The title was in the middle of the mural and an inverted exclamation point was hidden inside the mural, a reference to Brendon’s involvement.

“Me!” is a queer inversion of classic movie musical moments: Emerald City, but rainbow. Singing in the Rain but the “rain” being rainbow spools of Taylor liquid (it makes sense if you watch it. Really). It shows a heterosexual pairing, but the two leads seem more platonic than romantic. And lastly, the last frame of the video ending on a single rainbow, seemingly breaking out of the chrysalis.

The music video oozes with queer imagery. It’s the gayest it could be without being explicitly gay. There are rainbows everywhere. The skies are iridescent, like the inside of a cocoon—as if the entire video exists within a chrysalis. Taylor in a pastel suit with slicked-back hair dancing with an entire street of women also in pastel suits and slicked-back hair. Taylor wearing a vulva-like dress in front of a big sign that says, “Lover.”

Read also: Life is more than our romantic relationships

The song itself is an ode to individualism, to recognizing and celebrating your uniqueness. As a duet, it also sounds pointedly, albeit tepidly, heterosexual. That is, until you scratch under the surface.

Though the two personas in the song often refer to each other, it’s done in an almost-platonic kind of way. “You’re a cool guy!” or “There are a lot of lame guys out there!” It’s the kind of building up familiar between friends who are both gay. ICYMI: Here’s a friendly reminder that Brendon Urie came out as pansexual last year. 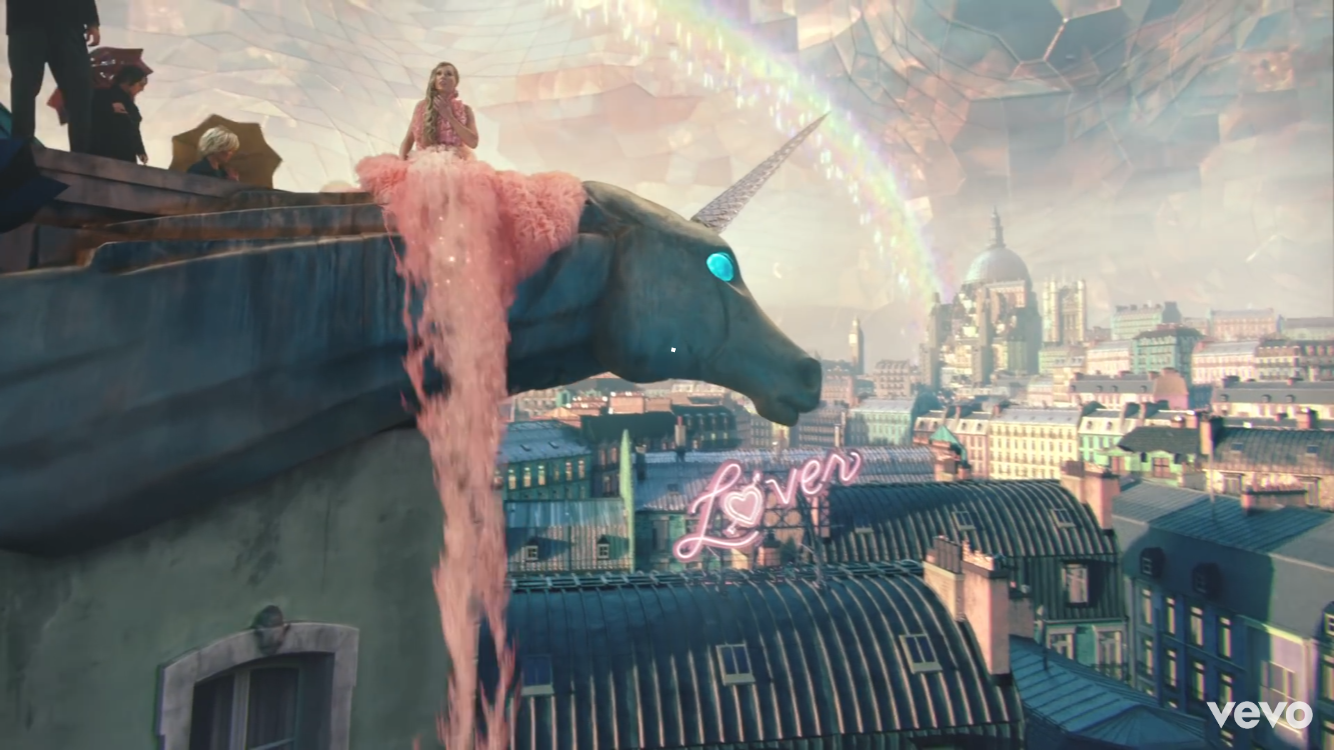 But the gayness is most apparent when Taylor sings alone: “But one of these things is not like the others, like a rainbow with all of the colors. Baby doll, when it comes to a lover, I promise that you’ll never find another like me.”

The first line sounds like a schoolyard chant, but coded with gay: a rainbow with all of the colors. It speaks to the very gay experience of being singled out, as if your gayness radiates out of you and people could see it. But the use of baby doll in the second line is more informative. Baby doll is a queer woman line. 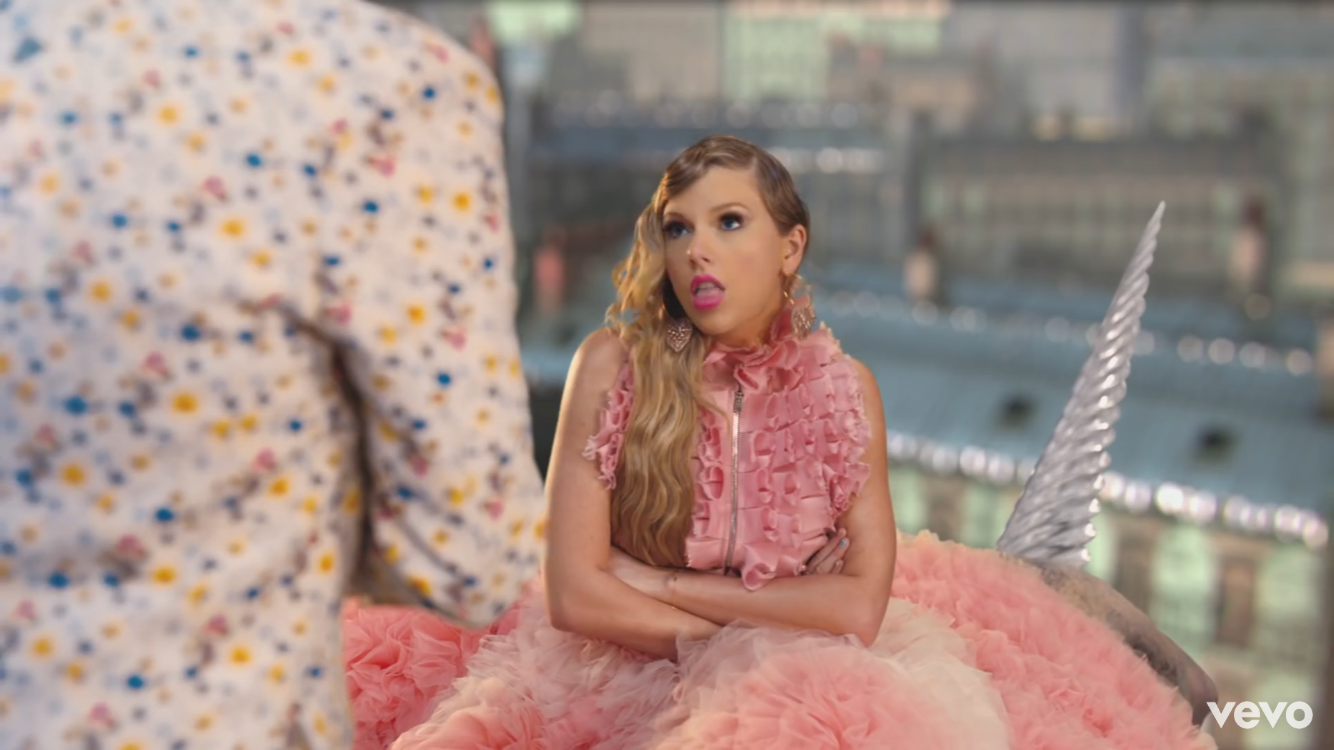 So what does “Me!” have to do with Taylor’s gayness?

Even though Taylor’s been rumored to be gay, there were never any hints of her coming out. This changed during Reputation.  It seemed, to us Kaylor stans at least, that she had become bolder. This increased a hundredfold when she started releasing hints for TS7, many of which were sapphic and queer in nature.

The obvious: rainbows, glitters, cats. During her Time 100 Gala performance, while singing “New Year’s Day,” she sang “her midnights” instead of “your midnights” twice.

April 26 is celebrated worldwide as Lesbian Visibility Day. And if you know anything about song releases, there are only three ways to announce it: “Listen to [song].” “[Song] is up.” “[Song] is out now.” Guess which one Taylor used? 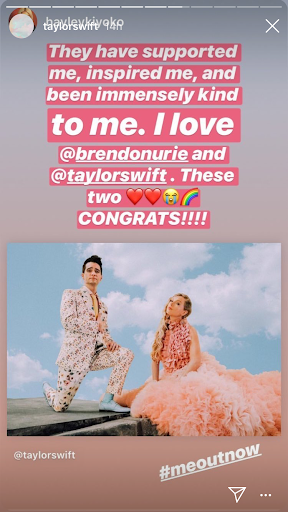 String that together, what does that spell out (spelling is fun!)? Me. Out Now. On Lesbian Visibility Day.

And remember, there is one thing that Taylor is known for: everything she does is deliberate.

Editor’s note: Gaylor will remain a theory until Taylor says it herself. Now, we’re just glad to know that Taylor is a queer ally—we hope she really is.

SHARETwo months ago, my fellow Scout writer Giselle talked to a young Lumad...