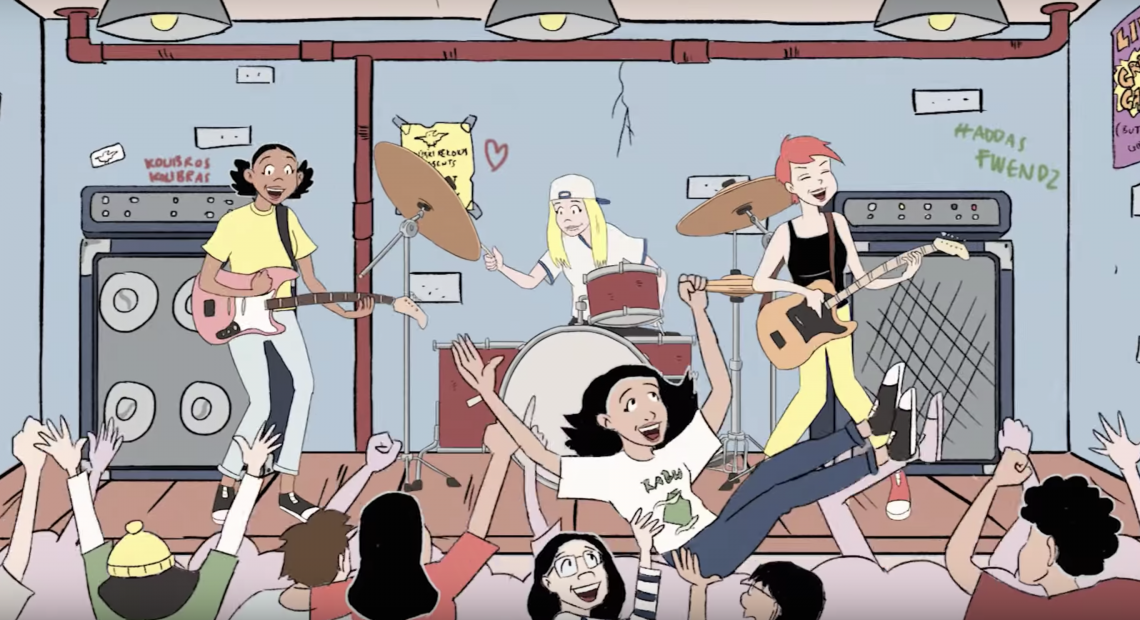 Yogyakarta-based band Grrrl Gang dropped their music video for “Dream Grrrl,” which mixes good rock n’ roll with youthful charm. Released last June 25 under Kolibri Rekords, the band took a homey approach on a music video. Filmed in a house through a handheld cam, it gives you a personal perspective on these homegrown bands. It does not try to be distant nor does it try too hard–and this is precisely why we’re in love.

The video is almost reminiscent of our local music scene, which cultivates the idea of a new unified era. Perhaps this means we’re finally creating a collective rooted from the same love and fascination for indie. Or maybe this is an inevitable fuse for the youth with resembling cultures growing up. Either way, Grrrl Gang’s new visuals stray far from the West, and we’re proud brothers and sisters. Their Manila visit which happened in Mow’s last June 29, hosted by Almost Crimes with Kolibri Rekords, was just the beginning.

Watch ’til the end. We swear it’s worth it.