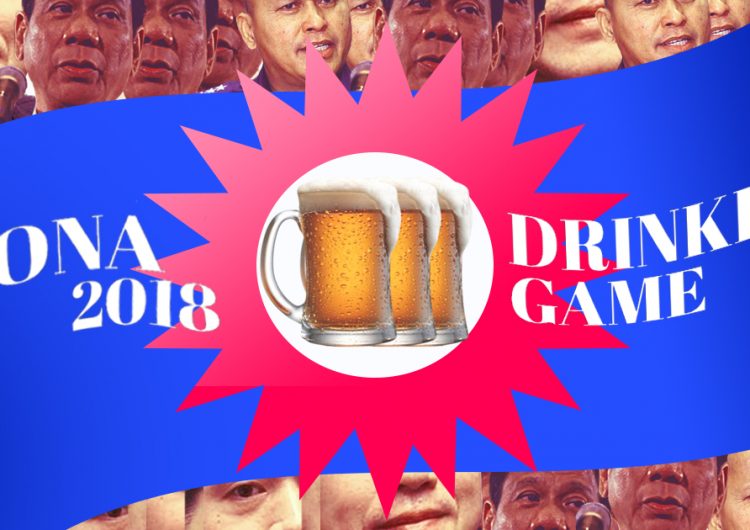 It’s that time of the year again–no, it’s not Christmas. The President is set to deliver his third State of the Nation Address today. As with every SONA, leaders have tropes and words they just can’t seem to take out of their vocabulary. Although the Filipino people may be tired of hearing the same things over and over again, we can’t help but anticipate.

What you’ll need: Cups, hard liquor (can be gin or tequila), beer or a cocktail, a whole lot of courage and patience for bullshit.

Take a shot every time…

3. He criticizes the United Nations

4. He mentions Trump or the United States

Bottoms up every time…

2. He says “Putangina” and any curse word

3. He accuses and criticizes media

5. The audience gives him a standing ovation 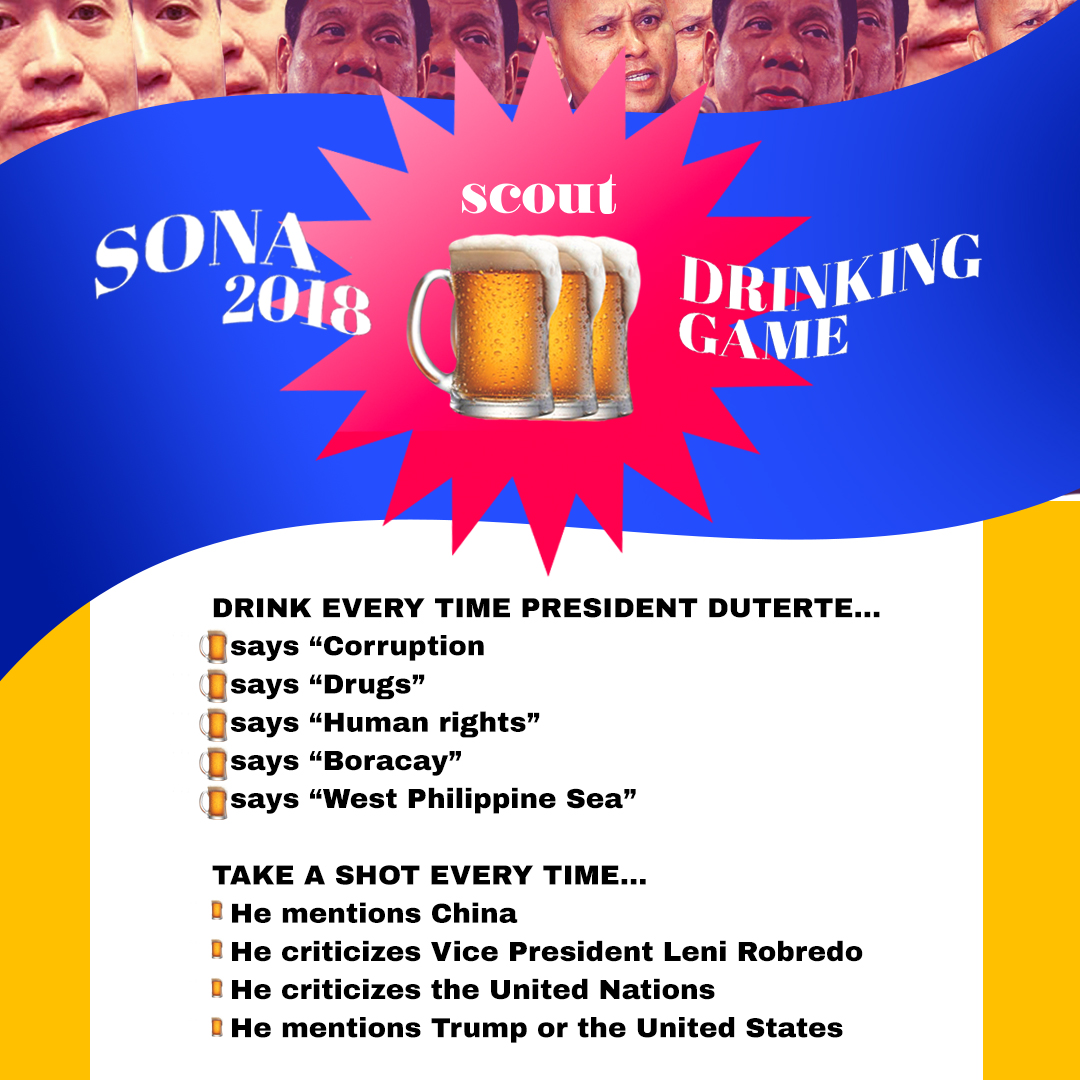 After the fun and games, remember to take matters about the country seriously too. Remember that these hopes and promises are taken by heart by some Filipinos, and the President’s words are more than just a drinking game. In the meanwhile, let’s hope for the best and perhaps some new solutions on the country’s current devastating state. Also, cheers!

Featured image by  Bryan Sochayseng
You know what’s cool? Newsletters. Get exclusive updates on everything SCOUT through our newsletter. Sign up here.

SHAREThe president and his administration’s War on Drugs, we’ve been saying for as...