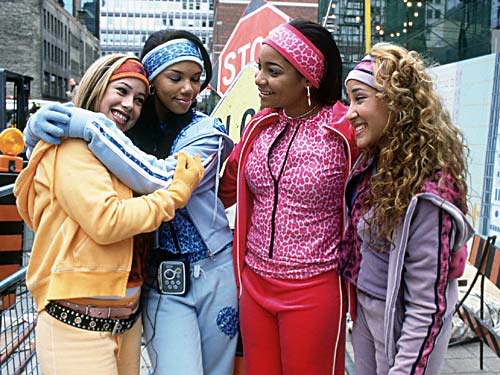 The fact that Disney is coming out with its 100th original movie today just calls for a major movie throwback featuring some Disney channel gems you may have watched before. No, I don’t just mean High School Musical and Camp Rock (which seems like the only two movies people rave about). I mean the other Disney Channel Original Movies that also embody the Disney channel spirit and are amazing in their own right. These are films that people might have passed over the first time around and they need your attention.

So ready your feels for these underrated movies. After all, it might be the start of something new.

This Halloween movie is a Disney Channel classic. I remember being in awe at this town full of supernatural creatures as I stepped in the shoes of Marnie. Over the course of the story, Marnie finds out that she’s a witch, along with her mother and grandmother. With her newfound powers she is tasked to save Halloweentown from Kalabar, the evil mayor of Halloweentown. Three more movies continued Marnie’s story (including Halloweentown High, which saw Marnie enrolling at a normal high school – a movie I also adored), but nothing beats the first film.

Either your lying or you’ve never really listened to these girls sing. While watching this movie it’ll be hard to resist singing along to these girls’ addictive and catchy songs. Disney Channel is just great at making musical movies and writing original songs that get stuck in our heads. This movie is one of the very first musical films in Disney’s now impressive lineup. Nothing screams “girl power’” fiercer than the Cheetah Girls, and their three movies for the channel are enough to prove it.

This movie is every person’s nightmare. Jamie’s personal journal gets printed and made into a best-selling novel which everyone then reads. She then becomes famous as the nation falls in love with her novel, until they find out that the characters in her novel are actually Jamie’s high school classmates. All hell then breaks loose.

Disney Channel has once again created an original story that embodies our wildest dreams. In this film, they come in the form of three awkwardly cute time traveling guys that use their scientifically-assisted “powers” to save the world. Or at least they try to save the world. The dynamics between the characters and the back-stories of each one are well-thought out and the story is well-written. You can’t help but fall in love with the whole movie.

I feel like it is almost every teen girl’s dream to have a pop superstar fall in love with her. That’s basically the main premise of this movie which focuses on the life of Jessica and her chance romance with pop star Christopher Wilde. The movie also features original music that makes you want to sing and dance all throughout the film. The love story is pretty kilig, as well.

I feel like everybody I know stopped watching Disney after the release of Camp Rock 2 when all our favorite Disney channel shows ended and stars left the channel. So not enough people saw this beautiful story of five high school kids that met in detention and decided to make music together. Yes, it is another musical from Disney but I think that it is better than your typical musical film as it actually goes in-depth in the lives of the five characters. What’s refreshing about this movie is that it doesn’t focus on love or feature typical mean girl characters at all. Again, this is not a love story. It is a story about friendship, family, and fighting for what you believe in.

SHAREMissed your boy No Rome after his Coachella debut? Don’t fret. He’s got...

SHARESo, here’s the deal: there’s an asteroid called Bennu that comes around every...