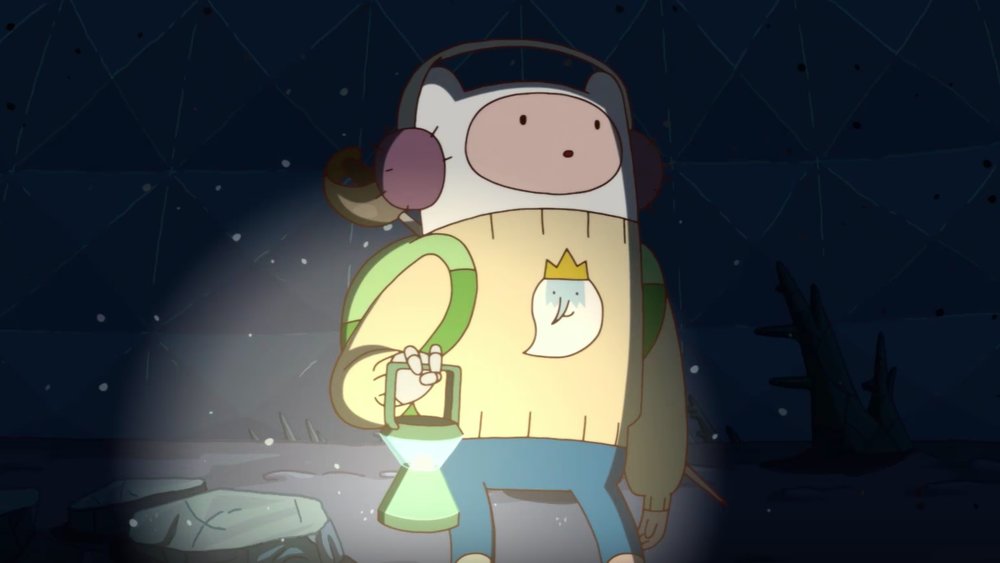 I have three vices: coffee, alcohol, and kids’ cartoons. I never take away cartoons among my daily habits. Adventure Time played a big role in that. Back when it first aired, I was amazed how it appealed not only to younger audiences but also to young adults who were immediately hooked. My previous cartoon experience was limited to reruns of classics like Codename: Kids’ Next Door and Disney’s The Replacements. I wasn’t watching new cartoons at all. None of them appealed to me like the ones laced with childhood nostalgia.For a lot of people the first word that people think of when they think of Adventure Time is weird. Not a lot of kids’ shows had Adventure Time’s appeal. The New Republic discussed the show’s charisma using words like “trippy” and “weird.”

To avid watchers like me, “trippy” or “weird” doesn’t do the show justice at all.

The summer before I started college, I turned on the television and there it was. I caught the episode where Finn the Human and Jake the Dog were on a quest to find the Enchiridion. I didn’t know who these characters were or what the Enchiridion was, but I wanted to know more about this zany world bathed in pastel. I ended up watching the whole episode, my eyes glued to the TV set and my butt glued to my seat.

At the time the show aired, Adventure Time was not your average, run-of-the-mill kids’ show.

Adventure Time told the story of brothers Finn the Human (allegedly the last human in the show) and Jake the Dog (a talking dog with magical stretchy powers) going around for adventures in the post-apocalyptic Land of Ooo. At the time the show aired, Adventure Time was not your average, run-of-the-mill kids’ show. The show had so-bad-it’s-good puns and GIF-able lines, cute characters and heartbreaking story plots, and an overwhelming sense of life.  Like everyone else, I first thought the show was weird as shit. But as I grew more attached, watching reruns of season one episodes, I understood everything.

One of my favorite episodes is “I Remember You.” It features Marceline, a vampire-rockstar, and the show’s misunderstood villain Ice King. I developed a sentimental attachment to the story after watching it at a time I grappled with the fear of losing my 78-year-old father.

I developed a sentimental attachment to the story after watching it at a time I grappled with the fear of losing my 78-year-old father.

Marceline wanted Ice King to remember their father-and-daughter-like bond before the Great Mushroom War. The signs of dementia I witnessed my father go through hinted at how painful it must have been for Marceline. The Ice King/Dad can go any day. Marceline and I both insisted they’re there and we can still make the most of the time we have now.

“When bad things happen, I know you want to believe they are a joke, but sometimes life is scary and dark. That is why we must find the light.” —BMO, “The Creeps”

Life remains perplexing today as it was when I was eight. None of us has a clear idea what life really is, like I’m pretty sure, neither do the creators of the show. A kids’ show dealing with themes like mortality, existence and the horrors of war was revolutionary for young viewers like me, but I loved Adventure Time because above all it was comforting.

After Adventure Time aired, I’ve noticed other kids’ shows unafraid of tackling heavy themes emerged. Rebecca Sugar, who worked in Adventure Time, made the powerful and inclusive Steven Universe. Shows like Gravity Falls, Star Vs. The Forces of Evil, We Bare Bears, and Regular Show found their way to older audiences’ hearts because of this. The New York Times dubbed Adventure Time as an animation talent incubator that encouraged a generation: “[Adventure Time] accommodated and cultivated the different artistic sensibilities of each person who worked on the show.”

All things come to an end and so do our favorite shows. This is what I reminded myself last week after learning Adventure Time‘s last episode is set to air an hour-long finale airs in the U.S. tonight.

There is now a Finn-sized hole left in my heart. It might be gone one day, but it will never be forgotten. If the show has taught me anything, it’s to take life as it comes at my own pace. I quote BMO: “When bad things happen, I know you want to believe they are a joke, but sometimes life is scary and dark. That is why we must find the light.”

SHARENow that we’re halfway through the year, we’re slowly seeing one of our...

SHAREBy Samantha Clerigo Every love story has its hurdles to surpass, but this...