No one is doing what Rina Sawayama, one of the few Asian pop stars in Western music today, does. She’s neither K-pop nor J-pop. She’s just Rina—your Asian pop princess who puts growth, sexual exploration and anxieties into a danceable yet relatable bop.

Her first video feature shows her displeasure with comparisons. She rejects being compared with pop greats like Madonna, Mariah Carey or Janet Jackson.

“I was actually thinking about this the other day because someone was like, ‘What’s your goal? World domination?’” Rina shares with me. “To be honest, it’s really hard for me to imagine where I can go because it’s based on pure imagination. I haven’t seen an Asian person or an Asian woman succeed in pop music.” 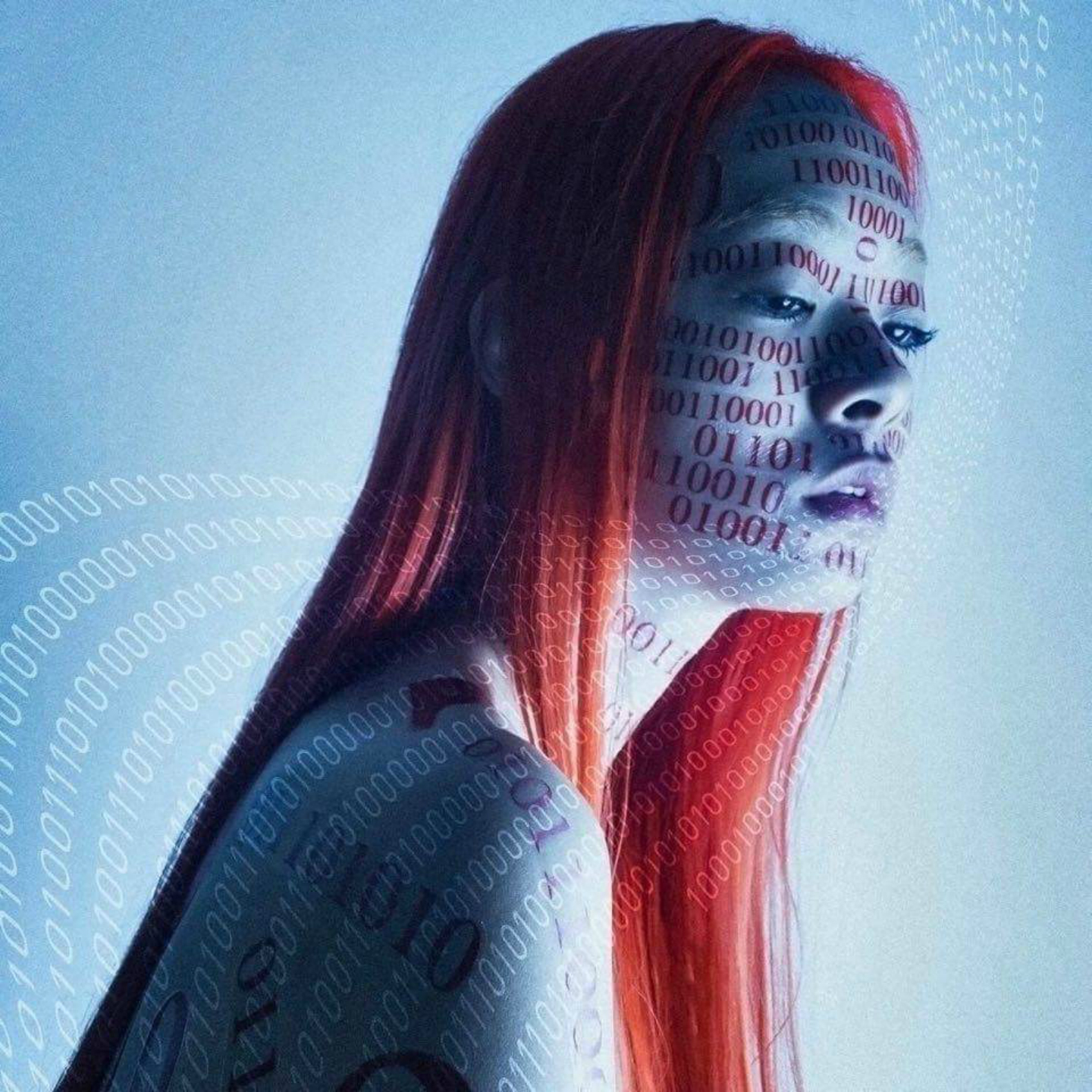 “I haven’t seen an Asian person or an Asian woman succeed in pop music.”

Rina’s unadulterated love for pop was the first thing that caught my attention. She saw it as the music of the future. She loves its complications yet it remains light and fun. Pop played a big role in her life but she’s not just a pop star. First and foremost, she’s a fangirl too. “[Pop] is the sound of the future, really. It’s fun and crazy. I want it to be fun, crazy and innovative. It’s a reflection of the world,” she says.

Rina made waves in the UK music scene around 2017 when her debut album “RINA” skyrocketed into mainstream consciousness. She also caught people’s attention when “Cyber Stockholm Syndrome” dropped in “The Fader.” The vide’s retro-futuristic elements mixed with her digital bubblegum pop and R&B sound paved her way to become one of 2017’s breakthrough artists.

She broke through Western barriers after her inclusion on The Guardian’s 18 for ’18, the 2017 Dazed 100, and Pitchfork’s Best Pop and R&B Albums of 2017 lists. The Guardian even called Rina as someone who can “shepard pop music into the future.” But for her fans and Asian girls like me, Rina is the projection of our wildest dreams.

This Japanese-British musician’s determination and passion have earned her accolades. Her tracks go from simply sharing anxieties due to social media to queer, meet cute moments in the subway. Four hit singles and a year after her album was released, Rina continues to elevate her sound as she grows as an individual.

And it’s this love for pop music that has pushed her own brand even further. “That’s why ‘Cherry’ is a new sound compared to the ’90s sound [of “RINA”]. I’m listening to Southern All Stars, which is a Japanese band that my dad listens to. Their songs are amazing. I’m listening to a lot of Japanese music,” she says, sharing insight on her new single.

No one was as excited about the music video for “Cherry” as Rina. Her new direction will definitely be new to us fans. “It’s not what people are going to expect from the song. The references (are) nothing that you see in current videos. I just love it. I can’t wait for people to see it. It’s very weird and it’s very tactile and gentle. I’m so excited for it to come out. It’s probably one of my favorite videos!” 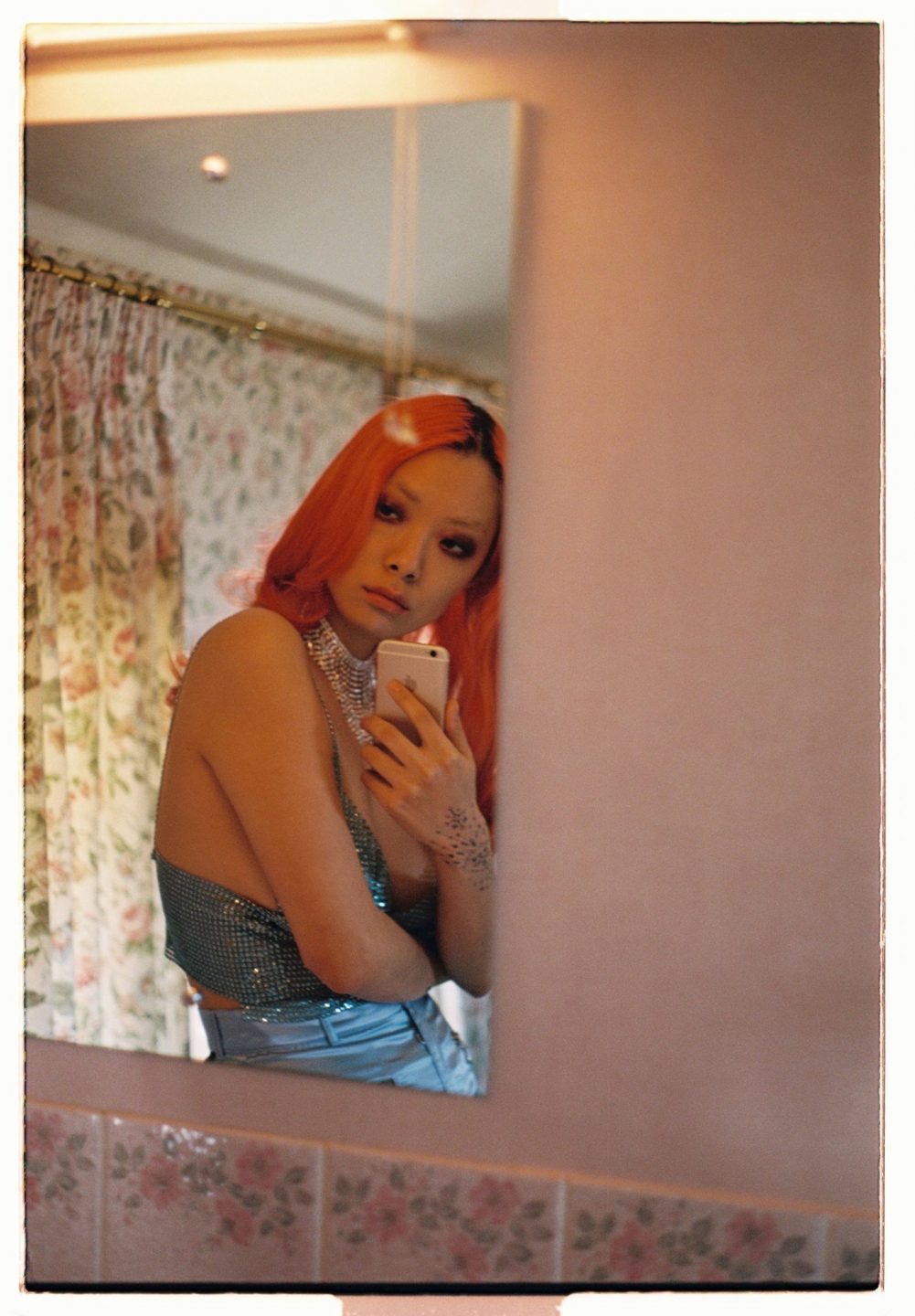 “Cherry” is not your usual Rina Sawayama track in the best way possible.

“Cherry” is not your usual Rina Sawayama track in the best way possible. It’s a slow deviation from her previous ’90s R&B-inspired debut album. The single welcome elements of ’80s Japanese city pop by doubling the crisp electric drums and synthesizers to boot. The track tells the story of Rina falling into a meet cute with a girl on a subway—a thing we all fell victim to in our daily commutes. It’s a queer love anthem in the making with a fresh bubblegum pop feel.

Her attachment to “Cherry” doesn’t end with exploring new aesthetics and sounds. The track is more personal than people think. Last month, she came out as bisexual and pansexual in her Broadly interview and this track was her way of being honest to herself. But, she admits that wrestled with internalized biphobia.

“I’ve just never been able to write a heterosexual [love] song. It’s just not me at all. I’ve lived with this internal biphobia for such a long time. It’s like through my music I’m healing,” she says. “Pop is what saved me.” 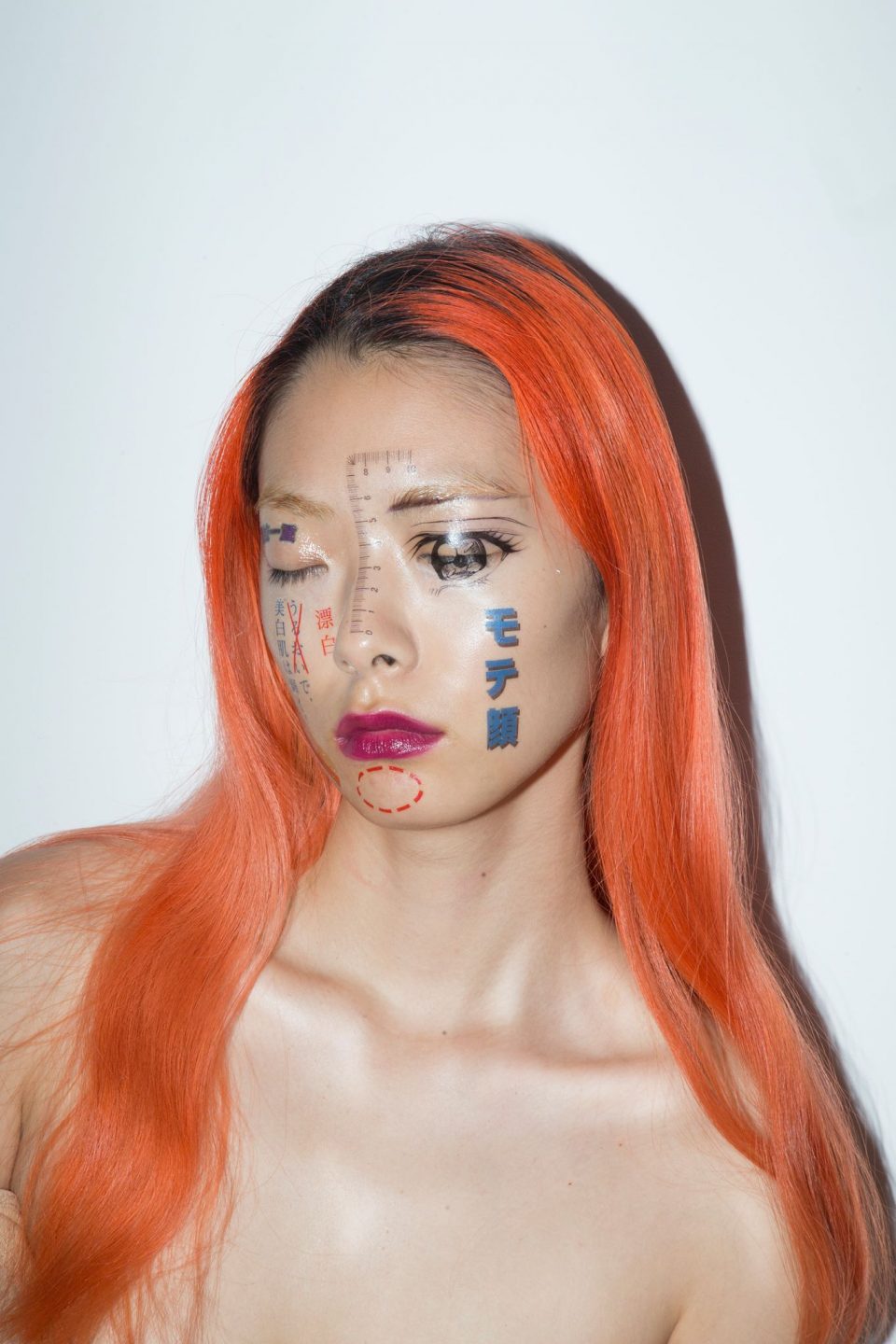 “But even just visually, people haven’t seen a person who looks like me, someone who’s Asian to top the charts, someone who won multiple Grammys or do a pop performance on VMAs.”

“Pop music can be difficult. The challenge here is to make it sound as easy as possible, but it’s actually really hard,” Rina says. “I went to a Demi Lovato concert. There was just this energy in the air during Demi’s concert. Everyone was just so connected. It was so emotional, especially when she sang ‘Sober.’ People were holding up signs like: ‘I’m sober because of you.’ And it was what pop music can do. It’s incredible.”

I never knew if Rina was aware that she’s doing the same thing for her fans like me. I don’t blame her if she doesn’t see her impact as an Asian woman in the Western soundscape immediately. Rina didn’t have someone like her growing up. That uncertainty is frightening. But it also dawned on me that maybe that’s how icons are born.

“These people weren’t there when I was growing up like Mitski, Hayley Kiyoko or Japanese Breakfast. You even have ‘Crazy Rich Asians.’ These are all just happening now and it has made things easier,” she reasons. “But even just visually, people haven’t seen a person who looks like me, someone who’s Asian to top the charts, someone who’s won multiple Grammys or do a pop performance at the VMAs.”

She pauses and contemplates for a second. “Those are the hardest things I have trouble imagining.”

A year after the release of her mini album and with a new music video on the way, we can clearly see that the future of Rina’s pop career is bright. I agree that she is shepherding pop music to a bright and exciting tomorrow. She is leading pop’s bright tomorrow by being herself, an incomparable original, flaws and all.

We’ve been waiting for a pop star like her for so long and here she is. Authentic, fearless to a point and taking life as it comes—that’s why Rina is a pop star for everybody.

SHAREIt’s one thing to want to promote world peace and prosperity as a...

SHARE2020 started with a whirlwind of crazy for the LGBTQ+ community and its...